The Tour de France. Lycra. Fending off swooping magpies during the Australian springtime.

Cycling is perhaps the most iconic type of physical activity of them all, and as a mode of transport, has been proposed as a potential solution to the global pandemic of physical inactivity. Yet detractors argue that cycling comes with additional costs and safety concerns, and requires an overhaul of existing infrastructure in order to be a safe and accessible means of transport for the general population. How does cycling weigh up as a strategy to increase incidental physical activity?

The headwind vs the tailwind: What are the health benefits and what are the risks?

Active commuting via bicycle is not very common in countries such as Australia or the UK, where driving remains the dominant form of transportation. In 2011, cycling represented 1% and 3% respectively of the population’s method of travelling to work1,2.

Nevertheless, large population-based studies have shown that cycling as a mode of transport is associated with a lower risk of cardiovascular disease, cancer, and all-cause mortality, and may be a more beneficial form of commuting than walking3,4. Getting on a bicycle and leaving the car at home has a positive societal impact too, helping to reduce air pollution and greenhouse gas emissions, and reduce traffic congestion.

Being a cycling commuter does pose some potential hazards, however. The risk of being involved in a traffic accident may increase, particularly in city centres and areas lacking supporting infrastructure – and crashes and collisions could result in injury or fatality. Cycling commuters may also be at risk of inhaling more air pollutants due to the increased breathing rates associated with physical activity. A small number of observational studies suggest that exposure to in-traffic air pollution may lead to airway inflammation and decrements in lung function in both healthy adults and those with existing lung conditions5.

When the benefits and risks are weighed up directly, the estimated health benefits of cycling are substantially larger than the health risks. One study showed that if 500,000 people in the Netherlands swapped their car for a bicycle for short trips on a daily basis, 3-14 months of life would be gained as a result of increased physical activity levels, compared to the smaller harmful effects of inhaled air pollution (0.8-40 days lost) and increase in traffic accidents (5-9 days lost)5.

When Copenhageners own five times more bicycles than cars and Crown Princess Mary herself takes the kids to school in a cargo bike, you know the title of ‘world’s best city for cyclists’ is well-deserved.

Active commuting is part of the established culture in Copenhagen and can be attributed to the favourable cycling conditions in the city: dense urban proximities requiring short distances to travel, flat terrain, and an extensive and well-designed system of cycle tracks that are clearly separated from the roads by a curb.

A two-wheeled ride off into the sunset

Cities like Copenhagen illustrate just how much can be done to increase active commuting in the general population, and we can certainly learn from their strategies to improve the safety of cycling commuters: segregated cycle lanes, bicycle hire and purchase schemes, secure parking, facilities for bicycles on public transport, to name a few.

‘The bicycle is a valuable means of transport in its own right and should be treated as such’, declares the Cycling Embassy of Denmark. And if governments and policymakers can make cycling safe, convenient and accessible – then people will ride. 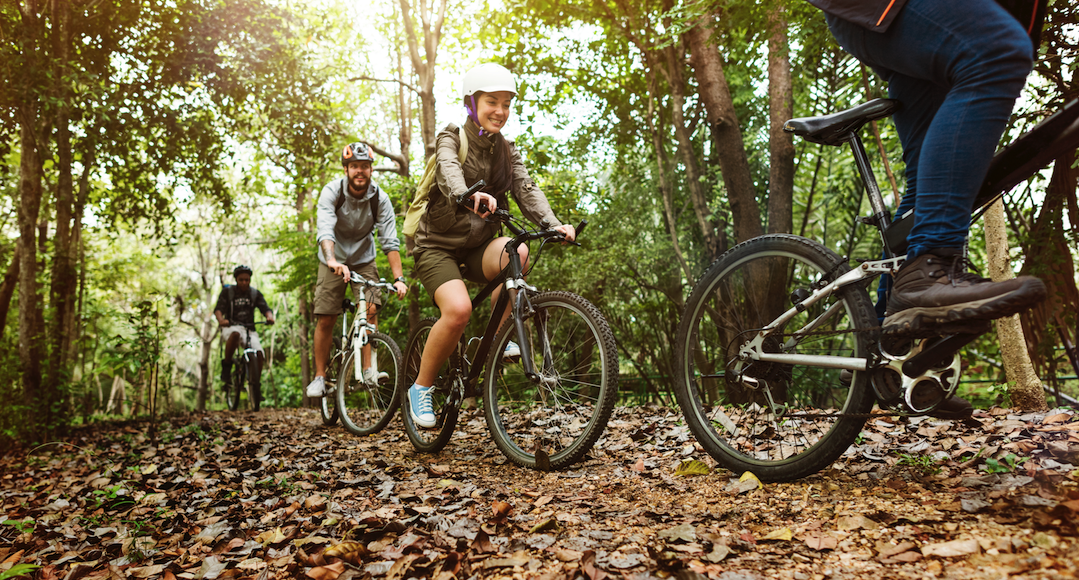 Sonia Cheng @soniawmcheng graduated from The University of Sydney with a Bachelor of Applied Sciences (Physiotherapy) (Honours Class I) in 2014. Sonia is currently employed as a physiotherapist with Royal Prince Alfred Hospital and Westmead Hospital in Sydney.