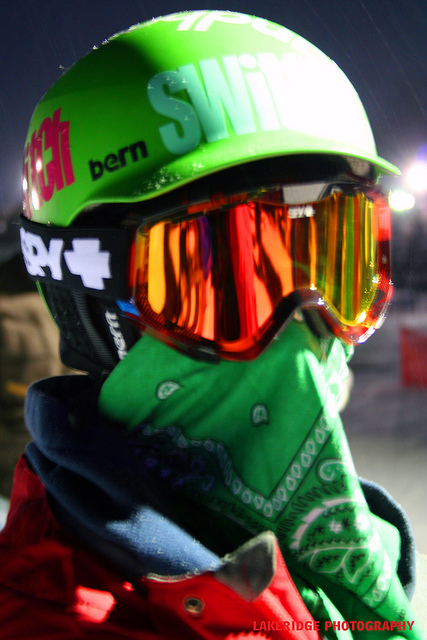 The Canadian Paediatric Society has called for legislation mandating helmet use for all skiers and snowboarders. The Society says that through mandatory helmet legislation, governments can send a strong message that helmets are important and reduce the risk of brain injury and disability.

For the record, I am a strong advocate for helmets for skiers and snowboarders and have been so for years. I just do not support, with all its attendant issues and challenges, mandating their use. Public education and public awareness is more effective, cheaper, no public/user push-back, etc, etc. And with no taxpayer-funded inspectors roaming these facilities armed with citation books and empowered to hand out fines and other penalties.

Terrible tragedies, including the skiing death of actress Natasha Richardson at Quebec’s Mont Tremblant in 2009, always spark discussion and debate about wearing a helmet when skiing or snowboarding. Should skiers and snowboarders wear helmets?  Without question, the answer is yes!  Helmets are proven critical life-saving and injury -prevention equipment. A Norwegian study published in February 2006 in the Journal of the American Medical Association found that using a helmet was associated with a 60 percent reduction in the risk of head injury. Blows to the head are among the most devastating and lethal types of injury. Although head injuries are quite rare, an estimated 60 percent of skiing fatalities involve a head injury. Even if it is not fatal, such an injury can have lifelong consequences.

Some experts do question whether helmet use also prevent the most serious types of head injuries while skiing and snowboarding. Dr. Jasper Shealy, an American researcher who is recognized as an expert on the subject, supports helmet use but points out the rate of skiing fatalities has not dropped despite much greater helmet use on the slopes. In other words, helmets just cannot prevent catstrophic injuries in some ski hill accidents.

While children are most likely to wear a helmet, the recent surge in helmet use on Canadian hills, according to the Canada Safety Council, is reflected in all age groups. Today’s helmets are so light and stylish that many skiers consider them not only effective safety equipment but also as a fashion accessory. According to the Canadian Ski Council, helmet use has risen dramatically over the last few years for skiers and snowboarders. Nova Scotia, which recently passed legislation mandating helmet use,  already had one of the highest rates of helmet use on ski hills in Canada at 88 %.

The Canada Safety Council does not favour mandatory helmet use, which brings into question enforcement and its related challenges. Public education, public awareness, commonsense, adults and parents teaching by example, and working with operators to further educate skiers and snowboarders  are the way to go to get that many more skiers and snowboarders to wear helmets on the slopes.

Injury prevention in high level snowboard: A need to return to first principles?

Is high level snowboard too dangerous to allow your children to participate?

Concussion: how do we reconcile risk-averse policies with risk-taking sports

We join the world in mourning Sarah Burke

Concussion Position Statement: Why it’s not a KO.