In an attempt ‘to create a world leading Academy system that serves to provide more and better home grown players,’ the English Premier League initiated the Elite Player Performance Plan (EPPP) in 2012[1,2]. Accordingly, the amount of coaching received by players rose from 3-12 to 4-16 h·player-1·week-1 when progressing from under 9 to under 21 age groups in the highest standards of classification. This initiative sought to offset the deficit in coaching hours that existed for players within English youth soccer systems compared to those offered by European clubs and other British youth development programmes outside of soccer.

The injury incidence of youth soccer players increases with chronological age, exposure to training and match time, and during peak height velocity and adolescence.  Rates of 1.32 injuries·player-1·season-1 (inducing a mean time loss of ~22 days·injury-1) have been reported from six clubs engaged in the EPPP during the 2014/15 season[3]. Paradoxically, such data appears to have increased from before the EPPP’s introduction (1999-2001), where 0.40 injuries·player-1·season-1 were reported[4]. Given that injury reduction in youth soccer is considered a priority area for the English Football Association[4], it is not surprising that staff outside of the immediate medical team such as sports scientists and strength and conditioning coaches also contribute to the delivery of injury risk screening and prevention strategies[5].  However, the importance placed on the potential for nutritionists to positively influence performance via injury prevention and rehabilitation practices is unclear; especially, given the limited mention of terms such as “nutrition” and/or “diet” in the original EPPP guidance documentation[1,2].

The energy intake of adolescents should meet both the demands of activity-related energy expenditure and the growth and development needs of the individual[6]. Conversely, inadequate energy intake is implicated in impaired bone health in both male and female youths[7]. Similarly, the intake of specific micronutrients, such as iron, vitamin D and calcium, also influence skeletal health and have specific recommendations associated with their intake for active adolescent populations[6]. With this in mind, and acknowledging the potential influence of methodological limitations of the protocols employed (e.g., underreporting), it is surprising that the nutritional practices of youth soccer players may be less than optimal; specifically, with regards to achieving overall energy balance, consuming adequate amounts of micronutrients, adhering to authoritative nutritional guidelines, and optimising the balance of macronutrient intake over the waking day[6,8].

Accepting that published findings may not reflect the practices of all soccer clubs, and that longitudinal studies are lacking, it is plausible that chronic exposure to inadequate energy intake, and deficiencies of specific macro- and micro- nutrients, while undertaking high training volumes and competitive loads, may impair short and long-term performance and predispose a susceptible population to injury due to incomplete musculoskeletal development.  Adopting the premise of “assess then address” may provide a framework for soccer Academies to, 1) observe/audit current practices and thus establish whether key principles perceived to occur actually do so, and 2) rationalise specific interventions. For example, investigation into the estimated energy intake and expenditure status of Academy soccer players (i.e., assess) may yield insight into subsequent dietary modification(s) required to support maximised performance preparation and/or improved athlete health thereafter (i.e., address).

Contrary to the mandatory requirements for ‘interdisciplinary specialists in the sports science and medicine team’ stipulated by the original EPPP documentation (e.g., those associated with sports science, medical services, psychology, match analyst, physiotherapist etc.), nutritionists at all categories of Academy are typically considered at the discretion of the Academy manager[1,2]. While the purpose of this correspondence is not to undermine the EPPP or current injury prevention strategies being employed at soccer Academies, it does serve to increase awareness of the possible impact that nutrition may have on the complex and multifaceted problem of maximising performance while promoting long term player health. Accordingly, researchers, practitioners, Academy management staff, policy makers, and auditors are encouraged to consider the role for nutritionists within the structures of soccer Academies both within the English system and further afield.

Positive effects will likely result from a levelling of the playing field such that those responsible for the nutritional practices of youth soccer players are mandatory requirements of the EPPP’s stipulated staff teams and are not merely considered “discretionary” members of the sports science and medicine department. Thus, Academy managers wishing to enhance the development of their youth soccer players should seek to employ the services of appropriately qualified (and/or mentored) individuals with demonstrable and quality-assured qualifications and experience who also adhere to codes of conduct and ethical practice guidelines (e.g., those on authoritative registers such as the Association for Nutrition’s UK Voluntary Register of Nutritionists, and/or the British Dietetic Association’s Sports and Exercise Nutrition register). Not only are the performance consequences of days missed through injury and illness critical to performance outcomes, but as the majority of Academy recruits fail to play professionally, encouraging life-long principles for healthy living, which encompass responsible eating and nutritional education, is certainly “food for thought.” 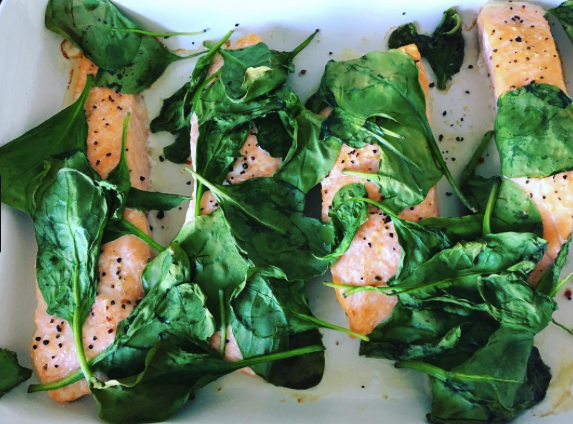