Gentlemen, if there was ever a reason to meet the physical activity guidelines, this is it. A systematic review and meta-analysis published in BJSM this year has suggested that physical activity interventions, particularly moderate-vigorous intensity aerobic activity, can improve erectile dysfunction.

Erectile dysfunction is the persistent inability to achieve or sustain an erection sufficient for satisfactory sexual performance1, with prevalence rates ranging from 2% to 9% in men under 40 years and from 10% to 71% in men over 70 years2. That’s an estimated 322 million cases worldwide by 20253. And while we can certainly imagine how this sexual disorder might deteriorate quality of life, erectile dysfunction is also a predictor of future cardiovascular disease (CVD). In fact, it is often the first manifestation of endothelial dysfunction in men with underlying systemic CVD4.

The first-line treatment of erectile dysfunction is pharmacological therapy, but physical activity has increasingly been recognised as an important treatment and prevention strategy, mainly due to the improvements in endothelial function associated with regular moderate-vigorous intensity physical activity (MVPA).

It’s all about blood flow, baby

The penile erection is dependent on the release of nitric oxide, which relaxes the smooth muscle of the penile blood vessels and leads to the engorgement of the cavernous and spongy bodies5. In the presence of endothelial dysfunction, however, there is a lower availability of nitric oxide and thus impaired vasodilation in the penile vasculature.

Regular physical activity is thought to improve endothelial function by reducing oxidative stress and restoring the balance of vasodilator and vasoconstrictor substances production6, resulting in an enhanced availability of nitric oxide and – hopefully! – a happy ending.

The results of the systematic review

Seven randomised clinical trials of 478 participants with erectile dysfunction were pooled in the meta-analysis. There was a moderate-to-high risk of bias in the trials due to questionable assessor blinding, and the inability to blind participants and therapists due to the nature of the intervention. All seven trials used the International Index of Erectile Dysfunction (IIEF) to measure changes in patient-reported erectile function, and follow-up ranged from 8 weeks to 2 years.

Pooled data showed an improvement in erectile function score of 3.85 points (95% CI 2.33 to 5.37) following the physical activity intervention. This effect does not exceed the minimal clinically important difference (MCID) for erectile function score, which has previously been identified as 4 points7, but the MCID is known to vary widely according to severity of erectile dysfunction at baseline. Promising evidence indeed, that MVPA should be prescribed alongside pharmacological therapy to treat erectile dysfunction.

Only one of the seven trials, which included older functionally debilitated men with existing CVD, did not show a significant improvement in erectile function score8. The authors suggest that these participants were likely on medications (e.g. beta-blockers, diuretics) to manage their CVD, which can impact negatively on both erectile dysfunction and exercise tolerance.

And what about for women?

The long and the short of it

So gentlemen, on days when the motivation to be physically active is in the realm of negative values, think back on this systematic review – the benefits you gain from regular physical activity may just carry over into the bedroom too. 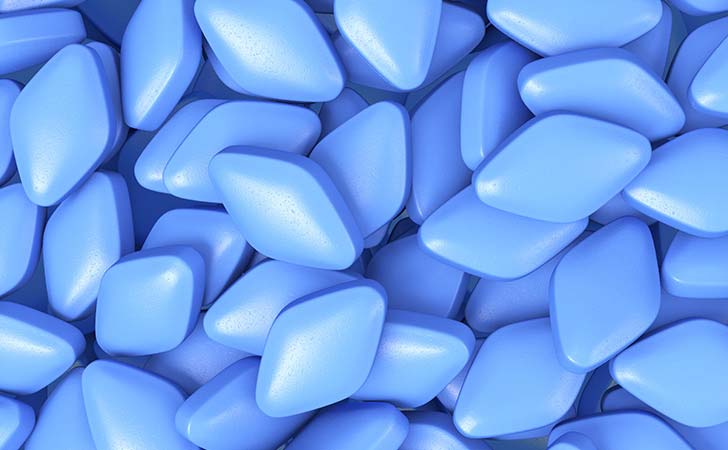 Link to the full paper

Sonia Cheng graduated from The University of Sydney with a Bachelor of Applied Sciences (Physiotherapy) (Honours Class I) in 2014. Sonia is currently employed as a physiotherapist with Royal Prince Alfred Hospital and Westmead Hospital in Sydney.