My interest in strength and conditioning started after watching an evening lecture from Raphael Brandon. I was intrigued by the theory behind exercise prescription. Also, physiotherapy seems to be moving more and more towards exercise as the mainstay of treatment, as seen in the recent NICE guidelines for low back pain1, so this seemed like the right path to follow.

For those of you lucky enough to work with S&C coaches you will have them on hand to guide exercise prescription. However for most of us working in physiotherapy teams, having more of an S&C background can offer valuable insight into the best way to strengthen and prepare a patient for their activities whether that is a seasoned marathon runner or a stay at home parent with children to carry.

It has been refreshing in learning about S&C to put injuries to one side and focus on the most effective way to plan an exercise programme. Many physiotherapist’s are preoccupied with making an exercise look like the movement or sport they are trying to rehabilitate their patient to i.e. giving a patient who plays football a ball to use in an exercise. However when if you break down the amount of time a footballer spends with a ball over 90mins it amounts to 90s2! The rest of the time is spent running, changing direction and jostling for the ball. Obviously a lot of the time a footballer is training involves a ball but unless you break it down in to the components of a skill you have no overload. This is what S&C essentially comes down to, ensuring specific adaptations to imposed demands. We need to understand the way a force is developed in the sport/activity we are interested in and in the exercise we are choosing to prescribe to get the desired outcome.

There are some general principles that I now use daily that are key to exercise prescription. Firstly a needs analysis, which is something we all do to some extent but it formalises the process of deciding where a person is dysfunctional for the activity they are struggling with. The diagram below outlines this: 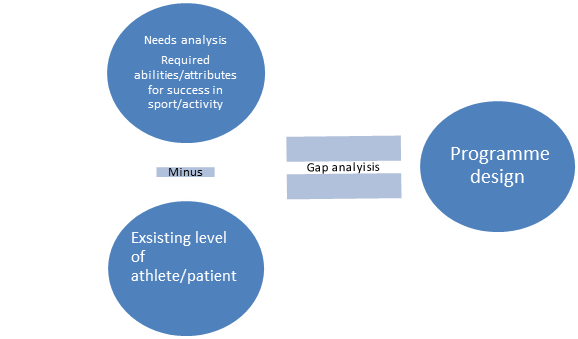 Once you’ve specified the activity and what one would need to perform that successfully/pain free then you would look at the gap between the person in front of you vs. the ideal attributes they need. Once you know this, targeting their exercise should be much easier.

The needs analysis and the selection of exercises both incorporate the principle of dynamic correspondence described by Siff and Verkoshansky3. This is a guide on the different aspects of the activity to consider and how the exercise you are choosing will correlate to it.

Unless you are doing the exercise itself i.e. kicking a ball you are not going to be 100% specific, however as discussed above in order to overload the components you need to break it down into parts. We will use the example of squatting and sprint ability in football: 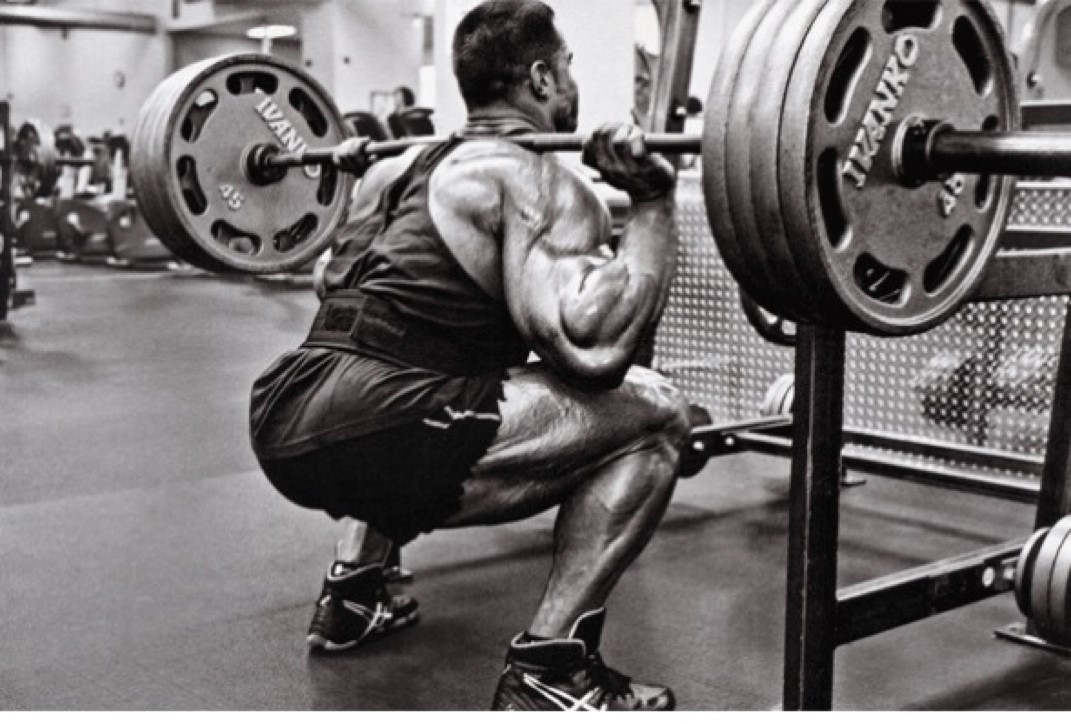 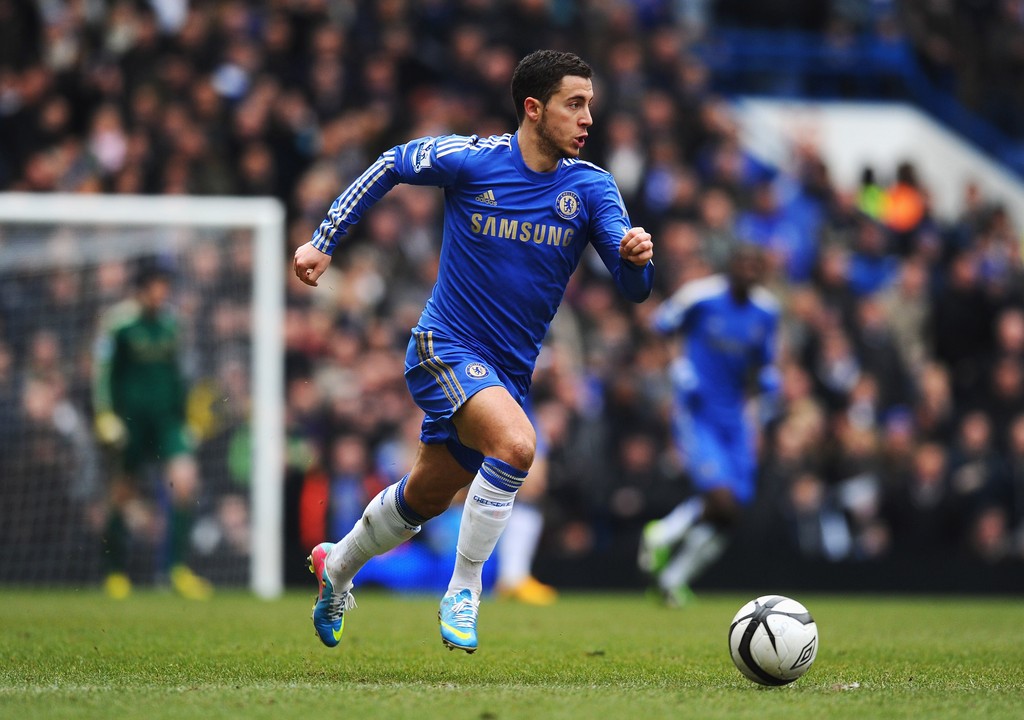 There are 5 key aspects to consider:

This is the most familiar principle in that we are looking at the direction of force relative to the performed movement.

The squat does not look like a sprint however the lower limb movement of the hip, knee and ankle triple extension on the ascent on the squat is similar.

The transmission of force from a flexed position to full extension in the squat is similar to the explosive action a footballer will need to perform when starting to sprint.

The peak rate of force production of a footballer sprinting is within 100 – 200 ms4 and for a squat is 300ms5 therefore it may not be as fast as it needs to be, however you may choose to use a lighter load at performed at maximum speed to improve this. It has been seen that 40-50% of 1RM achieves peak velocity and power in a squat.

The training stimulus and effort needs to be greater than the sporting skill or activity we are training for, which in a heavy weighted squat certainly would be for sprinting over 30m. Peak power for the concentric phase of a squat is 4000W5 and for sprinting it’s 1200W4 in the propulsion phase.

The squat will yield a greater range of movement than the sprinting motion. This means that you are overloading the skill by creating greater strength in a larger range of movement. Based on research football players accelerating the knee angle averages at 89 degrees6, correlates well with a parallel squat (90 degrees).

The greater power needed through the triple extension phase of the squat achieves greater motor recruitment which is thought to be one of the reasons a squat correlates so well with sprint speed in soccer players as the athlete is able to use more of the motor units to generate max speed8.

This was a brief illustration of how strength and conditioning principles can be used to look deeper into the activity or sport you are looking to achieve with a patient. It has certainly highlighted to me over my degree so far that there is a lot more to train than what a movement looks like which can help you prepare your patient or athlete in a more well rounded way for their sport.