My colleagues and I are currently working on a couple of reviews in rugby, and like most reviews, we went back as far as 1980. As we illustrated last year, the majority of rugby research has been published in the last ten years and a relatively small proportion has been produced before the year 2000. 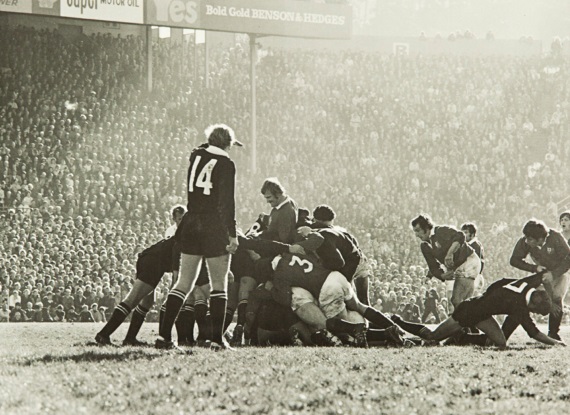 As I scroll titles of articles before the year 2000 to review, I notice how the purpose of studies hasn’t changed much over the last 15 years. For example, in 1999 Garraway et al. published an article titled Factors influencing tackle injuries in rugby union football. Recently, we published a paper titled Tackle technique and tackle-related injuries in high-level South African Rugby Union under-18 players: real-match video analysis. Although the aims of the studies seem similar, after a peruse of both articles, the difference between the two studies soon become evident. Let’s call this difference…progress?

I think Garraway et al.’s paper in combination with other around the same time were essential for the subsequent work on analysing tackle injuries in rugby union. The same can probably be said for the New Zealand’s RugbySmart outputs in the 90s, and the more recent South African BokSmart outputs.

The point of all of this is, what will the next 15 years bring? Knowing the progress we’ve made over the last 15 years, will we still be looking into tackle injury mechanisms 15 years from now? Probably yes. But I think with the advancement of technologies and more exposure to other fields, the way we approach the problem and frame the question will be different.

How has your research focus changed over the last 15 years? And how will it look 15 years from now?