I usually ask my patients:  are you physically active?

The response I receive the most is: I don’t have time to exercise doctor. 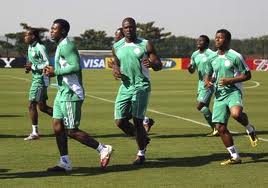 It is a common misconception among the general populace, doctors inclusive, that physical activity and exercise are synonymous. A brief informal survey in my work place also alluded to the fact that clinicians are culpable of not being able to distinguish between the two. Physical inactivity worldwide is estimated to cause about 10-16% of cases each of diabetes, breast and colon cancers as well as 22% of ischemic heart disease. It is also estimated to cause 2 million deaths annually. Also, overwhelming evidence demonstrates that physical inactivity increases an individual’s risk for non-communicable diseases (NCDs), as well as being responsible for about 60% of global deaths.

Statistical data shows that between 25-57% of all Nigerians are physically inactive. The national demographic and health survey 2003 data further said 21% of women in Nigeria were overweight (having a body mass index of > 25). Additionally, two separate studies among young adults (15-49 years) showed 38% and 41% prevalence of physically inactivity. The Nigeria demographic and health survey data of 2008 (A publication of the National Population Commission and Measure DHS, 2009 ) shows the country has a population of 150 million people, of which 48 million are young adults.

One may expect that these figures serve as an impetus for the authorities to accord greater priority to the promotion of physical activity. But this has not been the case. Nigeria still lacks official data on the economic and human cost of physical inactivity, and therefore does not ‘know’ the magnitude of this “disease” and its sequel (non communicable diseases or NCDs) on the Nigerian people. However, one may assume that with figures quoted from the studies above, physical inactivity portends enormous losses to the country in terms of both the human (morbidity and mortality) and financial costs. For example in California, USA the medical cost attributed to physical inactivity in the year 2005 was estimated at US$ 29 billion. The WHO further underscored the importance of the human cost of NCDs as well as physical activity at its 65th World Health Assembly when it adopted a declaration aiming to reduce premature mortality from NCDs by 25% by the year 2025 in all countries. Among the measures to achieve it was the promotion of physical activity. ..

Damilola  A. Alawode (MBChB ile-ife) is a Public Health resident in the Department of Community Medicine, Federal Medical Centre, Ido-Ekiti, Nigeria, a Msc Student (Sports and Exercise Medicine, University of Bath, United Kingdom), an advocate for the promotion of physical activities and a blog writer on Sports and Exercise medicine for Naijamedics.com.

Ann Gates (www.exercise-works.org); A source of inspiration and motivation; and for sharing her resources.

Dr. Stathi Afroditi (Director of studies SEM, University of Bath United Kingdom); for her comments on an earlier draft of this report.