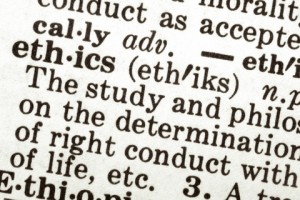 The practice of medicine, by its very nature, is prone to ethical problems and dilemmas. This is even more evident when providing pitch-side or field of play medical care to professional athletes. Whether it is Fencing’s 10 minute or Taekwondo’s 1 minute rule, the medical practitioner is almost invariably pressed for time to assess an athlete in a less than ideal consultation area and make on-the-spot decisions which could potentially end either the athlete’s hopes and dreams of glory or their professional career.

The London Olympic games saw more than 10,000 elite athletes from 204 countries competing across 26 different sports. Considering the current number of UN member states at 193, one can only anticipate an exceptionally diverse population of highly motivated individuals from different cultural backgrounds, all of whom are determined to perform to the best of their ability and beyond.

Cultural differences and their impact on individuals’ perception of and attitude towards injury, pain, suffering, and chivalry can immensely influence athlete’s reactions and expectations. To further complicate matters there is media attention, coaching and support team expectations, potential financial gains, and more often than not, governments’ invested interest in Olympic teams for publicity and propaganda purposes.

Be it repeated injections of local anaesthetic into an injured limb or complacency in providing adequate care, we have all heard of medical team members who for one reason or another, and either by informed choice or through sheer pressure of on the spot snap decision making, have treaded into the grey zone between what is considered ethical and unethical practice.

Such decision making dilemmas became vividly evident to me when, in my role on the Field of Play during the Games, I got involved in assessing and providing medical care to an Olympic gold medal hopeful whose injury meant he would have to leave the competitions without a medal. In addition to an intensely emotional reaction from the athlete and his initial resolve to compete through extreme pain, his medical support team continued to request his return to the competition despite being fully aware of the nature of his injury.

Our team, however, did all that was deemed appropriate at the time and eventually after a factual discussion with the athlete and his coaching team he decided to retire from competition. We further organised investigations and follow up as appropriate and achieved a favourable conclusion, or did we? Well, maybe not from the athlete’s perspective.

On reflection, and after discussion with other senior colleagues, I am convinced our approach was consistent with the best practice in similar presentations to an Emergency Department or outpatients Orthopaedic or Sports Injuries clinic. But we were dealing with completely different circumstances where the athlete, from a different cultural background, and at the peak of his sporting career was under immense pressure to perform. He had a medical support team which he trusted and which encouraged him to continue, with this probably being his only chance of getting an Olympic medal. This clearly was a very stressful situation.

The ethical issues arising from this case are complex considering that:

1) The objectivity of advice offered by an athlete’s own medical team, given their full knowledge of his medical history which they were reluctant to share.

2) The athlete’s ability to give informed consent or make decisions under such immense pressure.

3) The potential ‘conflict of interest’, given our role as an independent but responsible third party.

These are only but a few of the issues for clinicians who work in this setting to consider and discuss.

Dr Amir Pakravan is a Sports and Exercise Medicine Registrar in Cambridge who has worked with different professional and elite team sports.

Its not all about sprinting: mechanisms of acute hamstring strain injuries in professional male rugby union--a systematic visual video analysis