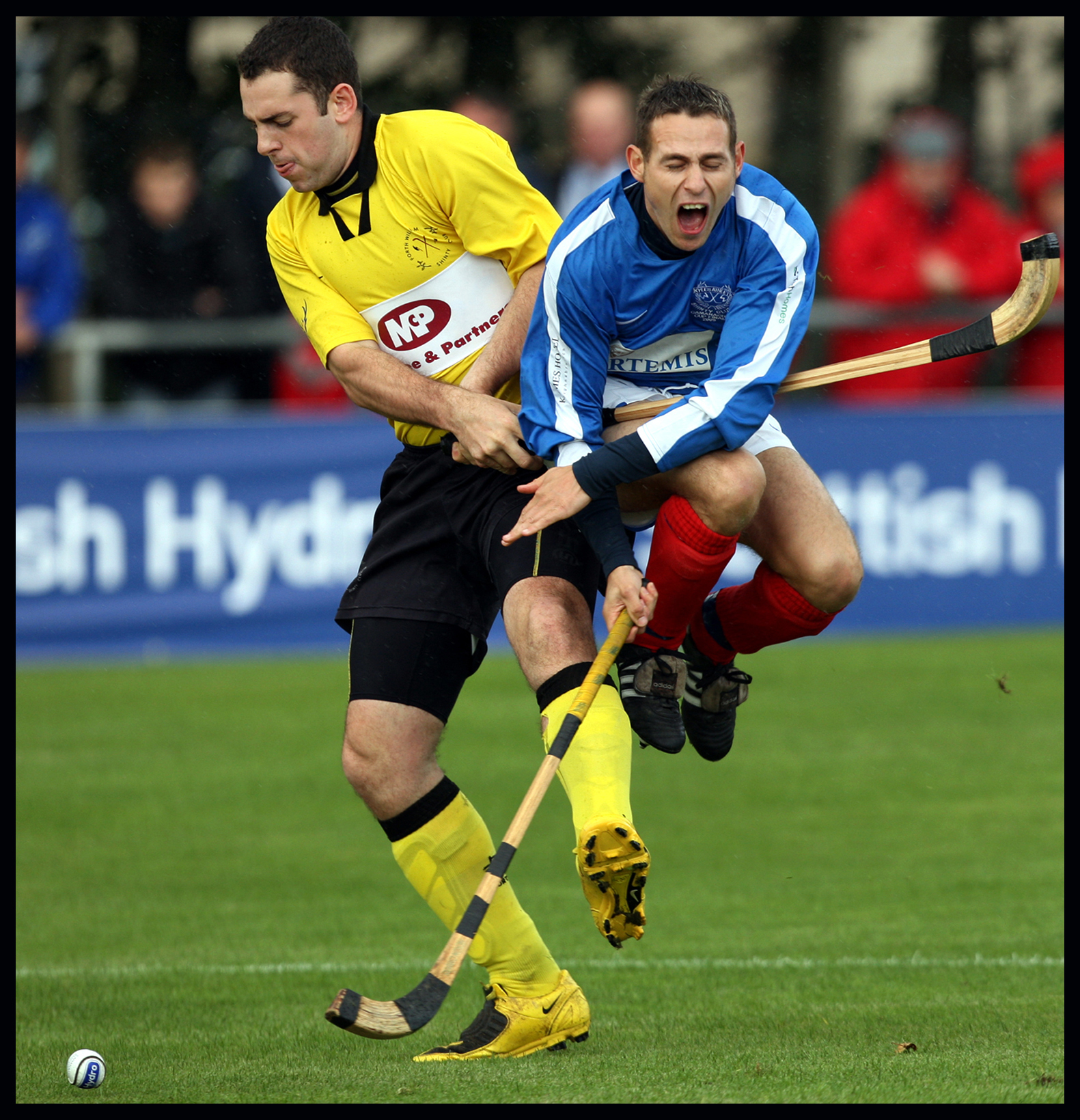 Like many doctors in sport for years I have relied upon the goodwill of colleagues and employers in the remote corner of Scotland I call home.  Last year I felt the time had come to give something back to the local sport in my region, rather than consistently abusing the goodwill to work with sports many miles away in the cities. Not that there is an extensive choice of sports for a physician to become involved in.

The reality of living and working in the North-West Highlands is that most sport is not of the organised variety – climbers, hill walkers and kayakers are the largest proportion and we already play in role  – albeit in an emergency, critical injury and primary care sports medicine role for these visiting “athletes”.

Of the organised sport out here, the extreme weather dictates that summer is outside and winter is inside. In contrast to the rest of the UK, football is a summer sport in the Hebrides and it supports a very competitive local league. A league that the winners of end up in national cup competitions. Despite being the most popular sport in Scotland by a mile, in the Highlands football remains the little brother of the real Daddy – shinty.

Describing shinty to anyone is a bit like trying to explain Cricket to Americans – until you strip in down to the most basic analogy –“imagine full contact golf”.

Shinty is a sport deeply engrained in Gaelic culture and a distant relative of the Irish sport of hurling. A bit like Aussie Rules and Gaelic football, the international version of the sport is a combined rules shinty- hurling affair between the Scots and the Irish that is played home and away each autumn.

The major cup finals (of which the Camanachd cup is the premier event) are televised on the BBC and simultaneously broadcast on national radio. A handful of seasoned campaigners have reluctantly acquired local celebrity status – but all of whom then go back to work on the croft (smallholding) or fishing boats etc.

The sports governing body – the Camanachd association, has a structure not unlike many other sports with development officers, coaching courses and an active junior section. The local papers are filled each week with photos and match reports and it is discussed passionately down the pub, just like its more widely known relations. Despite some modernisation – the sport remains the archetypal “man’s game” with traditional values which the clubs fight fervently to protect.

From a medical point of view, living in the islands, we don’t need a comprehensive injury reporting system to note the injury prevention issues of the sport.  As a Doctor in the communities it’s hard not to be aware of club stalwarts with visual problems incurred playing the sport. Working in the emergency department, Saturday afternoons bring a steady procession of wounds around the face caused by the stick (or caman), hand fractures and the occasional hyphema or actual globe injury. Just like any other sportsman, the primary concern of the athlete is “When can I play again?”

So it was with this in mind that I thought about approaching the Camanachd association to see if I could help them in an advisory capacity. From the perspective of the organisation, the response was positive. A meeting was arranged with the lead development officer and we discussed what I thought I could offer them and what they thought they needed.

Not surprisingly the issue in the Celtic stick sports remains that of helmets and facial protection. Having seen many facial injuries, I have also learned a bit about the coaching of the sport and attitude to injury. Essentially, the good players get close enough to the attacker so that they are within his swing circle and avoid being hit. Being hit is looked down upon as something that lesser players do.

At junior level (age 14) helmets with a faceguard are compulsory and the helmets recommended are the brand specific to their hurling counterparts – so it is essentially fit for purpose. However beyond age 14 there is no compulsory regulation and given the image of the sport as a tough working mans game, very few players continue with any protection at all. Recent high profile players such as Ronald Ross have begun wearing one, but as yet this has not spread across a sport where the goalkeeper is often selected by size (and often adiposity) and chooses protection more useful against the cold (a woolly jumper) rather than against a small high velocity projectile.

I had hoped to set up an injury reporting system and look at coaching and injury prevention as well as establishing a minimum standard of first aid. A senior figure of our local club is the patron of a charity that places defibrillators (having himself had an out of hospital cardiac arrest) so the links between shinty and immediate care are strong (www.lucky2bhere.com). However, such is the suspicion around medical involvement and the perceived desire to take away traditional values of the sport by mandating helmets, that every enquiry to clubs about medical support and training, let alone collecting an injury database were either flatly ignored, or returned with aggressive questions about my motives.

Fortunately the Camanachd association have been more supportive. They are fully aware of the challenges of building medical bridges to the clubs and the value of what we were trying to do. They have taken on the F-MARC FIFA 11+ as an injury prevention strategy and introduced it to the coach education sessions. Whether or not it will make any difference to preventing injury I may never be able to measure. They are also trying to use their contacts with coaches to improve the club / medical relationship and start to quantify some of the perceived problems in the sport. Fingers crossed it continues.