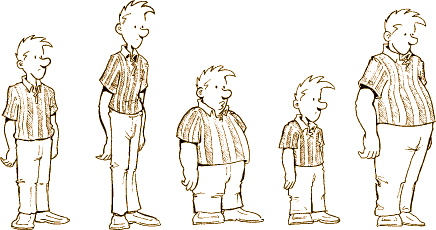 I have been reading Gary Taubes‘ books on nutrition and health – Good Calories, Bad Calories and Why We Get Fat and What to Do About It.

It is clear to me now that carbohydrate intake is the factor driving the obesity/diabetes/ heart disease/ metabolic syndrome epidemic globally. Taubes explains how this was known up to 1970 and then was lost as the “fat causes heart disease/diabetes” message came out.

I have proved to myself that in my genetic pre-diabetic state my body fat mass is entirely regulated by my carbohydrate intake. I have lost 15kg of fat (looks like I have lost no muscle) by switching from a “healthy” high carbohydrate diet to an “unhealthy” one comprising 55-60% fat, 30% protein and 5-10% carbohydrate (about 80g CHO per day) diet.  Thus I have proved that my body fat mass is inversely related to the fat content of my diet – the less fat I eat, the fatter I become.

The explanation is that my fat cells are profoundly insulin sensitive and store fat (and according to the Taubes hypothesis cause hunger and reduced energy expenditure in voluntary exercise) whenever there is a trace of insulin around. Removing insulin removes the break, the fat cells release the stored fat and hunger disappears and the desire to be physically active increases – this is the Taubes hypothesis that was the standard theory between 1920 and 1970.

Taubes’ book suggests that the idea that dietary fat is bad for your health is another myth that is fueled by those who draw up the US Dietary Guidelines, aided and abetted by the carbohydrate industry who do not want the alternative truth to be realized.  There may also be little appetite for Big Pharma to allow it to be known that simply by reducing their carbohydrate intakes all those at risk of diabetes, heart disease and metabolic syndrome might be able to cure themselves without medication – a frightening thought for the industry.

You, Mr Editor, are lean whilst eating a high CHO diet because:

Your genetic abnormality allows you to eat as much CHO as you wish whereas my insulin intolerant muscles and hypersensitive fat cells causes the opposite effect.

I am also running faster than I have for 20 years and my body shape looks identical to pictures I have of myself when rowing for my University 40 years ago at age 22.  I am looking to break 50 minutes for 10km running in the next 3 months – an improvement of about 25 minutes on times I was running when eating the high carbohydrate diet that I (used to) and others still do advice for athletes.

Anyone who has unsuccessfully tried to lose weight in the past by cutting fat and calories and trying to eat less should know that that approach is utterly ineffective since, in a homeostatically regulated system, all this produces is hunger.  For those who are predisposed as am I, the key is to keep circulating insulin concentrations as low as possible.

If Taubes is correct, then the advice that we should reduce the fat in our diet and replace it with carbohydrate might just be the single greatest public health disaster of the past century (since it has led to the global obesity epidemic).

Rather than dismissing this blog as random mutterings may I suggest that readers either (i) read Taubes’ books or (ii) experiment on yourself or (iii) better still as I have done, do both.  You might just be astonished and angry that something considered to be so complex and inexplicable is actually really so very, very simple.