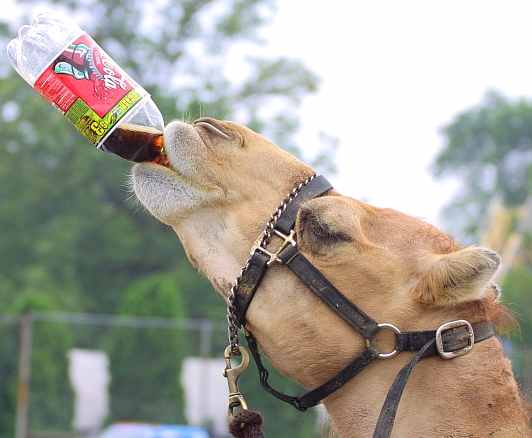 No-one would deny that drinking litres of full-calorie soda drinks (soft drinks) daily increases risk of obesity. But extreme behaviours leading to a biological phenomenon (in this case obesity) do not mean that moderation in those same behaviours cause a mild version of the same problem. Biology is not always linear. The article of interest for this blog is from Forbes.com which had  so much interesting stuff I spent way too long there.

What was striking recently in the debate about soda drinks and obesity is that ‘investigative journalism’ seemed to go haywire. The ‘investigators (ABC News)’ cast aspersions on a scientist but then were themselves ‘investigated’. Should ABC, or its sources, have declared a conflict? Is this ‘White Hat Bias’ – taking the moral high ground irrespective of what the data say at present. Who really is the culprit here?

BJSM is not an expert in this field so make up your own mind from the link. We are fans of Roy Moynihan (see also @RoyMoynihan on Twitter) and Ben Goldacre who have well-researched points about the influence of industry in science.

But working with some corporate partners does not equal bad science. Particularly when relationships are open. The piece we refer you to suggests that industry papers were of better quality than those funded ‘independently’. This makes for an interesting debate in university courses relating to health, marketing, and law!!

Innocent until proven guilty seems like a good idea. Time for ABC to apologize to David Allison?

BJSM has published some papers on exercise and weight that challenge conventional wisdom. (Front cover story December 2009). And we have an important review paper by Neil King and John Blundell in Online First (abstract only if you aren’t a BJSM subscriber, sorry) bursting to get drafted into an upcoming issue.

This Forbes article certainly heats up the debate!