There was an outbreak of gastroenteritis after several days, which was affecting some teams more than others – source unknown. Personal hygiene education and prep was a focus for the squad and staff from the outset and this seems to have paid off as our squad was barely affected. However, there has been a convincing case brought to the attention of the medical team that the 3 ‘senior’ staff members in room 909 should be strictly quarantined citing numerous breaches of sanitation and cleanliness guidance. In support of this drastic action the athletes have wisely quoted the words of the famous Russian author, playwright and physician, Anton Chekov (1860-1904), “Knowledge is of no value unless you put it into practice.” 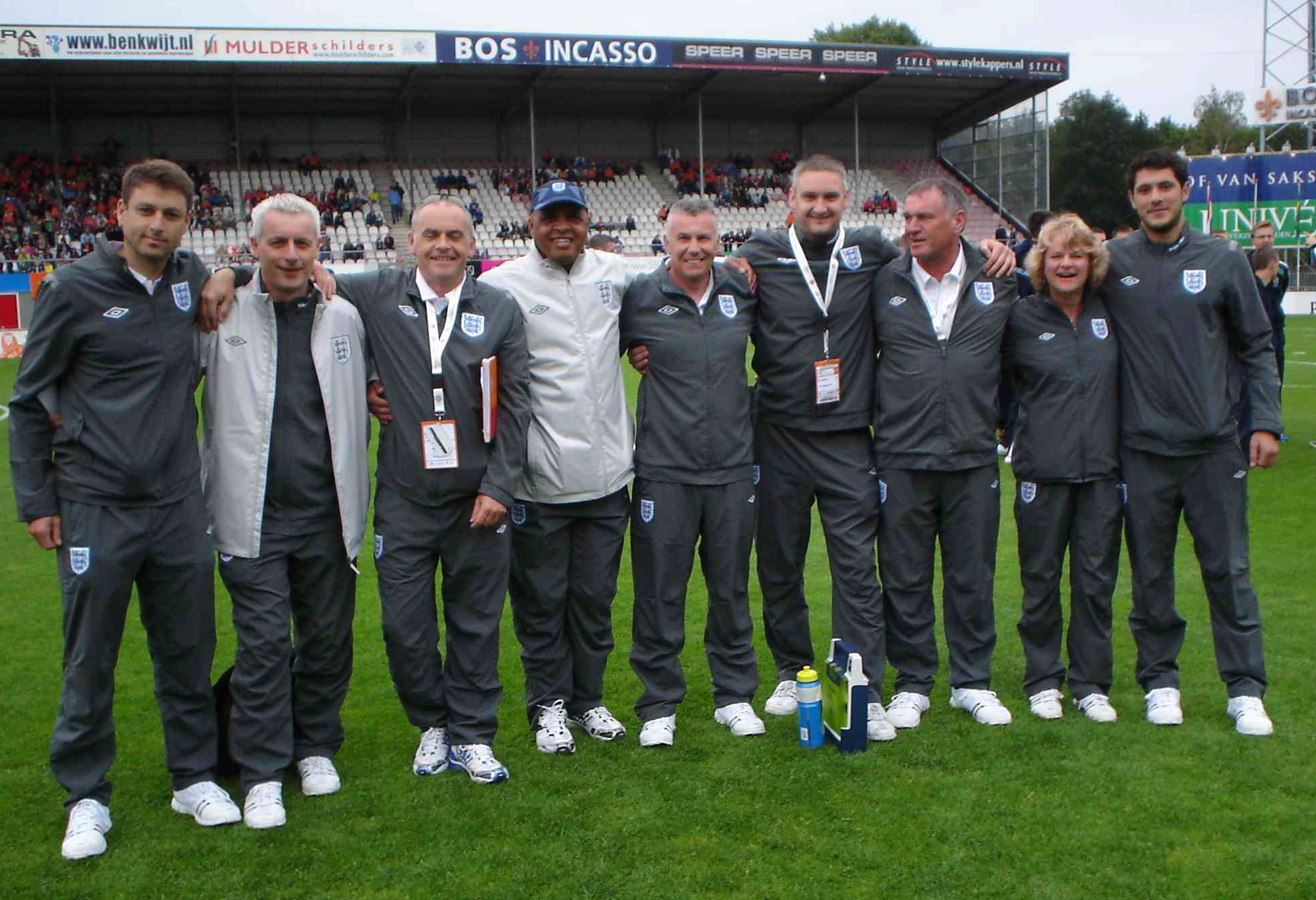 Our athletes with cerebral palsy develop increased neurological impairment after training and matchplay resulting in increased tone and exacerbated biomechanics. Nearly all athletes in the sport run with a limp, most with a congenitial hemiplegia have as a minimum an internally rotated hip, leg length discrepancy and toe strike during gait. Some gaits improve when running compared with walking and some vice versa. All deteriorate with fatigue. Figuring out whether an athlete is injured from the dugout can be very difficult when assessing their movement if they had a limp to start with. Thankfully we know our players well.

Post match stretches and sports massage accompany sport medicine and injury treatment. With secondary orthopaedic complications (ranging from fixed flexion deformities, severe hallux valgus, OA to hip replacement) the medical room is always busy when added to the usual impact injuries expected in competitive football. Thankfully with the FA behind us, we are well equipped to manage whatever is thrown at us and are forever finding innovative ways to overcome problems using our equipment in less than conventional ways.

Ironically, our first game was played at Achilles 1884’s stadium and our main injury of concern was to a patella tendon. We remain on course to progress into the knockout stages and far beyond.

After this tournament the preparation as Team GB for the 2012 Paralympics begins in earnest. If readers have any patients, friends of relatives for whom this may be of interest please signpost them to Jeff Davis at the FA Jeff.Davis@TheFA.com

Incidence, prevalence and risk factors for low back pain in adolescent athletes: a systematic review and meta-analysis