Whoever said that prediction is very difficult, especially of the future, somehow gave it the ring of truth. But, like so many sayings of this sort, it has been attributed to different people, chief among them the physicist Niels Bohr, but also the Danish mathematician Piet Hein. Hein invented the witty pithy poems that he called grooks. Here are three of my favourites:

Prediction comes from the supine form, praedictum, of the Latin verb praedicere, to say in advance, to warn, foretell, prophesy, prescribe, recommend, or advise. The Oxford English Dictionary lists its first appearance in English in 1590, although the adjective “predicted” preceded it in 1546, albeit in a now obsolete meaning, aforementioned. “Predicted” meaning forecast or prophesied isn’t found until 1623, in Henry Cockeram’s English Dictionary.

Predict, predicted, prediction, and predictive are relatively latecomers to the -dict- family, being preceded by several others. The earliest recorded were the verb interdict, from 1290, (an ecclesiatical term meaning to cut off authoritatively from religious offices or privileges) and then a clutch of nouns from 1297, edict, interdict, and verdict, all recorded in an edition of Robert of Gloucester’s Chronicle. The Latin root dicere in all of these comes eventually from an IndoEuropean one, DEIK, to show or pronounce solemnly, which I have discussed in detail before, and from which we also get words such as teach, token, deictic, and paradigm.

A major paradigm of prediction comes from statistical analysis of the value of diagnostic tests, involving calculation of positive and negative predictive values. Take a recent study on detection of the virus, 2019-nCoV, that causes Covid-19 infection, using an immunoassay. The comparator was real-time PCR. The results and my analyses are in Figure 1 and Table 1. 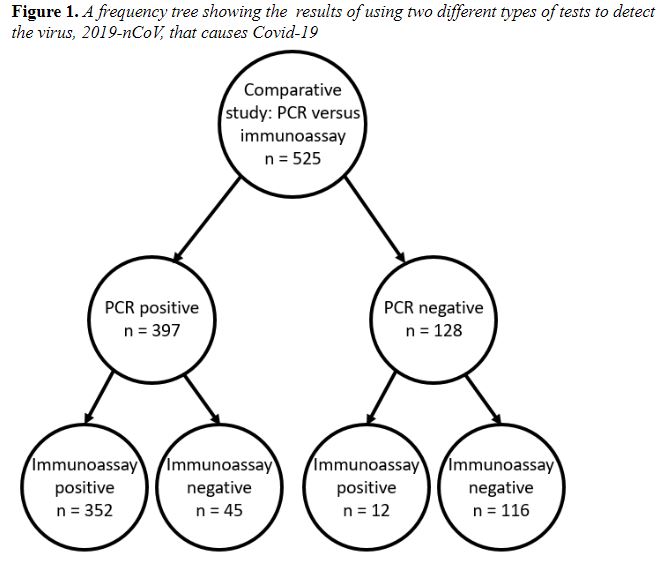 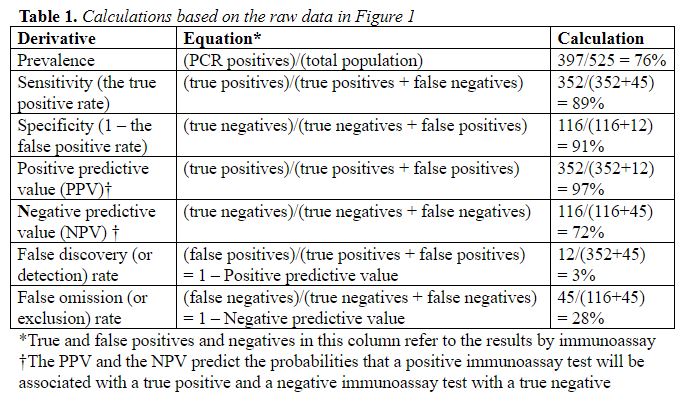 The results are not reassuring. Even if an individual has a negative immunoassay test, there is a 28% chance that they actually have the disease. In other words, those who test negative and are sent home, on the assumption that they are clear and needn’t self-isolate, actually have a 28% chance of having the disease, based on this test. This assumes equal transmissibility, which may not be the case, since test sensitivity may depend on viral load.

Nor are positive results necessarily reliable, although the false discovery rate is very low. And there is another possible explanation beside false laboratory positives. It is assumed that this coronavirus is completely new. However, it is possible that it has previously circulated undetected, causing infections. In the phenomenon of anamnesis, which I mentioned last week, another virus could then awaken the memory of a previous 2019-nCoV infection. That could give rise to a false positive result for Covid-19, depending on the detection method used. And since there is, strictly speaking, no perfect gold standard, we might never know.

Of course, one would expect that the comparator that was used in this study, real-time PCR, the method currently being used in the UK, will greatly outperform immunoassay in practice, even though occasionally false positives and false negatives will occur and have been reported.

So, to emphasize the statistical message, here’s another of Piet Hein’s grooks to end with:

Original thought is a straightforward process.
It’s easy enough when you know what to do.
You simply combine in appropriate doses
The blatantly false and the patently true. 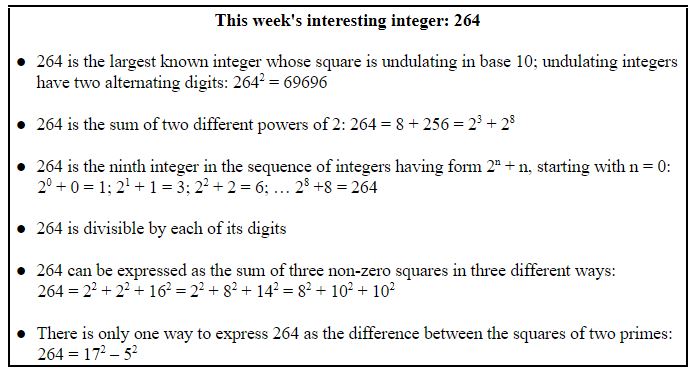