Last week I discussed some meanings of anamnesis, starting with Plato, continuing with the patient’s history, and ending with Aristotle. There are more. Some are medical. All relate to memory, from the Greek noun ἀνάμνησις, remembrance. But the entry in the Oxford English Dictionary (OED) gives only two definitions:

a. the recalling of things past; recollection, reminiscence;
b. that part of the Eucharistic canon in which the sacrifice of Christ is recalled and pleaded.

The first definition, first published in January 1884, in the very first fascicle, titled A–Ant, is illustrated by a 1656 quote from The Mysterie of Rhetorique unvail’d by John Smith (1622–1707): “Anamnesis is a figure whereby the speaker calling to mind matters past, whether of sorrow, joy, &c. doth make recital of them for his own advantage, or for the benefit of those that hear him …” (Figure 1). This is in essence the Aristotelian use of the word, as found in his De Memoria; in his Universal Technological Dictionary (1823), George Crabb defined “anamnesis”, with reference to Aristotle, as “[in rhetoric] an enumeration of the things treated of before, a sort of recapitulation”. This could deserve a separate entry. 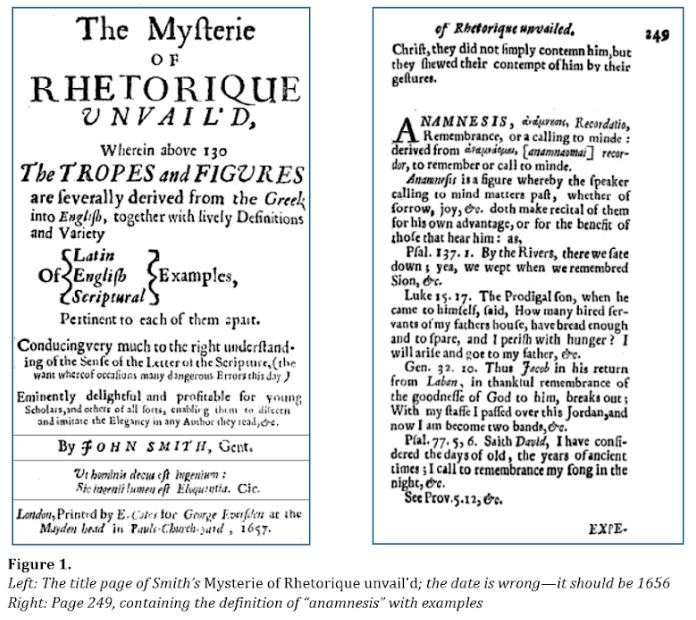 In Plato, ἀνάμνησις refers to the idea that knowledge is innate and is rediscovered during inquiry and learning. In perceiving beauty, Plato tells us in his dialogue Phaedrus, we induce anamnesis. Furthermore, the theory of anamnesis solves the paradox of learning: if we do not understand something, we cannot learn about it—to begin to learn we need to understand and to begin to understand we need to learn; anamnesis lets us pick ourselves up by the bootstraps.

By 1773 anamnesis had come to have a more specific meaning—the patient’s history: “From what has been said the diagnosis, prognosis, and anamnesis of this disease are evident; nor is it difficult to perceive the method of cure” (from an English translation of Herman Boerhaave’s Aphorismi de Cognoscendis et Curandis Morbis of 1709).

Allied to this is the phrase “anamnestica signa”, defined in The Philadelphia Medical Dictionary (1808) as “commemorative signs evincing the preceding state of the body; signs from memory”; for example, a hemiplegia because of a previous stroke or heart failure because of an old heart attack. This was also contracted to “anamnestic”, and the OED quotes Chambers’s Cyclopaedia of English Literature (1753), illustrating this: “Anamnestics, in medicine, are used by some writers to denote those signs which help to discover the past state of a patient’s body.” An earlier instance still, from the 6th edition of Edward Phillips’s New World of English Words (1706), defines anamnestics as “medicines that serve to restore the Memory”. I’d love to know what 18th century medicines they used.

The liturgical use of “anamnesis”, first noted in Supplement A–G to the OED in 1972, describes the part of the Eucharistic canon in which the sacrifice of Christ is recalled and pleaded. The earliest quote is from 1894. However, there is a much earlier instance, from The Unbloody Sacrifice and Altar, Unvail’d and Supported (2nd edition, 1724) by John Johnson (Figure 2), in a section on the Eucharist: “Now an Anamnesis of Food must either signifie an Acknowledgment of God’s Goodness, in providing Meat and Drink for Mankind, which is what our Adversaries would have; or it must denote the Eucharistical Bread and Wine.” 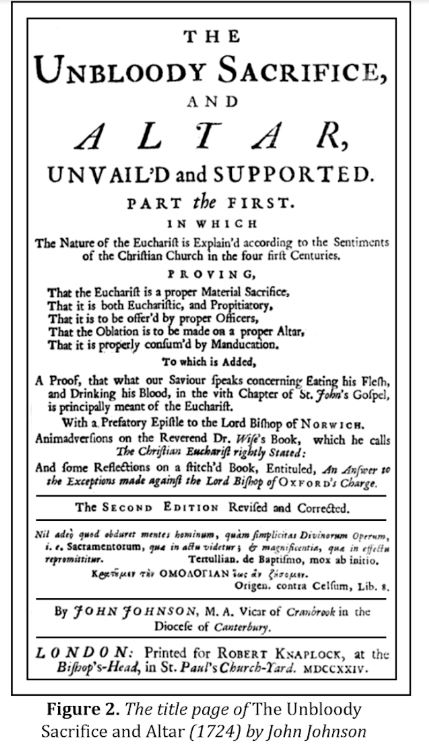 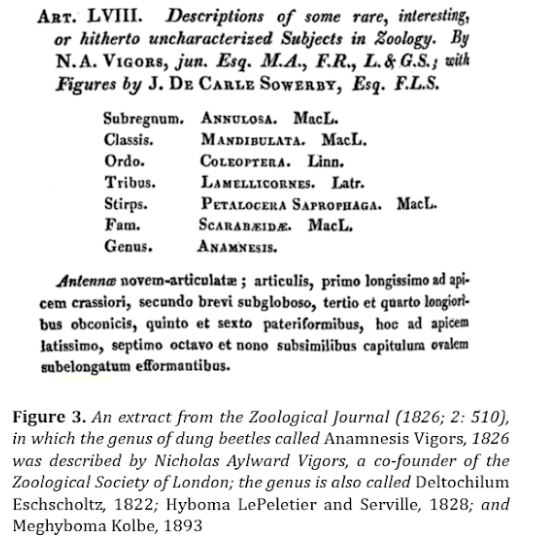 Anamnesis in immunology refers to a reaction to an antigen that stimulates production of an antibody to another antigen previously encountered. Here is an early instance of the adjectival form in the Collected Papers by Members of the Staff of the International Health Board of the Rockefeller Foundation (1941; 18(1): 28): “Sera from a number of cases of pneumonia and minor respiratory diseases such as the common cold were tested because of the possibility that such respiratory diseases might bring about an anamnestic response and in this way give false positive tests for epidemic influenza”. The SARS coronavirus, for example, epidemic in 2003–4, later induced anamnestic responses to other coronaviruses.

There is a lot of lexicographical work to be done on the OED’s entry for anamnesis, to accommodate all these meanings. 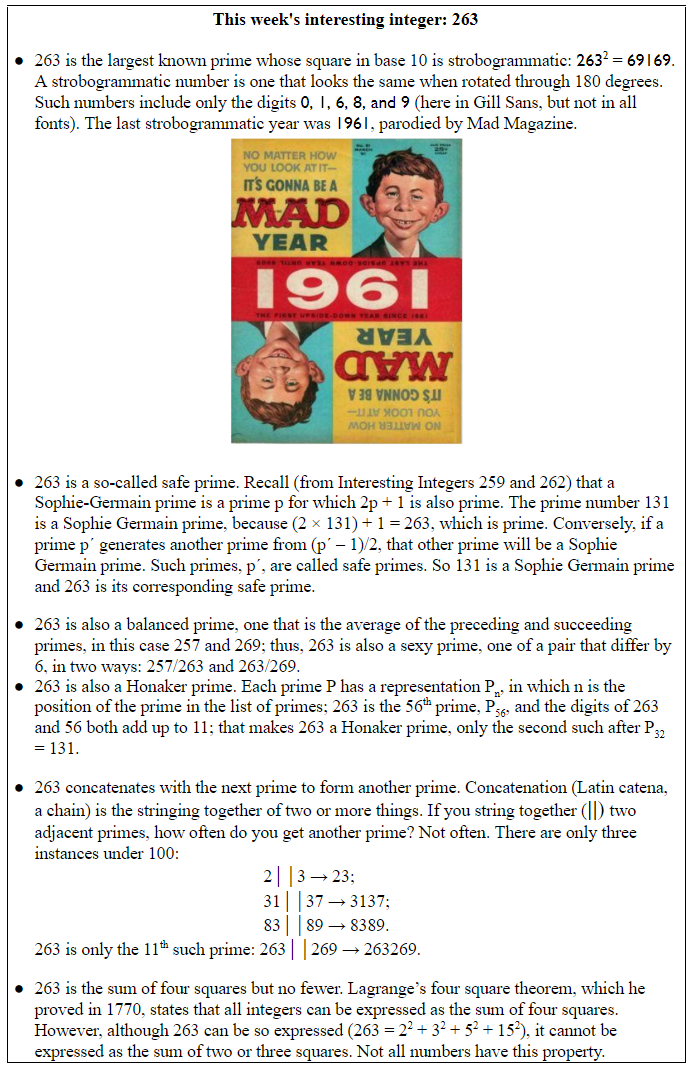