The ongoing battle between 12 clinical commissioning groups (CCGs) in the north of England and Bayer and Novartis over the legality of offering off-label bevacizumab (Avastin) to treat wet age related macular degeneration (AMD) looks like it will never end. The motivation is that such a move would save large sums without compromising clinical care.

Many thought that the Whipple judgement in September 2018, which ruled that the 12 CCGs had the right to offer patients off-label bevacizumab for wet AMD, would have finally settled the dispute rather than becoming only the latest twist of a soap opera.

There are four ongoing issues that require resolution. Firstly, the views of NHS England (NHSE) and the Medicines and Healthcare products Regulatory Agency (MHRA) are unclear. Mrs Justice Whipple “invited the MHRA to review its guidance.” We look forward to seeing this and any legal advice that goes with it.

Secondly, we need full declaration of all conflicts of interests (COI) from all stakeholders in this, from individual clinicians, provider trusts, and other institutions. For the avoidance of doubt and full transparency, we would recommend a COI amnesty—where everything is on the table in full. It is well documented that conflicts of interest influence practice. Conflicts at an individual level have been reported and held on an ABPI owned database, but both completeness and validation are issues.

Thirdly, we still hear people referring to Avastin as an unlicensed drug. There is an alternate view that Avastin is a drug with Market Authorisation (ie a license) being used off label. Subsequently, a more recent judgement highlights that reimbursement by a national healthcare insurance system of a medicinal product for a use not covered by its marketing authorisation (off label use) is not contrary to EU law. Arguably, this trumps the MHRA’s decision given that Avastin has Europe wide market authorization and so it comes under the jurisdiction of the EMA.

Fourthly, Mrs Justice Whipple seemed to be of the view that there are no grounds to judge the supply of manufactured Avastin by any of the four potentially available routes as unlawful, but it was not a question that was considered in the Judicial Review in detail. Had there been legal or regulatory grounds to challenge the legality of the manufacturing process, then doubtless the MHRA or pharma companies would have acted many years ago.

Finally, the frequency with which Avastin should be injected is proving contentious. The hypothesis we both hear from many sources, is that Avastin must be injected monthly. According to the evidential case set out in the NICE meta analysis published as part of the AMD Clinical Guideline, Avastin does not need to be injected any more (or less) frequently than either Eylea or Lucentis in order to achieve the same clinical results. Furthermore, the extensive NICE economic analysis concluded that bimonthly bevacizumab (Avastin) is the most optimal strategy when 1 QALY is valued at £20,000 or £30,000.

The health economic argument for the use of Avastin has been overwhelming for over a decade. Despite convincing large scale case series and excellent face validity, there was a call for clinical trials. These were done in the NHS in the UK and sponsored by NIH in the USA, and showed equivalence of Lucentis and Avastin. Following this there were questions of safety. Large scale reviews culminating in a Cochrane review stated that these agents should be considered to have equivalent safety profiles. Subsequently there has been substantial argument about legality and regulatory issues, which have now been addressed by the Whipple judgement.

Currently, there is regulatory gridlock as NHSE and MHRA seem reluctant to make their views known. There is clinical gridlock as some “experts” still consider the use of Avastin to be illegal. There is gridlock over posology—despite NICE doing a full network meta analysis as part of their AMD guidelines. There is even gridlock over what constitutes manufacturing (the process here is one of forming aliquots, but has often, confusingly, been described as dilution).

Funding is a zero sum game. The potential savings to the NHS are massive and would free up funding for  many other worthy issues, which are currently not supported. In 2018 it was reported that had clinical practice switched to use of Avastin then the saving to the taxpayer over the decade would have been between £2 billion to £3 billion. This is in AMD alone. Other patients bear the opportunity cost and the frustration for all is palpable. 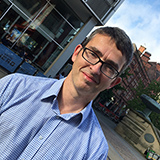 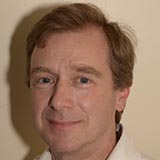 Conflict of interests: GF participated in 3 Bayer sponsored meetings in 2014 / 15, his previous employer was recompensed for his time. He was a member of a NICE TA committee at a time of multiple appraisals for aVEGF drugs. He is chair of the TANDEM steering committee. AF is Chief Investigator for the TANDEM trial and was on the NICE AMD guidelines and the serious eye disorders quality standards committees.