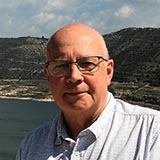 Complexity science has been an interest of mine for over twenty years, but I had never convincingly seen it work in my NHS career until now.

In 2013, inspiration struck. When challenged to get excited about Clostridium difficile (C.diff) numbers, I prepared a response for our health board in West Wales, which suggested that C diff was not the issue: our problems should be seen as healthcare associated infection in the broader context and viewed more holistically. With my encouragement, our board agreed to adopt this complexity science approach to healthcare associated infection.

What we discovered was an unexpected change of the system through the application of positive and negative feedback: nudging the system to improved quality.

Complexity science is based on the notion that we learn from and influence each other, and are less likely to respond positively to top-down admonition (from the likes of policy makers and managers).

In our Bevan Exemplar project (an initiative to encourage NHS innovation), we adopted a different approach to laboratory result authorisation, using narrative to engage the clinicians and encourage behavioural change. We wanted to positively nudge what we consider good clinical practice by giving substantive, evidence-based advice in response to well-constructed clinical enquiries or justification for sending in a sample. At the same time, we planned to negatively nudge what is considered poor practice.

An early pilot we are working on has demonstrated a marked improvement in the quality of clinical information on request forms. This has led to much more detailed and bespoke answers to clinical questions posed by the requesters.

Storytelling and emotional responses are an integral part of being human and by using a narrative reporting style, building on research from Dave Snowden and others, we were able to engage and inspire people to improve services.

Hand hygiene is often cited as one of the most important aspects of infection control. Everyone knows it and everyone says it, so why do we still score 50% on hand hygiene audits? The answer seems to be that in some situations we fail to “own” the issue or action; we need to move from head knowledge to emotional engagement.

In our narrative reporting, we influence good practice by engaging the clinician (who has been primed with knowledge around infection management and antimicrobial resistance issues), and present them with a result that relates to a real patient, By viewing the issue in relation to the real clinical problem and patient, they make an emotional connection that changes their viewpoint and the course of their behaviour.

In a complex adaptive system, many individual decisions like these collectively lead to changes in the system. In our practice, this has led to a reduction of inappropriate urine samples being submitted, but important samples continue to be submitted. The system becomes more discriminating and the ratio of positive to negative increases, which improves the quality of the system, resulting in major improvements in resource efficiency.

We reported a decline of 1,000 urine specimens per month after a year. We are now replicating this work in a new location, where we anticipate a decline of 2,000 specimens per month after the first year. By improving the efficiency and effectiveness of the laboratory in this way we can also release considerable resources: in our case, £145,000 per year for a resident population of 384,000. This suggests an annual release of about £25 million across the UK may be possible.

The complex adaptive system that is the NHS is ripe for the adoption and application of complexity science to drive to the next level of quality improvement.

Developing a wider understanding of this concept by sharing examples like ours (and others as they emerge) should act as a stimulus to clinical teams exploring and testing complexity science in their own fields.

Mike Simmons is the Lead Clinical Microbiologist with Public Health Wales Microbiology for the Hywel Dda University Health Board and a Bevan Exemplar with the Bevan Commission, Wales’ leading think tank for health and care. Twitter: @DrMDSimmons