Last autumn trauma and orthopaedic surgeon Radhakrishna Shanbhag shared his experience of being racially abused by patients during his 27 years working in the NHS. One particular incident, when a patient requested a white doctor instead of him, left him feeling “devastated.” He added that he had not directly refused the patient’s request as he had been unsure whether he would have had his employer’s support in doing so.

In response to extensive publicity, Secretary of State for Health and Social Care Matt Hancock initially said instances of racial discrimination against staff must be “properly managed individually”, a flawed approach that meant cases would be managed in a piecemeal manner with the onus of initially challenging such requests left to individual staff or managers. To his credit, Matt Hancock’s view then changed and he wrote to all NHS staff insisting doctors should simply answer “no” if a patient requests a white doctor and should always feel confident their managers would support them, since “this sort of abuse is unacceptable and we will not tolerate it.”

Abuse of doctors and other healthcare staff form ethnic minorities is not new. ITV reported that racist attacks against staff in the NHS rose from 589 in 2013 to 1,448 in 2018 while medical students report harassment, including racial harassment, from patients. More generally 28% of NHS staff as a whole reported being bullied, harassed or abused by patients, service users, relatives and the public last year.

Shanbhag’s case is not unique.  Last year Glasgow GP Punam Krishan described how a patient saw her in reception and then asked for an appointment, but not with an Asian doctor. The practice receptionist said: “She’s Scottish.” The patient replied: “She doesn’t look Scottish”, to which her receptionist asked: “What do Scottish people look like?” Silence followed and eventually an appointment card was taken.

Six years ago Nadeem Moghal described how parents in his hospital said they only wanted white British doctors to care for their child. The local clinical director agreed that because of the clinical need of the patient, the hospital would uphold the parents’ request. That decision was eventually overturned, but only after a board level inquiry which the parents ultimately accepted.

Matt Hancock’s letter to NHS staff and employers states “no one is entitled to choose the colour of the skin of the person giving [them] healthcare” explaining that “staff of all backgrounds should rightfully expect to work in an NHS that exhibits a healthy, inclusive, and compassionate culture”.

So how should doctors and other NHS staff respond? What is the appropriate balance between patient choice, NHS values and discrimination law? What about potentially harder areas, for example: if insisting the patient cannot choose the ethnicity of their doctor risks harm to the patient? What if the patient points out patients can ask for a female or male doctor? What if the patient is mentally impaired and incapable of rational explanation at that moment in time?

First, there is no good clinical reason for choosing a white doctor rather than a doctor from an ethnic minority (or the reverse). Since there is no evidence that minority ethnic doctors as a whole provide inferior care compared to white doctors, it is difficult to imagine any motive other than a discriminatory one.  Doctors in the UK and elsewhere have described how extraordinarily distressing such demands are, especially since they may well experience race discrimination in the rest of their working lives. Moreover conceding such a request might leave an employer open to a race discrimination claim.

Second, while there might be circumstances where it is entirely appropriate for a patient to request a female or male doctor—such as the intimate nature of the examination, personal experiences such as a history of trauma, safety, trust and gaining more compliance from women for particular types of treatments such as cervical smears—these are clinical reasons and ones which would not be offensive or undermining to other doctors.

Third, some patients might not be able to give reasoned requests, where demanding a white clinician might be an expression of an underlying disorder. In such cases, doctors and the relevant team would usually be able to distinguish between racist behaviour and those whose behaviour is the expression of underlying pathology. There should be no tolerance for the former, but clinicians may need sensitivity in responding to the latter. If an underlying pathology is the reason that should be discussed with the clinician and possibly relatives. Any possible (and very rare) exceptions must bear in mind Hancock’s advice, since they can easily reinforce racism, demoralise staff and risk the impact of stereotype threat with resultant clinician anxiety.

Fourth, there might be urgent situations where clinicians agree that a refusal to provide choice risks serious harm. The default response should again be to refuse such a request. Any decision to provide emergency treatment should not include any further treatment where a racist request continues. As one trust put it “They will still receive emergency treatment at A&E if needed, but for anything else they will have to go elsewhere.”

Fifth, the same principles should apply to all staff in all settings—GP practices, social care employers, and private healthcare providers seeking NHS work.

Sixth, this policy must be embedded in healthcare training and in guidance from professional regulators.

The BMA’s call for third party harassment protections to be reintroduced into the Equality Act could helpfully make employers liable if they fail to take reasonable steps to protect staff from such harassment by third parties including patients.

Experience suggests that when it is made clear that patients cannot choose the ethnicity of their clinician, few patients challenge the policy. But some may, so receptionists and others at first point of contact need clarity and support.

The default position should be that patients do not choose the ethnicity of their clinician and employers should make that crystal clear. Anything else is a very slippery slope. 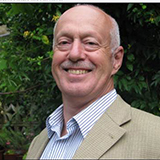 Roger Kline is research fellow at Middlesex University Business School. He was the author of “The Snowy White Peaks of the NHS” (2014), and co-author of “The Price of Fear” (2018) on the cost of bullying in the NHS and co-author of “Fair to Refer” (2019) on disproportionate referrals of some groups of doctors to the General Medical Council.

He tweets at @rogerkline