In our special theme edition addressing racism in medicine, we wanted to take a considered approach to the language we use in the journal. It is a truism to say that words matter, but it is especially the case when talking about an issue defined by power and prejudice.

We had a number of discussions about language in the course of putting the journal together, covering everything from the difference between race and ethnicity to the various terms used to describe people.

Cultures where white populations are dominant use various terms to describe people from other ethnic and racial groups. In the UK these include: people of colour; black (with or without a capital); black and minority ethnic (BME); black, Asian, and minority ethnic (BAME); non-white. When thinking about what to use in the journal, we wanted to use a term that can be clearly understood by readers, is inclusive, and avoids perpetuating stereotypes. As we did our research and canvassed opinions, it became clear that each term has its own particular nuances and there is no single term that works in every context. Non-white is problematic because it uses white as a reference point; just as we do not call women non-men, we should not refer to people from ethnic minority backgrounds as non-white. People of colour seems to be the most commonly used expression in North America, but it is not obviously inclusive of white ethnic minorities, such as Roma. The acronyms BME and BAME are popular in organisations in the UK but are not well known outside management and government circles.

In the end we decided to retain the term favoured by The BMJ up till now: ethnic minority. The exception is when someone is speaking and they use a different term, as this is their choice of word(s). This might happen in an Opinion article, for example, or in a quotation. We know that collective terms like “ethnic minorities” group together heterogeneous communities with very different challenges and needs, so wherever possible we refer to a specific ethnicity or race.

One theme that unites the articles in this theme issue of The BMJ is the call for more conversations with ethnic minority patients and doctors about their experiences, but so often these conversations don’t happen for fear of saying the wrong thing or causing offence. Language is an important part of creating a culture of inclusivity and respect, and there is no doubt that the words we use should be clear and avoid hurting people. Certain words become outdated or change meaning, and the onus is on each of us to educate ourselves as best we can.

Despite our best intentions there may be times when we get it wrong. However, if we approach conversations with humility, empathy, and a willingness to learn surely it is better to risk making a mistake rather than not saying anything? We need to get talking: as we’ve seen in the articles in this theme issue, we can’t afford to stay silent on racism in medicine any more. 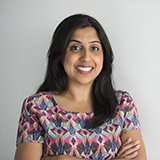