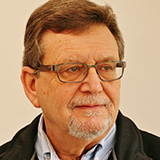 For the last 18 months I have been doing some work as an Expert by Experience for the Care Quality Commission (CQC). Despite the job title—which has the ring of being dreamt up in an over-anxious committee—I found the role fascinating and rewarding.

I was delighted that the chronic condition I have suffered from for nearly 45 years qualified me to do something useful. As what in real English I called a “patient’s rep,” my job was to go to NHS premises alongside teams of CQC inspectors and professional advisers to speak to patients and pass on their views and experiences. I have taken part in three major hospital inspections and about 15 GP inspections.

I was recruited and employed by the charity Choice Support, who were subcontractors to the CQC. The conditions weren’t what I was used to: a zero-hours contract and a rate of £17 an hour. But that wasn’t the point: at my stage of life I could afford to do something because it was worthwhile.

Before I started I had read attacks on the marauding packs of clip-board-wielding, grey-suit-wearing inspectors being disgorged from coaches 50 at a time to wreak havoc on unsuspecting health professionals. But my initial suspicions quickly subsided.

I was impressed by the training and support we received from Choice Support, including occasional seminars, routine debriefing calls and regular newsletters.

I found my new colleagues talented, informed, and open-minded—going to great lengths to root out what was really happening. Preparations were thorough and corroboration meetings frequent; at the latter we were constantly urged to find examples of good practice as well as bad.

As the months went by I gathered experience. As a former journalist I knew how to interview people: speaking to the newly bereaved was a frequent task. I was not prepared for the heartbreaking interviews with the dying. But I was able to stick up for them. I was particularly proud on one occasion when I was able to use the testimonies I had received from patients to challenge a view, based on the testimonies of managers, that a particular unit was “outstanding.”

But my role is over now. The CQC has retendered for the Experts by Experience contracts, and over the past few weeks the implications have become public. Choice Support has retained a contract for the midlands, but to remain competitive they have been forced to reduce the rate of pay from £17 to £15.
That’s the good bit. The contracts for the rest of the country (including the area where I live) have gone to Remploy, now partly owned by the US outsourcing company Maximus. And their rate of pay is £8.25 an hour.

They have since tried to sweeten the pill by offering higher rates for the next few months. I have been asked to continue to take part in inspections (some for this week, such is the confusion). But I have decided not to work for them, and so have many of my colleagues (which is probably why the sweeteners have been made).

Of course sometimes savings have to be made. But there were other ways—such as reducing the hours worked by Experts by Experience. But picking on just one section of the workforce sends a clear message from the CQC: patient experts have not been worth the fee. If I feel devalued it’s because I just have been.

More importantly, the CQC has devalued itself as well. Any claims that the organisation stood for quality of service and the interests of patients now look shaky, to say the least. It looks like we were merely window dressing, and overpriced window dressing at that.

I will miss the inspections. Meanwhile I hope that the CQC will have the decency to change the title Expert by Experience to reflect the low esteem in which it is held. Any suggestions?

Tim Albert is a retired journalist and trainer.

Conflict of interest: none