• Donald Light and Joel Lexchin write about the easy ride cancer drugs get in the approval process. They point to three weaknesses: trials on cancer drugs are more often unblinded and non-randomised; these drugs are more often approved through accelerated pathways; and, finally, they often use surrogate endpoints. The result is very expensive medicines with little added value: “The 71 drugs approved by the FDA from 2002 to 2014 for solid tumours have resulted in median gains in progression-free and overall survival of only 2.5 and 2.1 months, respectively.” 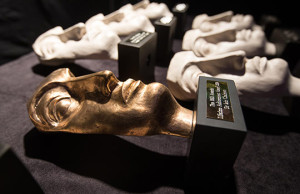 • The yearly BMJ Awards are coming up, and Nigel Hawkes discusses the five studies that have been shortlisted for UK Research paper of the year. They are a varied bunch, but all fascinating. There are even three “negative” studies among them: one meta-analysis on the variability of results in stem cell trials, showing that the more discrepancies a paper contained, the more positive its results. The other meta-analysis showed that one cannot use HbA1c to predict cardiovascular risk. The other study with a “null” finding was a large trial showing that GPs can safely delay antibiotic prescriptions to patients with respiratory tract infections.

• Speaking of negative results, the NHS seems to be receiving their share of it too. Gareth Iacobucci reports that hospitals and other NHS providers in England are set to post a record deficit of more than £800m this year. Apart from this financial problem, the report identified staff morale as a top concern. The future does not look any brighter either, as the majority of directors “predicted a ‘high’ or ‘very high’ risk of failing to achieve £22bn in productivity gains over the next five years as outlined by NHS England’s Five Year Forward View.”

• John Fabre presents his way forward in the latest “If I ruled the NHS” column. He clearly wants more doctors and nurses in the driving seat: more NHS England board members with a medical or nursing background, and one clinical chief executive for each hospital. GPs should be given more autonomy and clinical commissioning should be abolished.