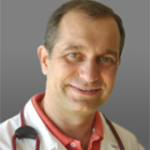 A risk factor is, among other things, an aspect of personal behaviour or lifestyle that, on the basis of epidemiologic evidence, is known to be associated with health related conditions considered important to prevent (1).

A new behaviour may be observed in the general population of western countries; a behaviour related to the way patients use medical services with preventive intention and the frequency that they receive medical tests and other screenings. Evidence shows an alarming tendency to overuse preventive health services (2,3). In Portugal, for example, a recent population-based cross-sectional study showed that the majority of Portuguese adults think they should undergo general routine blood and urine tests on an annual basis. Other, even less-recommended screening tests, such as lung X-rays, breast ultrasounds, abdominal ultrasounds, and gynaecological ultrasounds, are deemed necessary by a great proportion of the population (3).

In part, this pattern of behaviour may be justified by the culturally rooted idea that routine general health checks are necessary. Obtaining general health checks is a practice that is not supported by the evidence because it does not reduce morbidity or mortality, neither overall nor for cardiovascular or cancer-related illnesses, although they increase the number of new diagnoses (4). Disease mongering campaigns, the greater variety and availability of medical tests, and the disseminated notion that more medicine is always better may be other factors that have contributed to the development of this behaviour. However, we should also consider the hypothesis that medical consultation has moved from a paternalistic model to that which we could call a consumeristic model. This is a kind of medical consultation where patients get what they want, and which is quite different from the ideal shared decision making model.

There is a growing amount of evidence that this behaviour is associated with harms, and those harms are considered important to prevent. False positives, incidentalomas, being overdiagnosed, and the resultant cascade of attitudes are some of those harms that may significantly impair the quality of life of healthy people (5).

Therefore, by definition, we may say that we are facing a new health risk factor: the excessive and inappropriate use of medical tests. Of course, there is a dose of irony in this statement, given that the excessive labelling of healthy people with “risk factors” has been one of the main driving forces that has converted so many healthy individuals into patients (6). However, it is quite probable that most people don’t know that they are at risk of suffering harm when they undergo medical tests. If we think about the current state of the pharmaceutical field, we all recognize that patients are aware of a potential drug’s adverse effects. But, most of our patients have never heard of a medical test’s possible adverse effects. Some patients don’t take a new medicine without first reading the Summary of Product Characteristics leaflet included with the drug. Is now the right time to add some regulations to medical testing and create a Summary of Test Characteristics? This may be a key communication tool in this area. An adequately-structured instrument should have language accessible to the population, but not necessarily as dense as the Summary of Product Characteristics. Sections such as “indications,” “possible harms,” “predictive value according to the prevalence,” “number needed to screen,” and “number needed to harm” could be included in this new Summary of Test Characteristics. This is a suggestion that deserves an opportunity to be tested. Would it have an impact on the way healthy patients view medical tests? This is an important question to be answered using proper research.

Nevertheless, if we want to prevent overdiagnosis and other potential harms related to excessive, not evidence-based, use of medical tests by healthy people, we should start designing strategies of communication to explain to our populations what is meant by potential harms, false positives, and overdiagnosis. Only by understanding these meanings and knowing the probabilities of being benefitted or harmed, will the patient be able to make a shared decision and to avoid a consumeristic model of medical tests utilization.