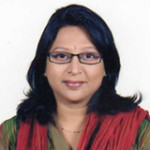 Tobacco use is one of the single largest preventable causes of death and a leading risk factor for non-communicable diseases. The burden of tobacco related illnesses prompted the Government of India to initiate various measures for tobacco control. India adapted the WHO Framework Convention of Tobacco Control (FCTC) and passed the “Cigarettes and Other Tobacco Products (Prohibition of Advertisement and Regulation of Trade and Commerce Production, Supply and Distribution)” Act in 2003. The National Tobacco Control Program (NTCP) was launched in 2007-08 and it listed a wide array of regulatory activities for tobacco control, including setting up the National Regulatory Authority (NRA), state and district tobacco control programmes, public awareness campaigns, establishment of tobacco testing laboratories, prohibition of smoking in public places, prohibition of advertisement, sponsorship and promotion of tobacco products, prohibition of sale of tobacco products near educational institutions, and regulation of health warning in tobacco products packs.

Even after having active tobacco control programmes for well over a decade, we see that the focus is mainly on preventive measures such as educational campaigns and banning tobacco usage in public places. Though the National Tobacco Control Program recognized tobacco cessation as an important component and a critical step in controlling tobacco related mortality and morbidity, cessation activities have still not kept pace with other tobacco control activities. Less than half of the states under the programme have established tobacco cessation facilities at a district level. The recent ban of smokeless tobacco products was a major development in the history of tobacco control in India. A few state governments have taken other proactive steps towards tobacco control including declaring those states as smoke free. The latest policy debates are on banning the sale of loose cigarettes and increasing the legal age to buy cigarettes from 18 years to 25 years. While these efforts go a long way in tobacco control, which need to be appreciated, it also raises an important question: what services are available for a large number of regular users who require assistance to quit the tobacco use? It is interesting to note that while many of these states boast of being tobacco free, they are neglecting a vast number of active users who may need assistance to quit. It is estimated that around about 40% of tobacco users want to quit at any given point in time. A handful of exclusive Tobacco Cessation Centers (TCCs), attached to either medical colleges or tertiary care hospitals cannot guarantee access to millions of users who will require cessation services. Though there are some isolated private and Non-Governmental Organisation (NGO) initiatives, they are very limited in number and thus have very minimal outreach and impact.

In 2001, the National Human Rights Commission (NHRC) pointed out that India’s tobacco control initiatives are not effective enough and it violates the rights of tobacco users in many aspects including the right to access tobacco cessation programmes (as part of right of health). It was recommended that along with more effective information, education, and communication programmes on the effects of tobacco, assistance for tobacco cessation should be integrated into healthcare services to ensure access. Tobacco users are often faced with a counter argument saying “it is question of personal choice.” But in the case of a country like India, we see that tobacco users often do not have adequate information about the harmful effects of tobacco products. The latest global adult tobacco survey reported that only 50% of users were aware of the harmful effects of tobacco. It found that tobacco usage is higher among the disadvantaged and less educated, who may not be well informed and may not be able to make such conscious decisions.

It is evident that tobacco cessation has not received enough attention in our tobacco control programmes and often gets sidelined for various reasons, including resource crunch. So we need to think of alternative/additional strategies to reach out to more people and in a more sustainable, cost effective way. One possible solution is to integrate cessation activities into formal health services. While looking at the feasibility of integration at a primary care level, the major challenge is the shortage of human resources. However, it would be feasible to assess tobacco usage, and provide brief counseling and referral. Routine assessment of tobacco usage and brief counseling is known to have a positive effect on users. Comprehensive tobacco cessation services need to be made available in district and Taluka hospitals in order to cater for the vast number of users. Health workers, who are often the first point of contact for patients, can also play an important role in tobacco cessation counseling. Due to its prominence, the private healthcare sector can also play a crucial role in tobacco cessation.

Another area that needs attention is training health professionals in tobacco cessation. Often we see that medical practitioners and health workers are not aware of the harmful effects of tobacco and do not have the necessary skills to provide cessation services including counseling. One way to do this is to include tobacco related issues and its management in the medical curriculum and CME. The training has to be extended to different allied medical practitioners such as dentists and health workers as they come across more people using tobacco. Training on tobacco cessation strategies should also be imparted to teachers in school and colleges and “tobacco and its harmful effects” should be introduced as a topic in the school curriculum.

Telephone helplines have played a major role in tobacco cessation in the West. This can be tried out as a more cost effective intervention method. Innovative measures such as mobile apps and peer support platforms using social media could also be tried out as additional strategies.

Maya Annie Elias is a public health researcher, working as a faculty member at the Institute of Public Health, Bangalore, India. Her research interests include maternal health, access to medicines and tobacco control.