In our blog, we will explain how elite marathon runners and race-walkers coped with the hot and humid ambient conditions during the 2019 World Athletic Championship. More details are available in two recent open-access manuscripts.[1,2]

Numerous international events are held in the summer, in hot and/or humid ambient conditions. While there is numerous studies on the effect of heat on recreational sportsman in a laboratory, there is paucity of data on how elite athletes competing at their physiological limits cope with those conditions. It is accepted that athletes may largely exceed the 2% dehydration threshold determined from laboratory study,[3] or may exceed the 40ºC core temperature[4]  commonly use as both an ethical ceiling in research and a diagnostic criterion for heat stroke.[5] Despite those extreme responses, most athletes remain asymptomatic when competing in the heat.[6,7] Whilst heat-acclimation is considered an important countermeasure to protect the athlete,[8] we actually don’t know how elite athlete cope with the heat depending on their preparation and characteristics.

Aspetar and World Athletics partnered to monitor the marathon and race-walk athletes during the Doha 2019 World Athletics Championships. 83 athletes completed a pre-race questionnaire on their acclimation, hydration and cooling strategies, along their previous history of heat illness or any recent health issues. We also analysed the medical record of the athletes admitted to the medical facility during the road-races (n=80) and measured the core temperature of 56 athletes and the skin temperatures in 107 athletes during the races. This was also the opportunity to pioneer some new technology to monitor skin temperature during competition.[9] 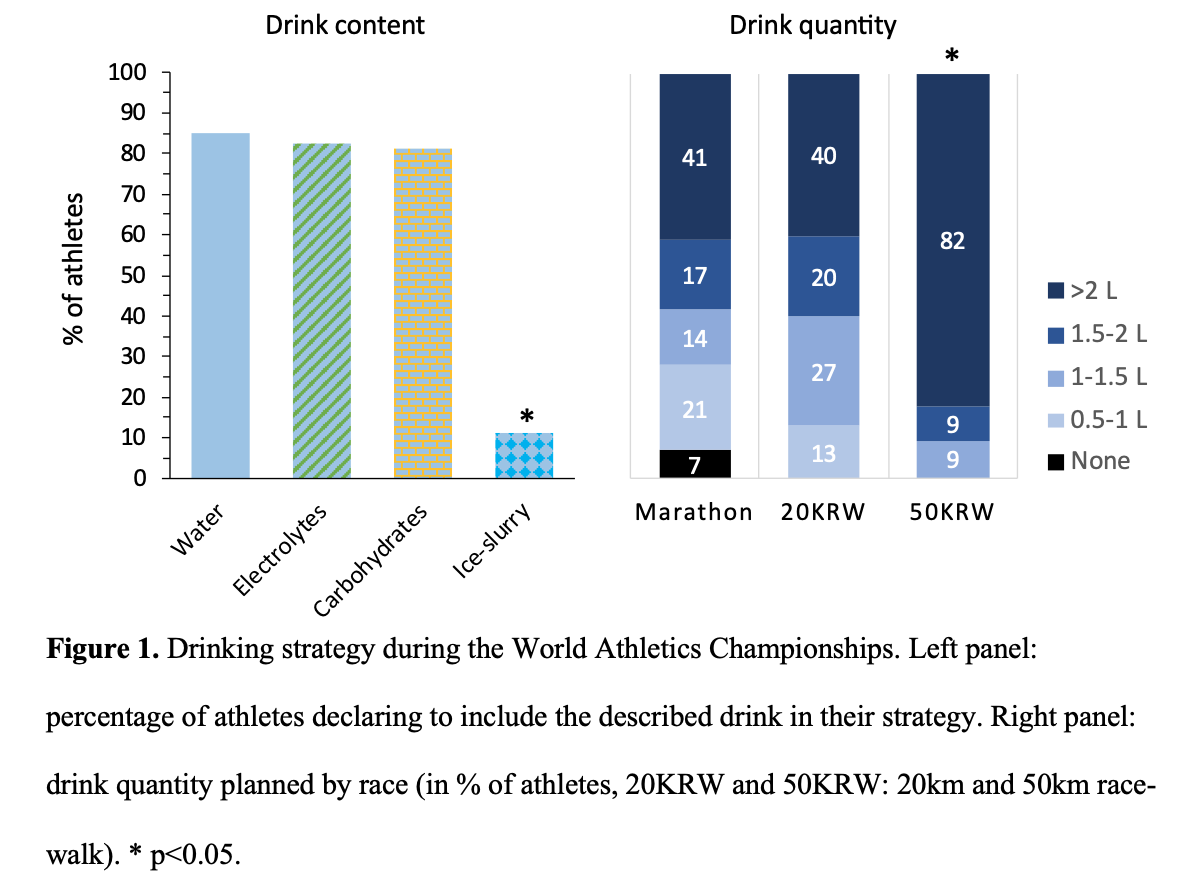 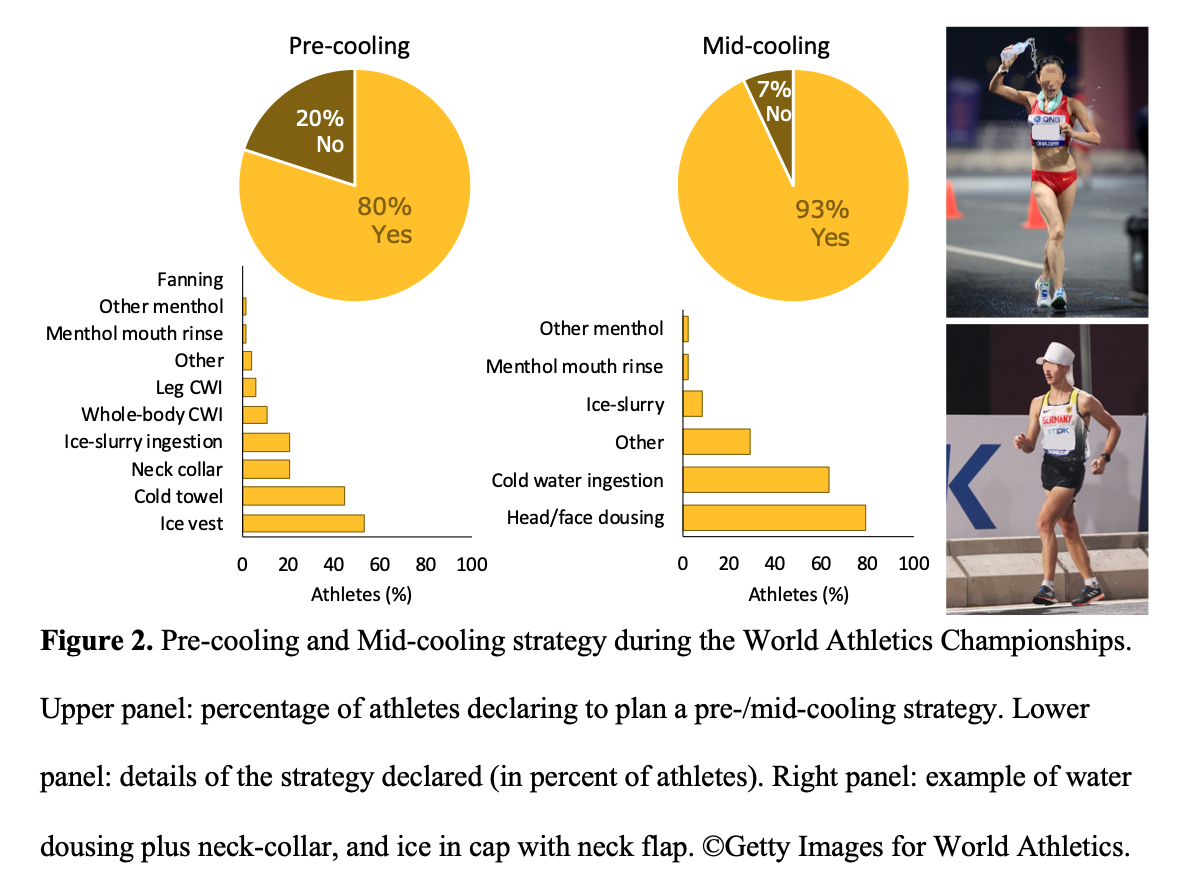 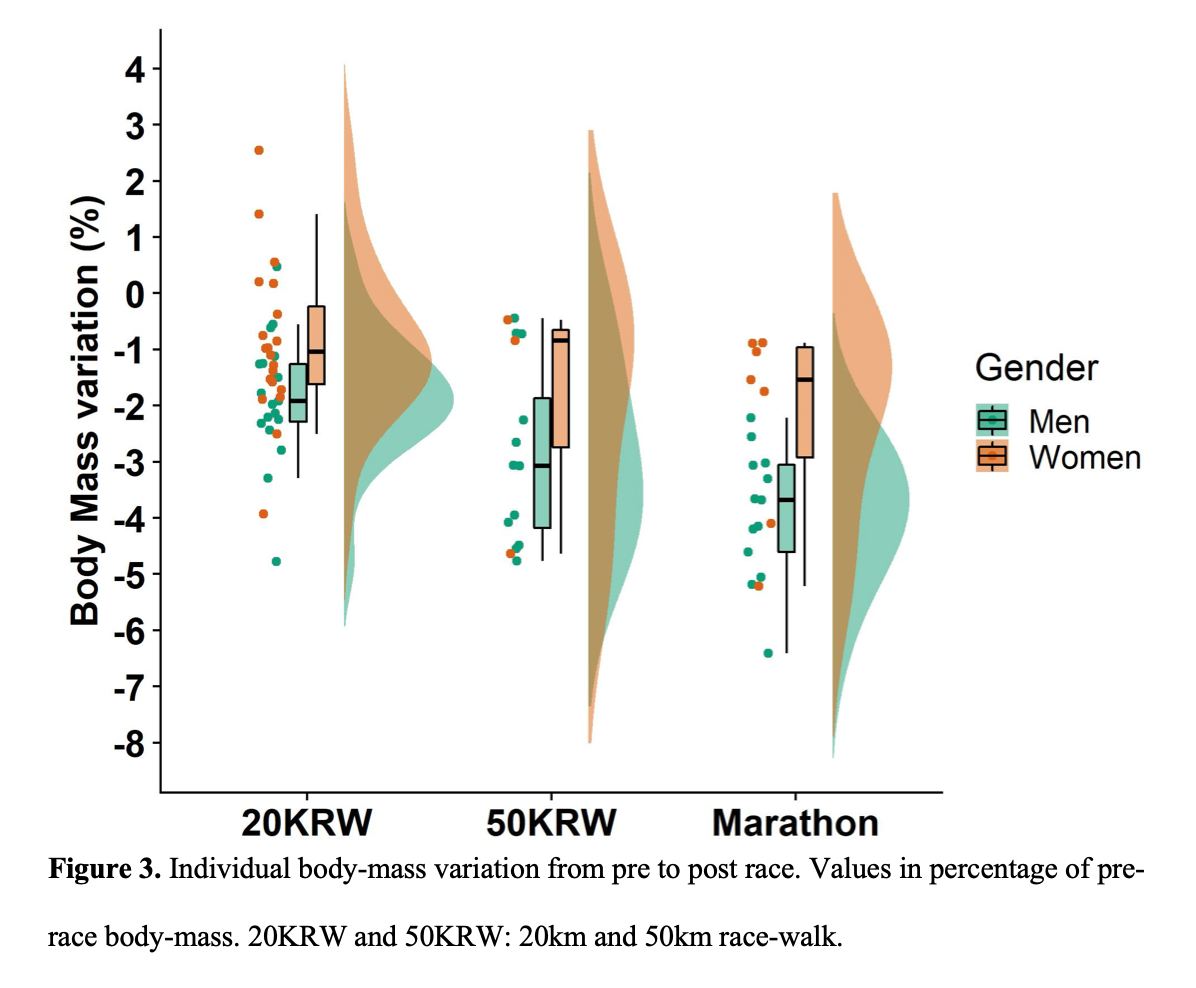 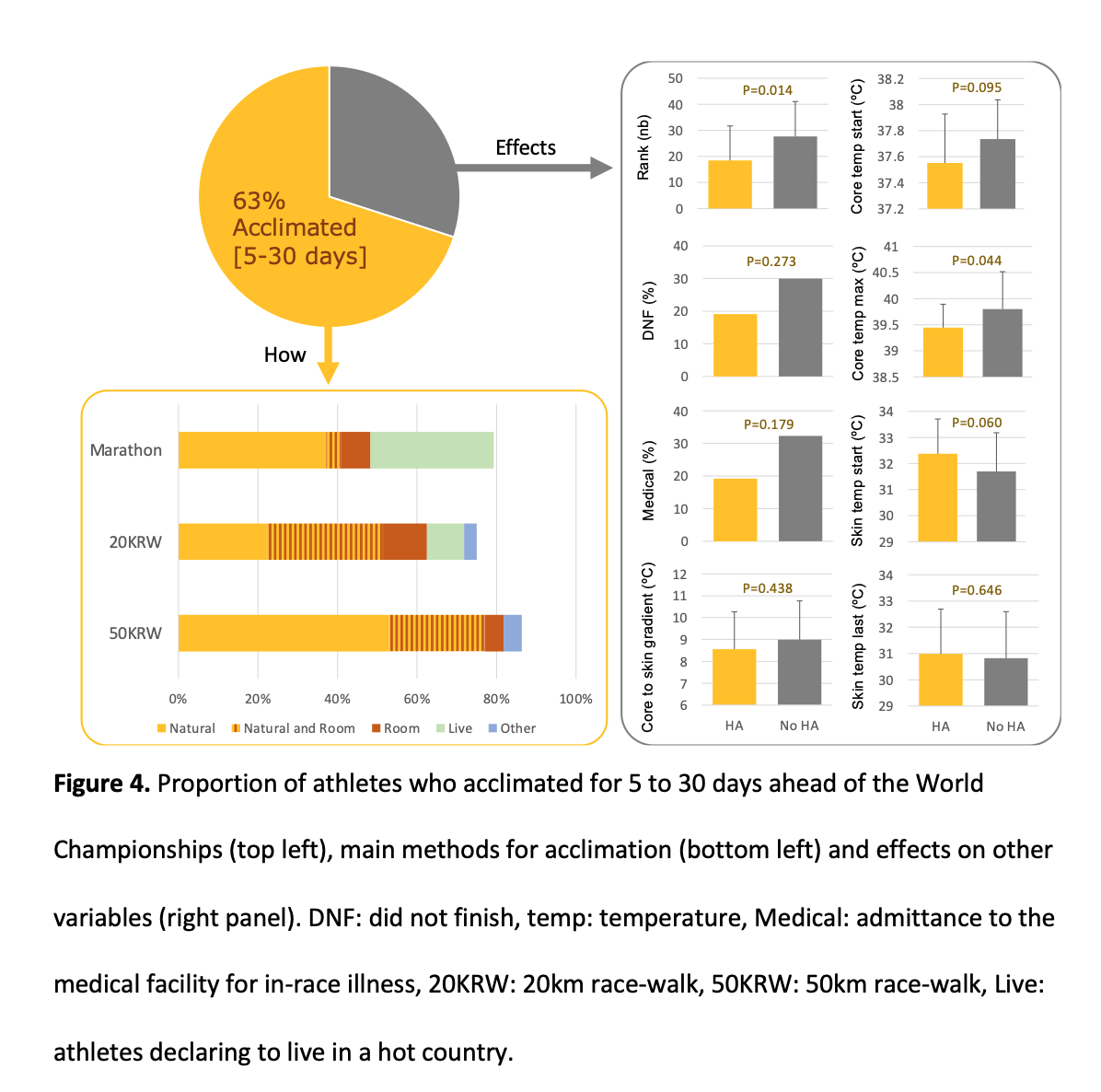 Lastly, 9% of surveyed athletes had diarrhoea in the 10 days preceding the World Athletics Championships, increasing their likelihood of DNF (from 20% to 43%) and an in-race medical event (from 17% to 71%, Figure 5).

Event organisers should consider the logistical facilities required (ie, freezers) to facilitate ice vest usage at warm-up, as this is a common choice by athletes.

Health status during the 10 days preceding a competition in the heat should be closely monitored, with a particular attention to diarrhoea and/or GI tract issues.

Heat acclimation works! Educational materials on heat acclimation should be promoted to assist athlete and coaches in preparation for competitions in hot and humid environments.