More than 250,000 anterior cruciate ligament (ACL) injuries occur each year in the USA, and approximately 65% of these injuries undergo reconstructive surgery. Appropriate rehabilitation after ACL reconstruction can yield predictably good outcomes, with return to previous levels of activity and high knee function.Periodization is one way for the sports physical therapist to approach the design of resistance training programs. Periodization is defined as the planned manipulation of training variables (load, sets, and repetitions) in order to maximize training adaptations and to prevent the onset of overtraining syndrome. At present, periodization is used at all levels of sports training. Whether conceptualized and directed by coaches, or by athletes themselves, competitors structure their training in a cyclic fashion, enabling athletes to best realize their performance goals. In practical application, sport physical therapists use periodization: postoperative “protocols” serve as rudimentary forms of periodization, albeit implemented over shorter time frames than that typically employed in preparation for competition . 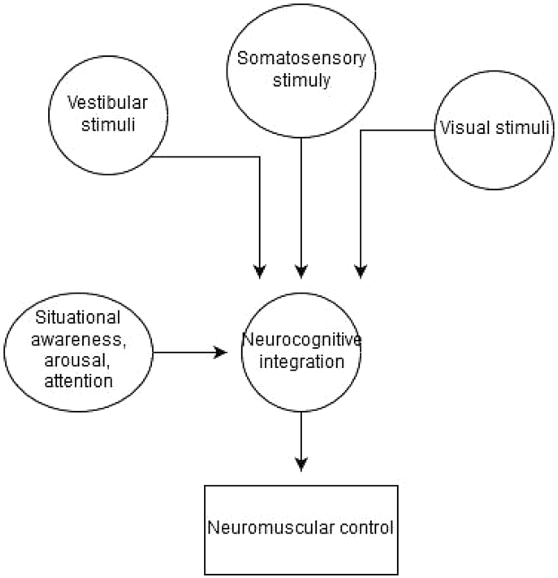 Our study(1) adds more information and one more stage at the rehabilitation of the ACL injury and it is a good source for the sports medicine professional (doctors,physios,performance specialists etc)

Highlights of the Study

In 1996, researchers at the University of Delaware published criterion-based rehabilitation guidelines, in which progression was established according to specific clinical milestones following tissue-healing time frames .This is an early form of periodization of the ACL injury.At the early days criterion-based guidelines aim was to maximize patients’ response to exercise at the current level of function, while minimizing the risk of injury to the healing tissue. Based on sound principles and current evidence, those guidelines have continued to guide rehabilitative care. Rehabilitation after ACL reconstruction has continued to move away from surgery-led rehabilitation, in which surgery constrains the progression of the rehabilitation process, and toward rehabilitation-modified surgery, in which the reconstruction techniques are robust enough to withstand early mobilization, conditioning, and strengthening exercises .Most players are able to return to cutting sport after ACL reconstruction, but some sustain further knee problems needing different approach to their rehabilitation. The new concept of periodization has some growing points: Neurocognitive tasks, measuring reaction time, processing speed, visual memory and verbal memory, allow indirect assessment of cerebral performance. Situational awareness, arousal, and attentional resources may influence neurocognitive function, affecting the complex integration of vestibular, visual, and somatosensory information needed for neuromuscular control. And also the new concept has some areas of controversy: The underlying reasons for uncoordinated, high-velocity movements observed during non-contact injuries of the knee producing an ACL tear are not well understood. Fundamental neuropsychological characteristics are responsible for situational awareness, sensory integration, motor planning, and coordination, all of which control joint stiffness. There is a strong link between acquisition of motor skills and neuronal plasticity at cortical and subcortical levels in the central nervous system; these links may evolve over time and engage different spatially distributed interconnected brain regions.

An ACL injury induces changes to the central nervous system (CNS), given the loss of information from mechanoreceptors, pain and developed motor compensations. This neuroplastic disruption progresses until altered motor strategies potentially become the norm. Subsequent restoration of baseline function then becomes a must against maladaptive neuroplasticity developed in the wake of altered CNS input and motor output compensations.

A most interesting and widely unexplored aspect of implicit learning in rehabilitation is its connection with anticipation and decision-making . This may be important in the late stages of rehabilitation, when athletes are approaching the return to sport phase. An athlete should be progressively exposed to physical, environ- mental, and psychological stressors comparable to those to which they will be exposed to in their actual sport. Considering secondary ACL injury prevention, training in this phase of the rehabilitation process should emphasize motor control factors such as anticipation, responses to perturbation, and visual-motor control within complex task environmental interactions

The ACL may tear in less than 70 ms , but the earliest reflexive activity for dynamic restraint requires at least 35 ms to begin developing muscle tension . Additionally, cognitive appreciation of any coordination errors can take up to 500 ms . Therefore, the high movement velocities and forces associated with athletics require advanced cognitive planning through feed-forward motor control; otherwise, over reliance on reflexive strategies for dynamic stability may be insufficient to protect the ACL. Increased physiological knee valgus, load reduced neurocognitive function, increased joint laxity, small femoral notch widths, and altered neuromuscular properties have been considered as potential risk factors specific to young females . All these factors have warranted discussion as to potential interventions to target the relevant processes. A further ACL injury following successful reconstruction has been reported in up to 23% in athletes younger than 25 years when returning early to competitive sports involving jumping and cutting activities . Based on the aforementioned continued neuromuscular control deficits, traditional rehabilitation is not capable to restore normal motor function in all patients after ACLR .Following an ACL tear, the CNS may increase its reliance on alternative sensory sources, such as visual-feedback and spatial awareness . Neuroimaging has been used to quantify brain activation differences between subjects with ACL deficiency who did not return to previous levels of physical activity and a healthy control group. ACL-deficient individuals exhibited increased activation in the posterior inferior temporal gyrus (visual processing), pre-supplementary motor area (motor planning), and secondary somatosensory area (pain and sensory processing) .Restoration of symmetry alone is not sufficient to reduce the risk of re-injury. Focus should also be placed on addressing underlying deficits which likely contributed to the primary ACL injury. In addition, a series of inciting events are likely to occur prior to the actual injury, and different playing situations provide further complexity . For example, ball possession, position of team mates, and actions of opponents all impose different challenges and problems for athletes to solve. Thus, perceptual capacities play an important role in team and ball sports by enhancing perception in rapidly changing environments. The new periodization scheme includes the new motor learning and neurocognitive elements can create new strategies for ACL rehabilitation and prevention.

Sport rehabilitation specialists should have a basic understanding of periodization theory. Such an understanding can help sport medicine teams to better interact with the competitive mindset of athletes, their coaches, and their goals. A basic understanding of these theories and models may help sport rehabilitation specialists to skillfully plan rehabilitation programs that then progress toward the realization of the patients’ treatment goals.  Future research should quantify musculoskeletal injury-induce neuroplasticity,using more advanced motor-control tasks, such as force or position matching or multi joint movements, to improve the clinical applicability of these results.Also, future research should focus on which, if any, combinations  of  the  presented  novel  motor-learning  principles yield better clinical outcomes.