Promoting physical activity for mental health in contexts of displacement

Roughly 1% of the world’s population, equivalent to approximately 79.5 million people currently live in a context of displacement. This includes refugees, internally displaced people and asylum-seekers. The overwhelming majority (85%) reside in low-resourced environments, with both pre- and post-migration stressors increasing the risk of poor mental and physical health.

One in five people living in displacement experience a mental disorder such as depression, anxiety or posttraumatic stress disorder (PTSD), although many more are likely to experience some level of psychosocial distress. Providing evidence-based mental health and psychosocial support (MHPSS) to people living in displacement is challenging. Logistical hurdles, cultural and linguistic diversity, the need to prioritize basic needs including food, shelter, sanitation and hygiene, combined with an often-limited availability of trained mental health professionals means the reach, efficacy and scalability of interventions is limited. 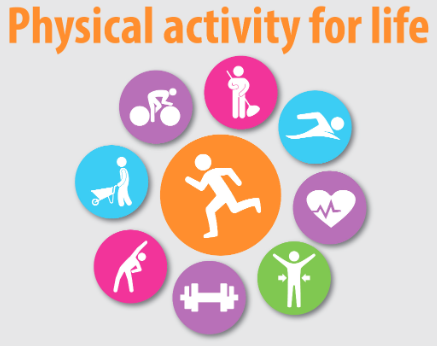 Intersection of physical and mental health

In recent decades MHPSS has evolved with increasing recognition of the need to ‘keep the body in mind’, to treat people, as opposed to disorders and to break down the traditional silos of physical and mental health. Evidence of progress is the emergence of ‘lifestyle psychiatry’, a term used to describe combined physical activity, nutrition and sleep-based interventions and the impact on mental health.

Physical activity is a cornerstone of non-communicable disease prevention and treatment, a proven strategy for preventing and treating mental disorders, for promoting well-being and social connection, and for fostering a sense of community. However, the most disadvantaged, which includes those living in contexts of displacement are often the least likely to have access to targeted physical activity programmes, infrastructure or opportunities.

Promising examples of community-based initiatives are emerging. One example is ClimbAID, a non-profit, sport-for-development organisation that has been using climbing as a mental health and psychosocial intervention tool since 2016 on projects working with displaced youth in Switzerland, Lebanon and Greece. Their programme in Lebanon encompasses the ‘Rolling Rock’, a mobile climbing wall on a truck that brings MHPSS-informed climbing and other physical activities to children and young people from both the local population and the refugee community.

Similarly, research conducted in Cox’s Bazar, Bangladesh demonstrated that physical activity is an identified strategy  to relieve ‘tension’, a local idiom of distress in the Rohingya community . Yet access for women and people with disabilities was limited.

“You can’t be what you can’t see”: disseminating gendered physical activity and MHPSS messaging through visual animation

A lack of culturally sensitive learning materials is a common problem that confronts organizations around the world. Books Unbound is a non-profit organization that develops contextualized learning materials for marginalized communities. Working directly with local educators and NGOs, Books Unbound’s mission is to provide education through “cartoonization”, ultimately creating representation for the world’s displaced populations. Harnessing these novel approaches to information dissemination and depictions of traditionally marginalized groups participating in physical activity may be an important step in promoting participation among those groups.

We developed animations titled “Exercise is for Everyone” in both Rohingya (targeting the Rohingya population in Bangladesh) and Arabic (targeting the Syrian, Palestinian and Lebanese host communities in Lebanon) that aim to promote and encourage participation in physical activity for the purpose of protecting and promoting mental health.

In addition to disseminating public health messaging, animations may serve to challenge narrow definitions of what is considered a mental health and psychosocial intervention in contexts of displacement, ultimately increasing funding for and the provision of MHPSS-informed physical activity programs.