The recent Netflix documentary ‘Athlete A’ ignited discussions of athlete welfare in sport, which inspired survivors of various forms of abuse, globally, to come forward and tell their story. The documentary explained how Larry Nassar, the USA Gymnastics team doctor, sexually abused girls and young athletes in his care. This galvanized global efforts and interest amongst coaches, athletes and academics on addressing athlete welfare. 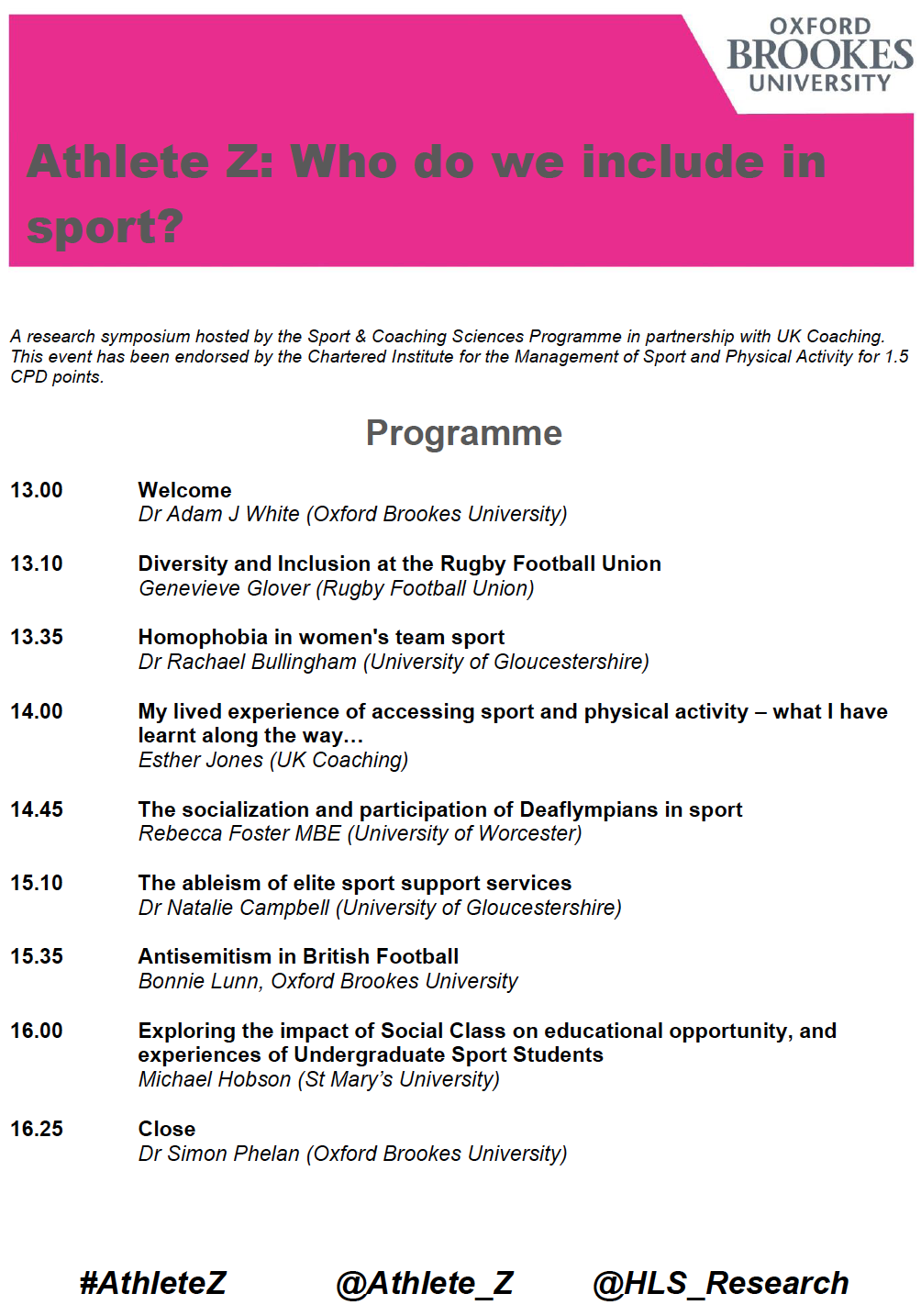 In the UK, Baroness Tanni Grey-Thompson led a review into Duty of Care in sport (2017) with the purpose of decreasing and preventing safeguarding issues, and by doing this, improving the sporting field in the UK. The report highlighted some of the key concerns surrounding athlete welfare and offered recommendations for sports to address these issues. The report spotlighted numerous issues and the detrimental effects on athlete welfare, and signifies the need for increased knowledge in this domain. Improved education is needed due to ongoing debates surrounding the prioritisation of athlete welfare over performance, as well as conflicting opinions of how sports practitioners may or may not be abusing their positions of power (Lang, 2020).

The notion of athlete welfare concerns the physical, psychological and social needs of athletes and how these are met by practitioners such as coaches (Lang, 2020). Discussions surrounding athlete welfare, professional practice and safeguarding have been ongoing since the 1990s, triggered by the arrest of ex-Olympic swimming coach Paul Hickson, who committed multiple acts of sexual abuse on young girls within his professional care (Lang & Hartill, 2015). Almost three decades later sexual abuse is evidently still a problem in sport (Anderson & White, 2018).

Lang (2020) states that athlete welfare should be of central importance in all sports, therefore the ongoing occurrence of issues such as athlete sexual abuse is concerning. It has thus been suggested that behaviours / situations that are unacceptable or problematic in most societal institutions have become normalised in sport (Anderson & White, 2018). According to Brackenridge et al. (2008), coaches who commit abusive acts have found ways to gradually push the boundaries of what is considered acceptable, professional behaviour. They may do this by increasingly using verbal familiarity, emotional blackmail, and physical contact.

Physical contact in particular is a subject that has been debated with regards to acceptability for a long time, due to the problematic connotations of its practice, regardless of intent. Other examples of normalised scenarios and behaviours include athletes being encouraged to play through pain, and coaches’ use of foul language, which have been justified as to improve standards of athlete mental and physical toughness (Weinberg, Vernau & Horn, 2013).

In response to these issues, Oxford Brookes University launched the Athlete Z symposia series in October 2020, with the first instalment addressing the issue of “Where will we draw the line on Athlete Welfare in sport?”. The Athlete Z symposium series discussed the complexity and the disorganised nature of sport and the damaging effect this has on athlete welfare. Whilst the symposium also aims to educate to improve the knowledge of practitioners and athletes on athlete welfare in the sporting field.

Bringing together an interdisciplinary panel of experts and practitioners, discussions surrounded the exploitative nature of sport, making reference to controversial sponsorships (for example, McDonalds) at sporting events, exploring how marketing unhealthy food products at these events are powerful, pervasive and predatory towards children. Another discussion focused on the substantial bullying and verbal abuse experienced by athletes and the lack of support and interventions to prevent these issues.

The issues concerning athlete welfare has become a systemic problem due to these aspects being normalised in sport, and thus can have detrimental effects on athletes wellbeing and performance (Stirling & Kerr, 2015). The implications of these situations can increase the risk of athletes engaging in dangerous actions, which may include overtraining and dangerous techniques to manipulate body weight (Douglas & Carless, 2006). Therefore, the topics discussed bridge this gap in knowledge and facilitate important discussions of the subject area, highlighting areas of sport that need to be addressed to improve athlete welfare. The Athlete Z symposium has the scope to improve athlete welfare, as amongst those who attended were coaches, athletes and leaders of National Governing Bodies. This event was the first part of the Athlete Z series, with further events planned for 2021. On 21st January 2021, the second Athlete Z event, ‘Who do we include in sport?’, will look at issues of inclusion and diversity in sport, which will be followed by the third event in 2021, titled ‘How do we ensure athletes thrive in and out of sport?’ considering careers, transitions and personal development.

The Athlete Z symposium series is free to attend, and will continue to spark discussions on how practitioners and professionals can better sport to make it more inclusive and participant centred. For more information, please visit: Athletez.co.uk