In the following blog we summarise the main finding of our two recent papers examining the effect of β2-agonists on physical performance1,2. We found that β2-agonists may improve anaerobic but not aerobic performance in healthy athletes.

Asthma is common in top athletes3 and β2-agonists are often prophylaxis for exercise induced bronchial constriction (EIB), and as a reliever for symptoms4. Asthmatic athletes have consistently outperformed their non-asthmatic peers5, and this has led to speculation regarding a possible performance enhancing effect of β2-agonists. Thus, the World Anti-Doping Agency (WADA) have banned the use of all β2-agonists (apart from the use of some β2-agonists inhaled in low doses6).

Numerous studies have investigated the effect of different types, doses, administration routes and treatment durations of β2-agonists on various types of maximal physical performance and the results have been conflicting. Therefore, we wanted to systematically review and meta-analyse these studies to investigate new and more complete patterns in the effect of β2-agonists on physical performance in healthy athletes.

We found 81 studies comprising 1152 participants, finding no difference in effect between studies with high and low risk of bias. 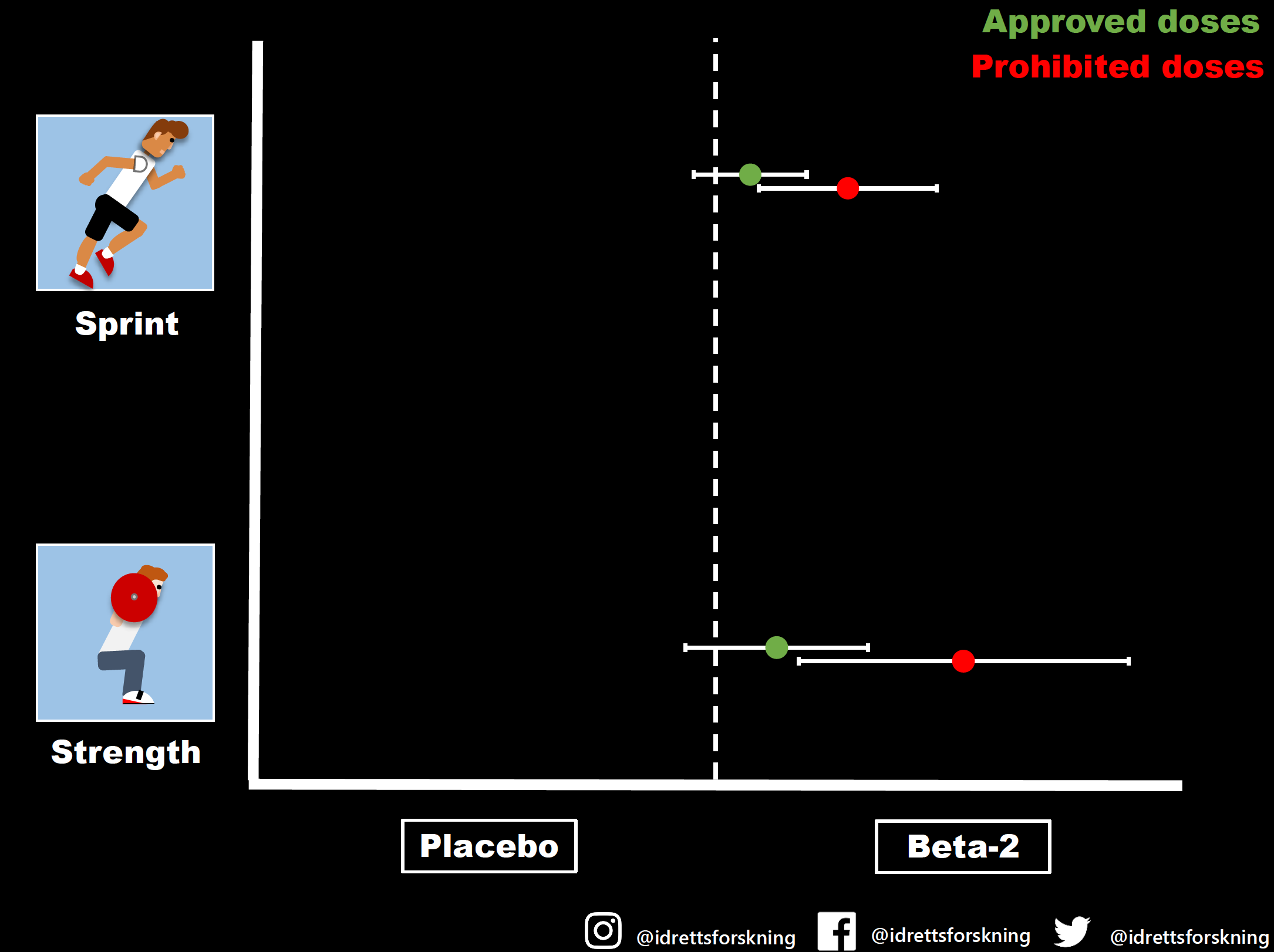 Infographic 1: The effect of β2-agonists on strength and sprint performance stratified by dose. (If the whiskers cross the dotted line the effect is zero) 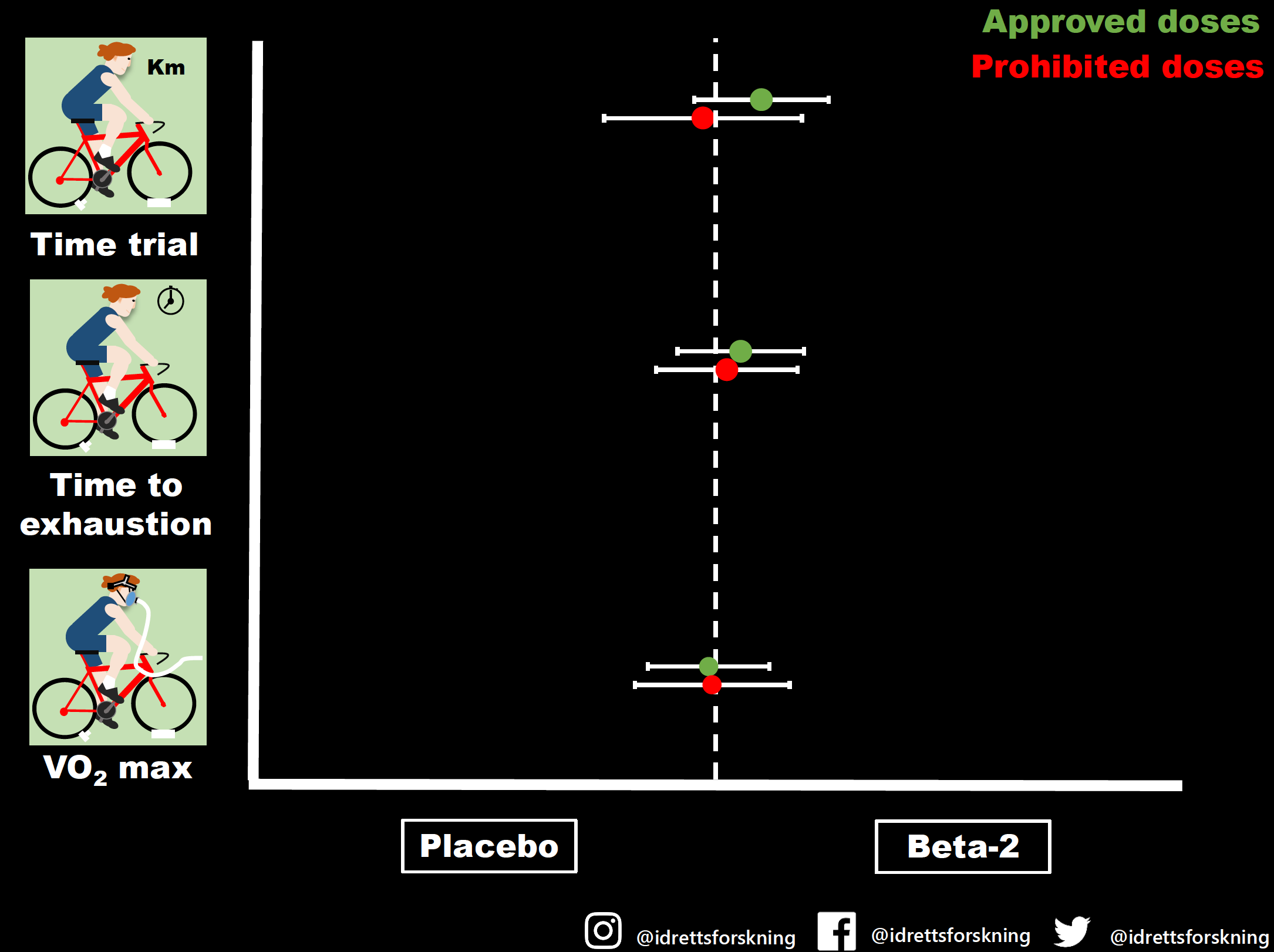 Infographic 2: The effect of β2-agonists on time to exhaustion, time trial performance and VO­2max stratified by dose. (If the whiskers cross the dotted line the effect is zero)

The effect is dose dependent, what are the other take-home points?

In light of the present studies future research should seek to determine the effect of approved doses of β2-agonists on strength, sprint and power performance in healthy athletes and if sprint ability within an endurance test (to simulate explosive accelerations within a bicycle race or a cross country ski race) is improved by β2-agonists.

The authors declare no conflict of interest