No human is limited

On October 12 in Vienna, 34-year-old Eliud Kipchoge became the first person in history to run a marathon in under two hours. His time of 1:59:40 was almost two minutes faster than his own official marathon world record of 2:01:39 he set at the 2018 Berlin Marathon.

But Kipchoge’s attempt was not an official world record. A team of 41 elite wind-breaking pacers, a guiding laser beam, a carefully selected location and course, and a pair of highly controversial running shoes all helped Kipchoge break the two-hour barrier that he came 25 seconds short of breaking in Monza two years ago.

Only four men (including Kipchoge) have ever run an official marathon in under 2:02:57. They all ran in the specially designed Nike shoes. It was only three weeks ago that fellow Kenyan Kenenisa Bekele narrowly missed breaking Kipchoge’s official record by two seconds at the 2019 Berlin Marathon.

And the day after Kipchoge’s run in Vienna, Brigid Kosgei shattered Paula Radcliffe’s 16-year-old women’s marathon world record by over a minute (!), running the Chicago Marathon in 2:14:04.

While we continue to celebrate these athlete’s achievements, their records have rekindled fiery debate about how much each factor contributed to their jaw-dropping performances. Was it their training? Their belief? Or was it the shoes?

On this week’s podcast, we are excited to welcome back Dr Alex Hutchinon PhD to break down what has been a historic few weeks in the world of endurance running.

Based in Toronto, Alex writes Outside’s Sweat Science column exploring the science of endurance, fitness, and health. He started out as a Cambridge-trained physicist and long-distance runner on the Canadian national team. As a journalist, he earned a National Magazine Award for his reporting with Popular Mechanics, covered adventure travel for The New York Times, and wrote a training column for Runner’s World. Alex is widely considered as one the best sports science writers in the world today.

In his latest book – Endure – Alex explores the science of endurance and the limits of human performance. Alex’s previous books include Which Comes First, Cardio or Weights? Fitness Myths, Training Truths, and Other Surprising Discoveries from the Science of Exercise, and Big Ideas: 100 Modern Inventions That Have Transformed Our World.

In this 20-minute podcast, Alex discusses

To find out more about Alex, check out: 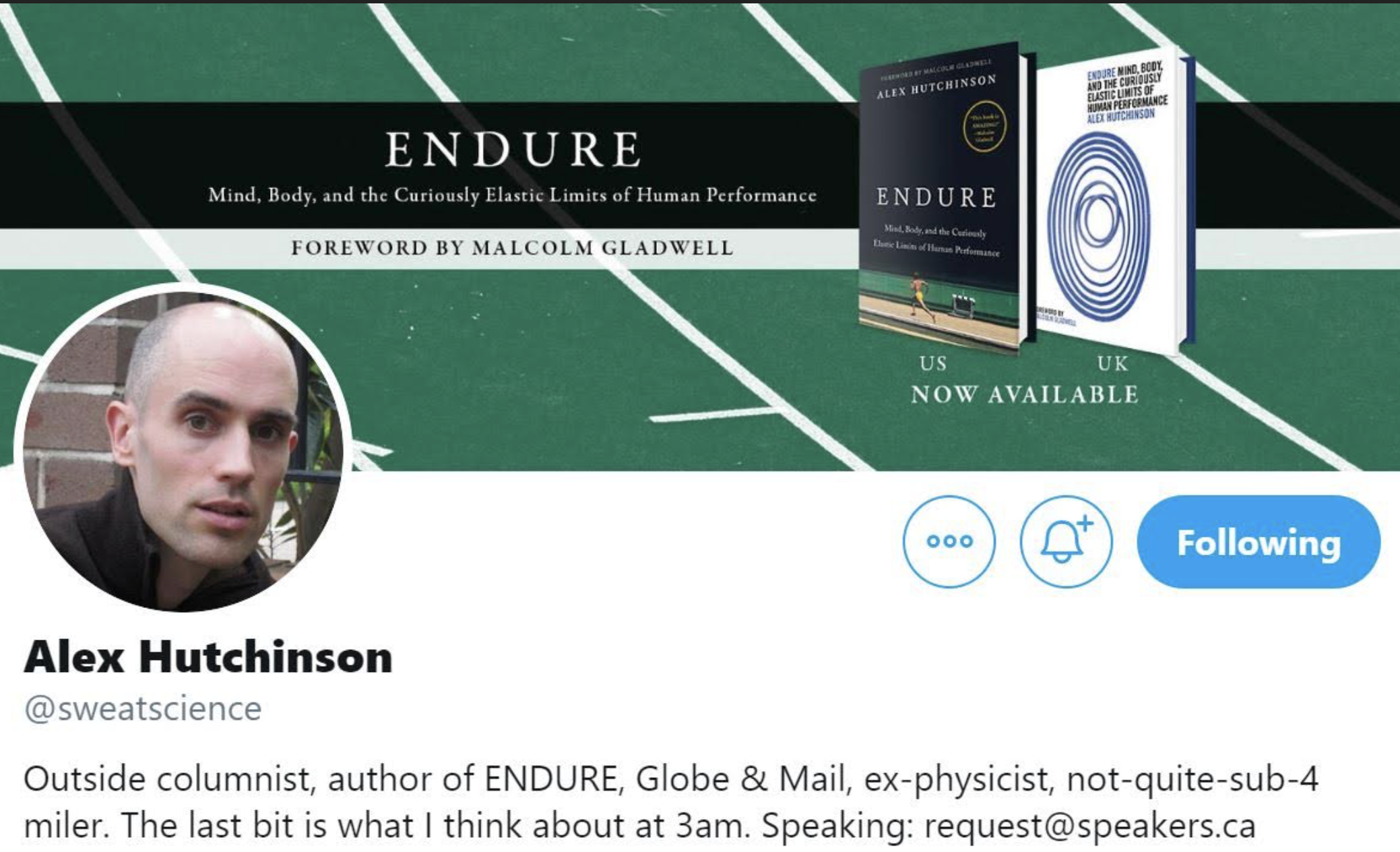 It’s all about the shoes…well, maybe not. Episode #356 [BJSM Podcast] https://soundcloud.com/bmjpodcasts/its-all-about-the-shoeswell-maybe-not-episode-356