“I feel the need, the need for speed!” Maverick, Top Gun.

How much fast running is necessary to run faster, and how much is too much and likely to predispose an athlete to a hamstring injury (HSI)? Running fast is the best training for running fast, but it’s also the biggest cause of HSIs, so how do we practically allow athletes to run fast?

The Cause, the Cure and a Vaccine

Cause: Depending on where you look, HSIs are either on the rise, or in status quo, with an average of 1 per 1000 hours in multiple sports. They are costly to professional sports teams, leagues and international teams. Generally there are two main mechanisms: over stretch (ie: reaching for a ball/player) and high speed running (HSR). This blog’s focus is on HSR and its influence on injury. The mechanism in HSR appears to be terminal swing phase with a large debate around either an eccentric or isometric mechanism and has been discussed at length by Van Hooren and Shields. The work of Buckthorpe et al,(2018) highlights the multifactorial nature of HSI and provides reference as to the integration of prevention plans in professional sport. We know that a previous history of hamstring injury is a major factor but it may also be wise to consider the location because intratendinous type ‘c’ injuries appear to have slower recovery times in track sprinters (Pollock et al 2015).

Cure: The best training for running fast, is running faster progressively. Many of the component parts of the sprinting action can be trained in isolation, but generally running is the best and most specific mechanism. Tim Gabbett’s work on acute to chronic workloads has given us an insight into how much ‘load’ can be applied at any point during a training cycle, and how it can be individualised. 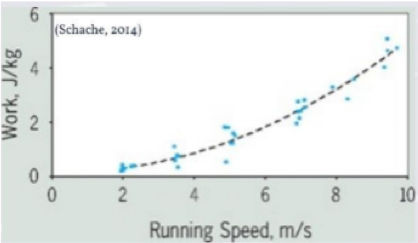 Work from Malone et al (2017) showed that an exposure to 95% high speed running in training and high chronic workload protected against injury and Duhig et al (2016) demonstrated a rapid increase in 2-week HSR load was associated with HSI.

Vaccine: This is a truly difficult area and needs to be part of a bigger injury prevention / wellness plan (from the team around an athlete), and needs to include all aspects of an athletes care (sleep, nutrition, fatigue etc) and must also fit with the needs of the club / manager / player. This must also focus on an individual’s training history and previous total training load and sprint training experience. 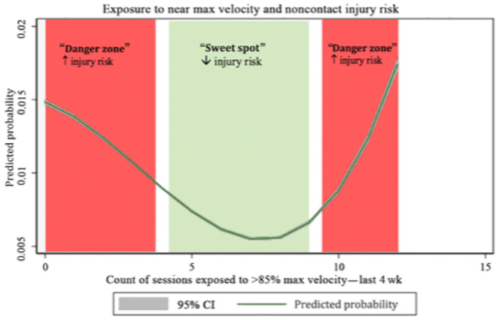 Colby et al (2018) discussed a potential sweet spot of 5-8 exposures greater than 85% speed in a 4 week period in Australian Rules Football players but this needs to be built upon and developed relative to the individuals needs / previous history. Speed should always be relative to an athlete’s top speed and not an absolute value and careful consideration should be given to the number of accelerations and decelerations a sport / individual requires.

The technical skill of sprinting should also not be overlooked, as athletes with a better ability to orientate horizontal ground reaction force have been shown to highly activate their hamstrings just before ground contact and had the highest peak eccentric torque (Morrin et al 2015). In addition, sprinters produced a higher horizontal power versus football players (Colyer et al 2018). Wild et al (2018) also demonstrated increased toe off distance (horizontal distance between toe and whole body centre of mass ie: acceleration angle) to be associated with sprint speed in Rugby players and sprinters, thereforeif an athlete can improve his / her technical skill, they should be more efficient and effective at producing speed. The use of running drills (A skips, B skips, hurdle walkovers, etc) should form the basis of most warm ups for most sports and the use of overspeed work (increasing velocity) and sled work (decreased velocity by adding weight) may also be part an athlete’s plan but should be specific to an athletes force velocity profile. 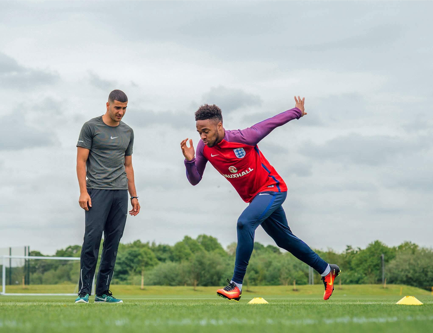 Whilst the mechanism may be highly debated, eccentric hamstring exercises have the highest levels of evidence for injury prevention and should be part of an athletes program (Peterson and Holmich, 2005). Muscle injury site, and regional adaptations may also need to be considered with rehab / prevention involving both hip bias and knee exercises (Bourne et al, 2017). These may be supplemented by isometrics or perturbationexercises but again these need to be developed and filtered into an athlete’s development. Jack Hickey’s (2017) work would advocate the use of eccentrics early in rehabilitation from HSI, but caution should be suggested if there is the potential of intratendinous injury (Type ‘c’) due to to high reinjury rate and experiences of those at British Athletics. Careful consideration should be given to volume of eccentric exercises, with a low volume (after initial 2-week introduction) doing as well as high volume of Nordic Hamstring Exercises (NHE) in Presland’s (2018)study, and perhaps more important to note was the rapid drop of in strength with a two week break in NHE and athletes need to maintain ‘high intensity’ in the low volume by potentially adding extra weight.

With careful planning, running fast can potentially be a vaccine against HSI, however a rapid increase in an athletes load and volume of HSR could also act as a cause of HSI. Practitioners are advised to have a progressive and gradual increase in order to minimize the potential for future injury. A solid technical model for each athlete (and their sports requirements) isneeded and may benefit from over speed, and resisted sled training. Eccentric exercise should also be considered as part of the conditioning for sprinting. HSI prevention in elite sport also must be part a wider prevention plan, individually specific to the player, to meet the demands of the sport / team. Marginal gains and 1% gains are often discussed in elite sport, we must sometimes be careful that our little ‘gain’ mayhamper the athlete’s ability to do the 99% of what they need to do.