In the first of this two-part article the physical, social and psychological impact of heavy menstrual bleeding (HMB) on female athletes was considered alongside assessment of history and where appropriate, a clinical examination (1).  This second article outlines clinical investigations to consider and initial management with guidance on when and why gynaecological referral is needed.

A full blood count (FBC) should be carried out in women presenting with HMB.  Athletes, particularly those involved in endurance sports, may be at greater risk of iron deficiency and iron deficiency anaemia due to increased loss of iron in the gastrointestinal tract, urine, sweat and through haemolysis (2).  Further iron loss through HMB increases the risk of anaemia in female athletes. A serum ferritin is not routinely recommended by the current NICE guideline (3) but can be considered in the athlete population if clinically appropriate.  Female hormone testing and testing for bleeding disorders need not be performed routinely.  Thyroid function testing should be reserved for women who are symptomatic for thyroid dysfunction.  All women with a palpable abdominal mass or pelvic mass found on vaginal examination should be referred for pelvic ultrasound.

When is it appropriate to refer to gynaecology?

The treatment of HMB should be initiated in the primary care setting provided there are no concerning associated symptoms (3).  It is therefore reasonable for an athlete’s regular physician within their sporting environment to consider initiating treatment in this setting. NICE produce a regularly updated pathway, which is a helpful reference guide for clinicians investigating and commencing treatment for patients with HMB (4).

Referral to gynaecology should occur in all women where clinical presentation suggests structural or histological abnormality of the uterus.  These include:

The female athlete should be provided with information about HMB and its management, alongside a discussion on the risks and benefits of the treatment options.  When deciding upon the most appropriate and acceptable treatment for the athlete with HMB the treating clinician must firstly consider if it is the result of specific pathology requiring referral to gynaecology.  If it is not, a second consideration is whether pregnancy is desired in the short term and if contraception is acceptable. It is important that the individual is involved in the decision-making process and a personalised management plan is agreed.  The treatment options are as follows:

The Levonorgestrel Intrauterine System (LNG-IUS) should be considered a first line treatment provided no pathology has been identified and, fibroids if present, are under 3cm and do not distort the endometrial cavity. It can also be an effective treatment if there is suspicion or a diagnosis of adenomyosis.  It is only recommended where greater than 12 months use is anticipated, particularly since IMB and spotting is common during the first few months after commencing treatment (5). This tends to settle down to approximately 5 days of bleeding/spotting a month, after 6 months.  The LNG-IUS results in improvement in HMB compared to tranexamic acid (TXA), mefanamic acid (MFA), the combined hormonal contraceptive (CHC) and progesterone only pill (POP) (13).

Where the LNG-IUS is unsuitable or declined, non-hormonal and hormonal treatment options exist.  TXA can be prescribed (1gram qds) in short courses of 4 days duration for HMB alone or in combination with non-steroidal anti-inflammatory drugs (NSAIDs)/MFA if dysmenorrhoea co-exists.  This combination should be stopped if no improvement is seen within 3 months of commencing treatment.  Importantly, NSAIDs in isolation are less effective than TXA or LNG-IUS for controlling HMB.

CHCs should be considered for patients who decline or cannot take non-hormonal treatment provided there are no contraindications.  They can be taken ‘back-to-back’ for up to 3 cycles, although this is ‘off-licence’ use.  The Faculty of Sexual and Reproductive Health provides detailed information on the initiation and continuation of hormonal contraceptives for women with a medical condition(6).  It is important to consider the increased relative risk of venous thrombosis associated with hormonal contraception, which may influence treatment choice(7).  This should be discussed with the athlete and considered alongside their individual risk factors, such as injuries, reduced mobility and long distance travel schedule. The POP is a suitable alternative to the CHC and may completely suppress menstruation (although more common in parenteral forms). Norethisterone (NET – 5mg tds, days 19 to 26 of the menstrual cycle) and Medroxyprogesterone acetate (MPA – 10mg o.d. for 5-10 days from day 16-21 of the menstrual cycle finishing on day 26) are non-contraceptive alternatives for the management of HMB.They canalso be used to postpone the withdrawal bleed if desired e.g. prior to a competitive match.

A further treatment consideration is the need to rapidly stop heavy bleeding.  Appropriate options include oral NET (5mg tds for 10days), which would normally effectively stop bleeding within 48 hours or TXA (1g qds for up to 5 days).

Parenteral progesterone only contraceptives (depo medroxyprogesterone acetate and the progestogen-only implant) provide further long-acting options for the treatment of HMB. However, they can be associated with prostogenic side effects, including break-through bleeding, mood disturbance, weight gain and fluid retention.  Furthermore, there is thought to be a heightened risk of osteoporosis associated with injectable progesterones when used by females under 18 or prior to completion of puberty(8).  Intuitively therefore, depo medroxyprogesterone acetate may be less suitable for the young female athlete compared to other available treatments.  It is worth mentioning here that amenorrhoea secondary to progestogen administration may make a diagnosis of relative energy deficiency syndrome (REDS) all the more challenging.

If the initial treatment is unsuccessful it may be reasonable to try a pharmacological alternative or in some instances, consider combination treatments such as the temporary use of an oral contraceptive in addition to the LNG-IUS if the intrauterine system has not quite had its full effect. However, failure to respond to first or second line treatments over a 3 month period is a reasonable indication to escalate treatment and may warrant a referral to secondary care who can offer further investigation as necessary and additional pharmacological and surgical treatments.

This article (in conjunction with part 1) is designed to offer a framework for the clinician working in sport to reference when faced with a female athlete suffering with HMB.  There are many options available to effectively treat this disorder, which can make the decision-making process more challenging for doctors not routinely required to manage gynaecological conditions.  It is hoped that this article will encourage physicians working in sport to discuss treatment options with female athlete patients presenting with HMB and where appropriate consider initiating treatment prior to referral. Importantly, this article has also aimed to clarify when it is more appropriate to refer on to secondary care. The Royal College of General Practitioners (RCGP) have recently published a ‘Menstrual Well-being Toolkit’ (9) which helps clinicians in primary care and sports medicine to reduce the burden of HMB in our sportswomen. 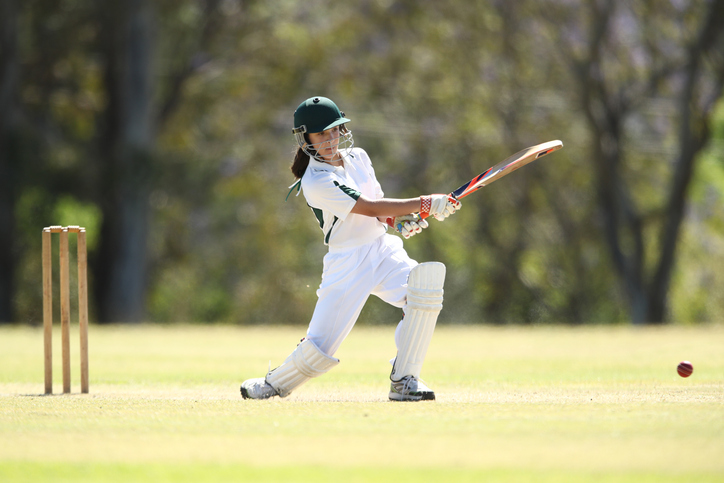 Mr Tarsha qualified from the University of Leicester Medical School in 2005 and completed his Obstetric and Gynaecological training in the East Midlands deanery in 2017. His interests are in menstrual disorders and minimal access gynaecological surgery, diabetes in pregnancy and medical education. He is a member of the British Society for Gynaecological Endoscopy. He has been a successful sportsman himself, having played rugby union at a county and semi-professional level. He is a keen Leicester City Football club and Leicester Tigers Rugby Football club fan and now keeps himself fit with the slightly less menacing pastime of pilates and as a regular gym attender. Mr Tarsha is committed to improving women’s health in this important area of sport and exercise medicine.

Dr Sheridan (@DrCraigSheridan) is a Sport and Exercise Medicine (SEM) registrar (ST3) in the East of England and continues to work as a General Practitioner.  Prior to enrolling on the SEM training program Dr Sheridan held roles as a civilian sports physician for the military, working in the regional rehabilitation unit in Colchester and in an NHS community clinic. He worked for several years with Ipswich Town Football club as the academy doctor and continues to provide medical services for their first team.   His other interests within the field of SEM include diagnostic and interventional musculoskeletal ultrasound and pitch-side medical care belonging to the faculty for the Advanced Trauma and Medical Management in Football (ATMMiF) course. He is a keen skier and enjoys the gym and park runs with his children.  His continued work in general practice and for the Football Association with the England women’s development squads prompted him to write this article on HMB with Mr Simon Tarsha.