The world watched in awe as Kenyan Eliud Kipchoge smashed the marathon world record in the 2018 Berlin Marathon, crossing the line with a time of 2:01:39. That’s 78 seconds faster than the previous 42.2 km world record. In my opinion Kipchoge’s phenomenal display of athleticism can be attributed in part to his special genetic makeup, his unwavering commitment to training, supreme ability to remain focused and impeccable time keeping. Nike however might have you think it were his shoes. 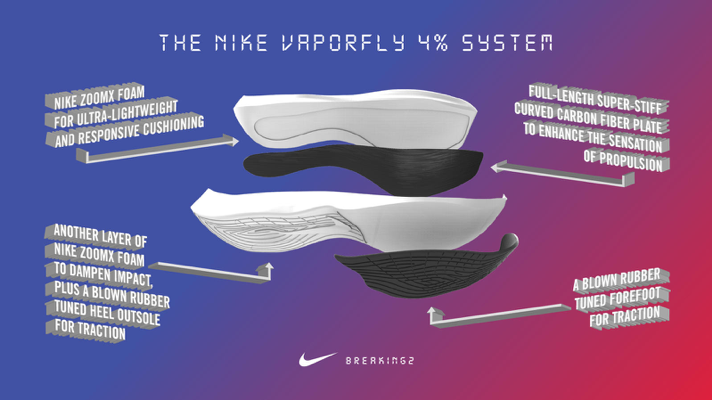 So how far can shoe technology advance before the International Association of Athletics Federations (IAAF) deem the shoe an illegal performance enhancer? The IAAF 2018-2019 Competition Rules seem open to debate in regard to what ‘unfair assistance or advantage’(7) may look like. IAAF footwear rulings state:

‘The Athletes may compete barefoot or with footwear on one or both feet. The purpose of shoes for competition is to give protection and stability to the feet and a firm grip on the ground. Such shoes, however, must not be constructed so as to give athletes any unfair assistance or advantage. Any type of shoe used must be reasonably available to all in the spirit of the universality of athletics (…) The sole and/or heel may have grooves, ridges, indentations or protuberances, provided these features are constructed of the same or similar material to the basic sole itself’. (7)

A running shoe is after all an artificial aid, one that we shall continue to scientifically debate and regulate, a point Dr John Orchard makes in his ethical discussion around carbon fibre prosthetics. Carbon fibre or not, it’s important to consider the reverse argument, at what point might our shoes actually hinder performance?

During Nike’s lab test a 50km running limit was placed upon each shoe in order ‘to prevent excessive wear accumulation’.(3) To me this acknowledges that in a relatively short period, there is potential for shoe degradation to occur which may ultimately impact performance. Pick up your trainers and match them sole to sole, it’s likely you’ll notice they have asymmetrical wear. Degradation of our shoes soles changes the materials mechanical properties and as a result runners modify their running pattern.(8) No matter how much shoe companies push the IAAF boundaries with technologically advanced footwear we still have high rates of running related lower limb injuries.(9) Rather than blaming our feet, ‘a masterpiece of engineering and a work of art’ as Leonardo da Vinci described them, consider the shoes material or faulty design features for causing this asymmetrical wear pattern. For example, a raised heel places the ankle in a greater degree of plantarflexion and inversion which increases the chance of lateral shoe wear.(10) Researchers have shown that altering the medial rear foot by just one millimetre, to simulate this lateral foot wear pattern, reduced performance of a single leg heel raise task.(10) Unlike Kipchoge we aren’t all elite sponsored athletes i.e., able replace our shoes for every event, so imagine the impact of lateral shoe wear during 30,000 plus steps of a marathon!

I recently learnt of a tool called the total footwear asymmetry score (TAS),(11) which has revolutionised my thoughts on footwear. A tool with which we can objectively and reliably observe the impact of asymmetrical wear in our patients running shoes. The TAS is calculated by measuring the thickness and hardness of the inner and mid/outer sole using a digital caliper and an Asker C durometer, noting differences between the medial and lateral sides in the same shoe.(11) It’s exciting to think that being able to identify our patients shoe wear patterns early enough could potentially prevent future injury.

This leaves me with two thoughts. Firstly, I wonder how many Kilometres Kipchonge accumulates in his Vaporfly’s before switching to a new pair? I imagine before any asymmetry is detected by his TAS score. My second thought involves Ethiopian Abebe Bakila back in 1960 when he set a world record marathon time of 2:15:16 in Rome, barefoot.(12) What if we could replicate Bakila’s race and have Kipchonge run barefoot? A true test of present day athleticism without artificial aids or performance enhancing technology. I’m just not sure if Nike will fund that project.

Natalie Gallant (@GallantPhysio) is a UK born physiotherapist calling New Zealand home. She lives and works in Auckland at www.bodyneed.co.nz and is Commonwealth Games team physio for the Falkland Islands. When not studying for her Sports and Exercise Medicine PGDip at the University of Otago she can be found trail running the native bush…barefoot (mostly). E-mail: Gallantphysio@gmail.com and Instagram: Borntorun_physio 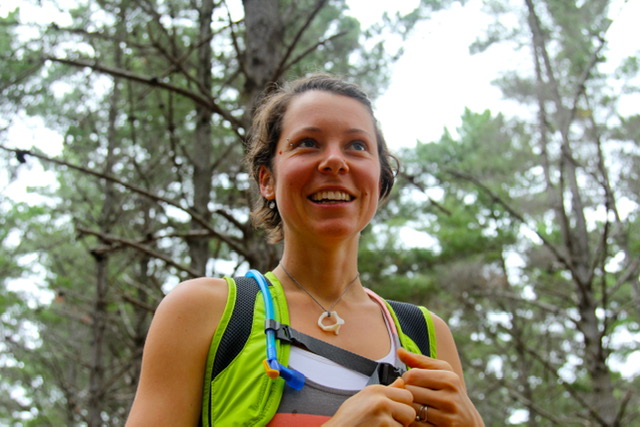