There is growing evidence that for athletes, being replete in vitamin D is important for many key areas of health and performance. For bone health, muscle strength and to support immune function. 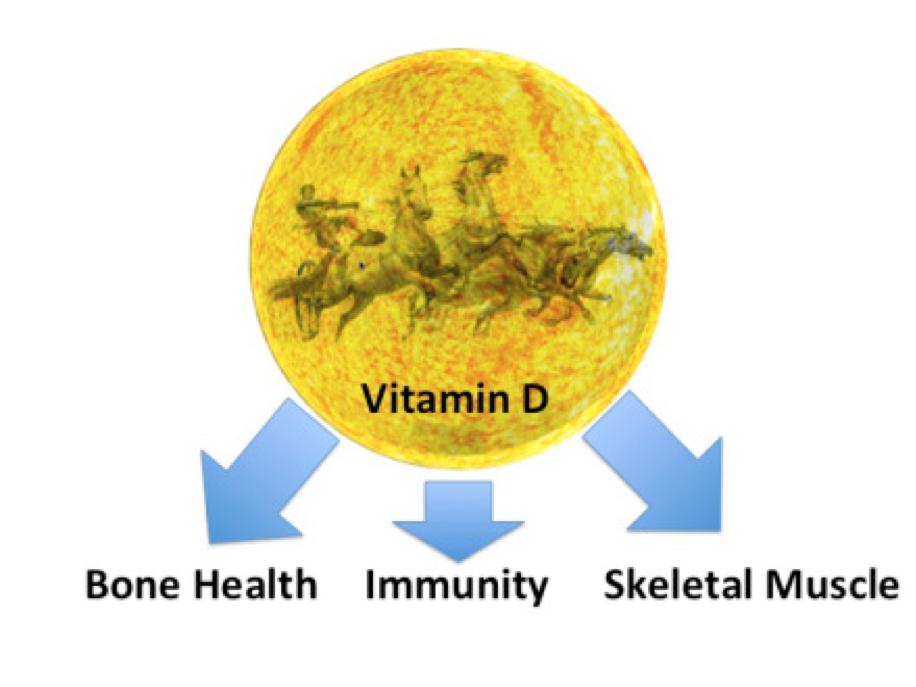 At the recent International Association of Dance Medicine conference, in addition to presenting on Dance Endocrinology I also took part in a “duel” on vitamin D to argue the case for vitamin D supplementation, in dance/athletic populations. In fact Vitamin D is a type of steroid hormone. An article in BJSM discussed the synergistic action of steroid hormones, in particular vitamin D and the sex steroids. In dancers who train in studios inside, away from the sun then there is evidence that levels of vitamin D can become low, particularly during winter months. Supplementing with vitamin D in these elite female dancers reduced injuries and significantly improved muscle strength and jump height.

What about athletes that train outside? What about male athletes? You might think that competitive road cyclists would benefit from plenty of time spent outside and that vitamin D levels would be close to athlete recommended level of 90 nmol/L. However, in our recent study of 50 competitive male road cyclists, the majority had low athlete levels of vitamin D. Even some cyclists who reported taking supplementation for this vitamin were found to have low levels, reflecting variations and uncertainties in what dose to take. Conversely some riders taking supplementation had levels that were well above recommended athlete levels. More is not necessarily better in this situation and very high levels can lead to toxicity.

Bone health in road cyclists can be compromised due to 2 factors. In the first instance, being a non weight bearing sport means lack of mechanical osteogenic (bone stimulating) skeletal loading. In addition, road cycling is a gravitational sport where being light weight confers a performance advantage in terms of power to weight ratio. This can lead to restrictive nutrition practices and low energy availability (LEA) in athletes/dancers. LEA is a situation where dietary energy intake is insufficient to support both training demands and the energy requirement to keep healthy.  So LEA has adverse effects on both health and athletic performance described in the clinical model RED-S (relative energy availability in sport). This includes a negative impact on bone health. DXA is regarded as “gold standard” quantification of impact of LEA and RED-S on bone health. In our study a specially designed SEAQ-I (sports specific questionnaire and clinical interview) was found to be the most effective indicator of poor bone health found with DXA. 28% of the cyclists were identified as having LEA with correspondingly low bone mineral density for their age.

What about the effect of vitamin D levels on bone health? In those cyclists assessed as having adequate EA from SEAQ-I, then vitamin D was an important factor in bone health. However, in those 28% cyclists assessed as having LEA, vitamin D did not feature as as such an important factor. Essentially having adequate EA is the top priority for health and performance. The other observation is that many of those cyclists in LEA, although not consuming adequate calories, nevertheless were taking plenty of supplements in the belief that this would reduce any negative effects of restrictive nutrition. This strategy does not work. The reason being that LEA causes dysfunction not just of one hormone in isolation, rather interactive hormone networks become disrupted. Hormones are crucial for supporting bone health, particularly IGF-1, testosterone and vitamin D in males. Furthermore there is evidence to show that there is a synergistic interaction between testosterone and vitamin D in men. In out study those riders with chronic LEA were found to have significantly lower testosterone than the other cyclists. So even if male athletes with LEA have adequate levels of vitamin D, then low levels of other hormones, such as testosterone, will have net negative effect on bone health.

So male cyclists are at risk of poor bone health for the following reasons:

Does this matter? An early warning sign in runners of LEA is stress fracture. In cyclists the first evidence of an issue with bone health could be vertebral fracture from a bike crash, as this is area of skeleton most adversely effected by LEA and most serious in terms of fracture site requiring longest time off bike. Moreover our study found that in some cyclists with chronic, long term LEA cycling performance in terms of 60 minute functional threshold power (FTP) was below that anticipated from training load.

To perform at your full athletic potential you need adequate EA and vitamin D.

How do you identify male cyclist at risk of RED-S? BJSM, Dr N Keay 2018

The influence of winter vitamin D supplementation on muscle function and injury occurrence in elite ballet dancers: A controlled study Journal of Science and Medicine in Sport 2014