With the FIFA World Cup about to enter the knockout stages, there is a very real possibility that many matches will require at least 120 minutes, plus penalties, to determine which team progresses, or even wins the tournament. Matches played in the group stages adhere to the typical format of two 45 minute halves being played, and points allocated to teams who draw and win. However, in the knock-out phase, an additional 30 minute passage of play (termed extra-time) may be necessary when an outright winner is needed and scores are level at 90 minutes. Interestingly, the last three finals of FIFA World Cup competitions have required extra-time, and 50% of knockout matches at the 2014 FIFA World Cup required 120 minutes of match-play.

So what happens when players are required to undertake an additional 30 minutes of match-play?

First things first, players will have a five minute period separating the end of normal time and the beginning of extra-time, and while TV viewers may not see the intricacies of what occurs during this period, most fans will be familiar with the typical huddle of players and coaching staff that appears around the half-way line. In addition to players trying to conserve energy by sitting or lying down, and/or possibly receiving physio treatment, and/or usage of cooling strategies (depending of climatic conditions) during this time, it is likely that a range of carbohydrate-containing nutritional products, such as drinks, gels, bars, will be consumed alongside water and electrolytes. The aim of such nutritional strategies is to delay or minimize the effects of soccer-specific fatigue; a response which could prove costly if fatigue led to: a lapse in concentration that preceded a goal for the opposition, limited a player’s ability to sprint fast enough to reach a cross, or compromised the speed or accuracy of an attacking players shot on goal. Indeed, 100% of practitioners surveyed did not disagree with the fact that nutritional products were perceived to be effective extra-time interventions [1]; especially in the case of carbohydrate gels with have proven efficacy when 120 min of soccer-specific exercise is performed [2].

While we know a lot about the characterization of 90 min of soccer match-play, in the fact that players may cover up to 12 km, sprint nearly 30 times, cover over 500 m of high-intensity distance, and perform up to 140 skilled actions [3,4], we know fairly little about the demands of the extra-time period. This is somewhat surprising given the prevalence of matches necessitating 120 minutes of competition in tournament scenarios, and the potential benefits associated with success in this period. Nevertheless, using performance analysis techniques, research has indicated that during extra-time players may cover an additional 3 km, perform an extra 150 m of high-intensity running, and sprint a further 12 times [5]. The consequences of extra-time are further exemplified by the severe reductions in both physical [5] and skilled [6] performance that occurs between 90 and 120 minutes. During an English Premier League reserve team cup match, with data derived from global positioning systems, reductions in total distance covered, high intensity distance covered, the number of sprints and the total number of accelerations and decelerations throughout extra-time has been observed [5]; data which may be in the order of >60% for some variables when compared to the opening 15 minutes of match-play [5].

Interestingly, the effects of extra-time may persist until long after the final whistle. It has previously been reported that matches requiring extra-time hinder performance in tests that are typically used to monitor the readiness to train of players for at least 48 h [5]. Indeed, a case report also highlights that when 64 h separated consecutive matches, there may be a detrimental effect of a match requiring extra-time on performance in the next 90 minute match [7]; although the consequences for teams, as opposed to individual players, remains to be determined when squad rotations may occur. Nevertheless, it appears that extra-time has negative consequences for soccer players; findings that make the success of Portugal in the 2016 UEFA European Championships (Euro2016) even more impressive as three out of their four matches in the knockout stages, including the final, required 120 minutes of match-play.

So, are players going the extra mile in extra-time? 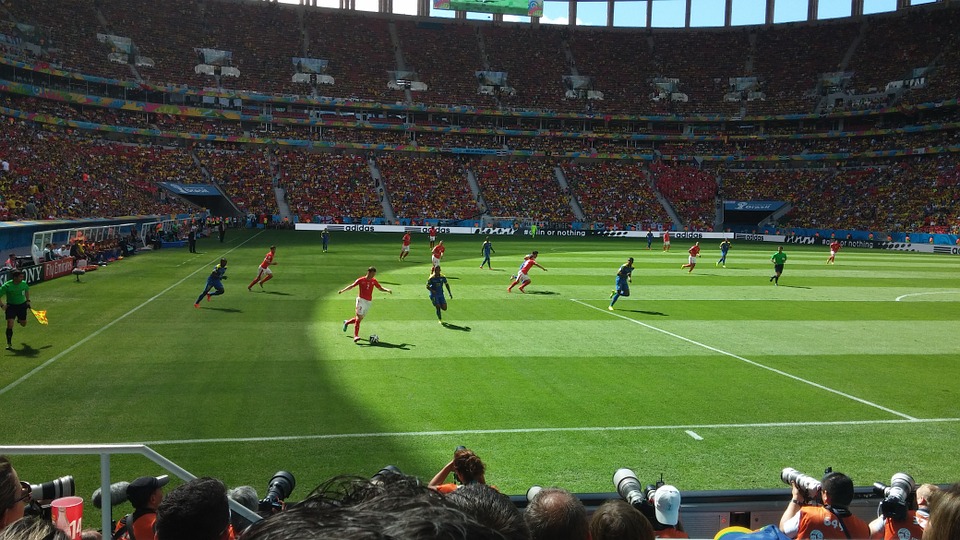 Dr Mark Russell @drmarkru55ell is a Reader in Performance Nutrition and Applied Exercise Physiology at Leeds Trinity University. His research expertise includes performance enhancement strategies for team-sports athletes (incorporating the study of the intermittent exercise responses from applied  exercise physiology, sports nutrition, and strength and conditioning perspectives). Dr Russell has led numerous funded research projects investigating topics aligned to the match-day practices of sports teams, and subsequent interventions aiming to improve competition performance and the findings from this applied research have been incorporated into the practices of a range of English Premier League football clubs and national and international rugby squads. Email: m.russell@leedstrinity.ac.uk

Dr Liam D. Harper @lharper89 is a Senior Lecturer in Sport, Exercise and Nutrition Sciences at the University of Huddersfield. He obtained his doctorate with a thesis entitled ‘The performance and physiological responses to the extra-time period of soccer’ in October 2016. Liam’s research interests include the application of science in team sports, particularly soccer, the investigation of ergogenic aids to improve exercise performance, and the effectiveness of recovery modalities following exercise.