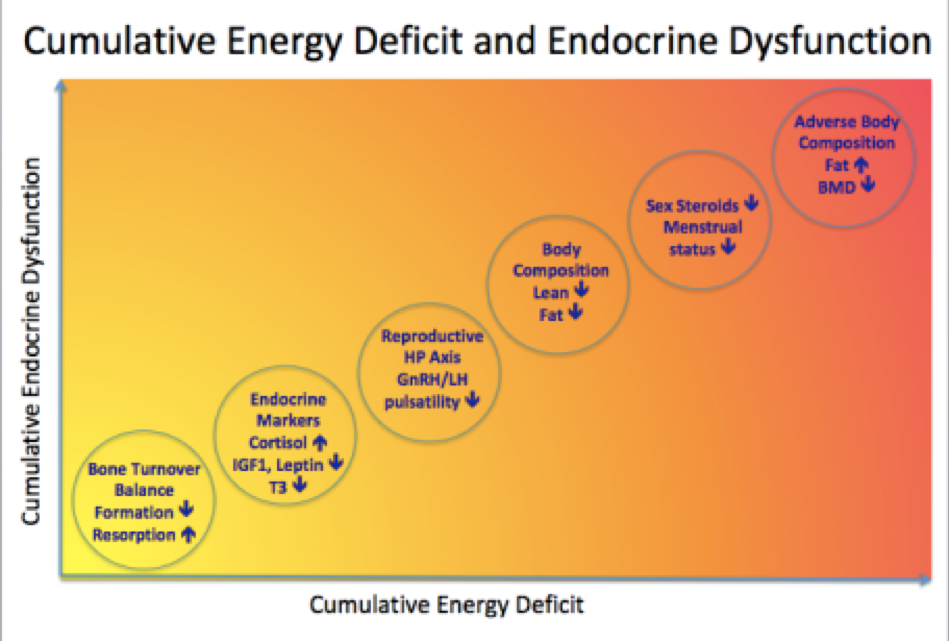 Unfortunately I continue to see athletes, both male and female, whose health and athletic performance is hampered due to Relative Energy Deficiency in Sports (RED-S). There have been some high profile athletes who are very open about how RED-S has affected them, alerting younger athletes to potential pitfalls.

Does this issue warrant highlighting? Yes! The athletes I see and those that speak out are only just the tip of the iceberg. In a study of exercising females, half were found to have subtle menstrual hormone disruption such as luteal phase deficit or anovulation. A third were amenorrhoeic, with no periods at all. All women of reproductive age, whether an athlete or not, should have regular periods, otherwise there are potential serious health and performance sequaelae. However studies in both the USA and Australia have revealed that the majority of young exercising women are not aware of the link between menstrual disruption and deleterious, potentially irreversible effects on bone health.

The impact of non-integrated periodisation of training, nutrition and recovery has evolved since the early description of the female athlete triad. The constellation of amenorrhoea, disordered eating and osteoporosis is now considered to be a clinical spectrum. In turn the female athlete triad is part of a much broader picture of RED-S, which includes adverse multi-system effects beyond bone health and is also seen in male athletes.

Although an athlete may appear healthy, what are the underlying Endocrine disruptions occurring in RED-S that ultimately will impede both optimal health and performance to full potential? In general, female exercisers are more susceptible to internal and external perturbations as the female Endocrine system is more finely balanced than in males. Nevertheless, in a study of male athletes, in the short time period after completing a training session, bone turnover was adversely affected, with an increase in markers of resorption relative to formation, if an athlete did not refuel rapidly with protein and carbohydrate. In the now classic research by Loucks, 5 days of manipulated energy restricted availability, via dietary intake and exercise output, caused disruption in LH pulsatility in previously eumenorrhoeic women. From this research and subsequent studies, not only is the reproductive axis disrupted with reduced energy availability, in addition hypothalamus-pituitary-thyroid (decreased T3) and adrenal axes (increased cortisol) and decreased IGF1 due to relative GH resistance are all disrupted. These interactive hormonal dysfunctions occur even before reduction in sex steroids. A recent study demonstrated that beyond the average energy availability over a 24 hour time window, within day energy deficits in terms of duration and magnitude are associated with a greater degree of disruption of Endocrine and metabolic markers, in particular decreased oestradiol and increased cortisol. So consistency of nutrition, not only during a training season but from day to day is vital.

Although energy availability is the crucial factor in the pathophysiology of RED-S, measuring this is not practical for all athletes in terms of accuracy and cost. Clinical menstrual status in female athletes and basic Endocrine markers are proposed as being more reliable and accessible. The Endocrine system is very sensitive to internal and external perturbations, as described above, and presages performance consequences of RED-S, such as injury. An important starting point is for all female athletes is to ask themselves: are my periods regular? This is also a vital question that coaches and parents need to consider for athletes in their care. If the answer is no, then this needs to be assessed, ideally by those with experience in Sports Endocrinology.

Why are these clinical and biochemical markers of Endocrine dysfunction important for athletes? Essentially there are significant health and performance implications for athletes. As outlined in the stories of female athletes, by the time career limiting stress fractures become obvious, typically in early twenties, the Endocrine system has been in disarray for a significant time. Long term, irreversible poor bone health and adverse body composition have been established.

In my opinion, emphasis should be placed on the positive outcome of integrating periodised training, nutrition and recovery to support a functional Endocrine system and therefore optimal health and ability to reach full athletic potential. For example for female athletes, competing in sports where low body mass confers a performance advantage, such as ballet, gymnastics and road cycling, finely tuned neuromuscular skills are essential to reach maximal potential and minimise injury risk. Yet these are the athletes most at risk of developing RED-S, with consequential adverse effects on menstrual cycles, endogenous oestrogen secretion and neuromuscular function.

Rather than reading headlines about the concerning health issues amongst athletes, more guidance for athletes and those working with them, on the warning signs and how to combat RED-S are needed so that athletes can reach their full potential and the headlines become about athlete achievements.

For more discussion on the Endocrine and Metabolic aspects of Sport and Exercise Medicine, all members of multi-disciplinary team working with athletes, including athletes and coaches are welcome to the BASEM Spring Conference 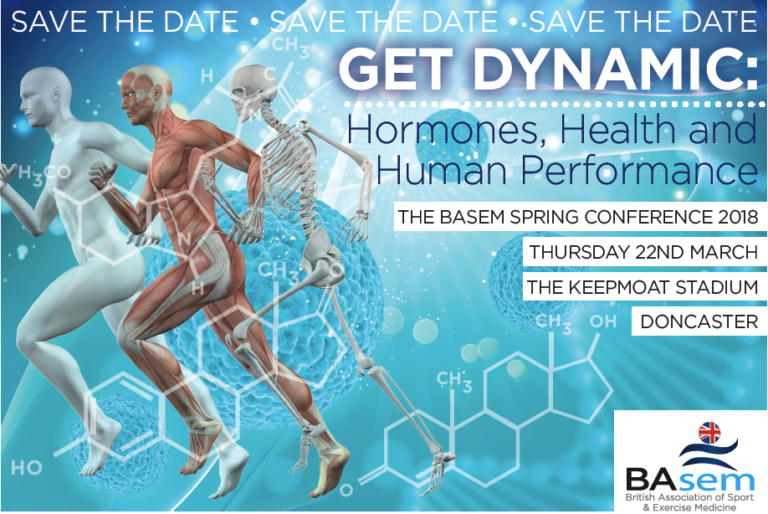 Sports Endocrinology – what does it have to do with performance? BJSM 2017