Part-2 of the blog mini-series on youth

Recent reports reveal that children in Britain are amongst the least active in the world. At the other end of the spectrum there have been a cluster of articles outlining the pitfalls of early specialisation in a single sport.

Regarding the reports of lack of physical activity amongst young people in Britain, this is of concern not only for their current physical and cognitive ability, but has repercussions for health in adult life. Research demonstrates that young people with low cardiovascular fitness have an increased risk of developing cardiovascular disease in adult life. Conversely, the beneficial effects of weight bearing exercise in prepubescent girls has been shown to enhance bone mineral density accumulation, which will have beneficial impact on peak bone mass. However, as I found in my longitudinal studies, the level of exercise has to be in conjunction with an appropriate, well-balanced diet to avoid relative energy deficiency deficiency in sport (RED-S), which can compromise bone mineral density accumulation. 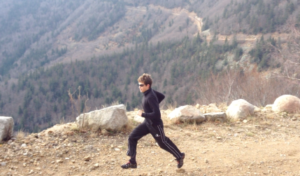 At the other end of the scale, early specialisation in a single sport does not necessarily guarantee long term success. Rather, this can increase the risk of overuse injury in developing bodies, which in turn has long term consequences. Ensuring that all elements of fitness are considered may be an injury prevention strategy. I agree that injury prevention can be viewed as part of optimising sports performance, especially in young athletes for both the present and in the long term.

Sleep is a vital element in optimising health and fitness, especially in young people who may be tempted to look at mobiles or screens of other mobile devices which delays falling asleep by decreasing melatonin production. Sleep promotes mental freshness and physical elements such as boosting immunity and endogenous release of growth hormone. As Macbeth put it, sleep is the “chief nourisher in life’s great feast”.

A balanced approach to health and fitness should be promoted, with young people encouraged to take part in a range of sporting activities.

Expanding sports injury prevention to include trauma and adversity

Infographic. Endoscopic versus open discectomy for sciatica? Which is more cost-effective?