I first read about the International Olympic Committee’s 2-part ‘How much is too much’’ Consensus Statement in BJSM 50(16/17), 2016 regarding injury and illness in athletes. It highlighted common roadblocks to athletic performance, and evidence informed insights to enhance the health of our athletic community. This was a landmark paper to shine light on a diverse and cumbersome topic, however it was clear that this IOC paper was targeted towards elite athletes. (Read the open access articles: part 1 HERE, and part 2 HERE). 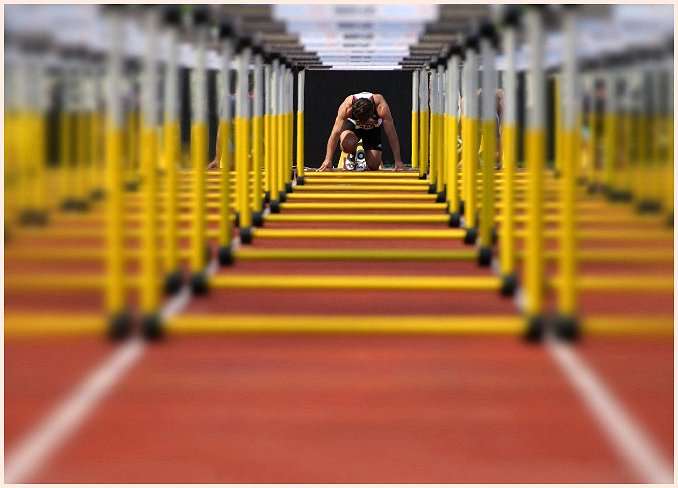 Below are my reflections on psychological stress, otherwise known as psychological load – one of the less monitored issues raised in the IOC paper. I discuss how these ideals can fit amongst a modern SEM framework in an elite and non-elite setting. Psychological load or psychological distress is defined as ”the end result of factors eg, psychogenic pain, internal conflicts, and external stress that prevent a person from self-actualization and connecting with ‘significant others’ ”. This may impact on functioning and is likely to affect performance.

In the Consensus Statement, psychological load was discussed as one of the parameters in an athlete’s training load. Whilst not an entirely new concept, it is certainly one not often discussed. This is especially true outside an elite setting where a sports psychologist is becoming a more standard part of the team. Elite sport often includes daily measurement of psychological parameters with outcome measures such as Rate of Perceived Exhaustion (RPE) or forms such as the K10 for detecting anxiety and depression. This is to assess signs of early warning. The non-elite setting does not usually provide for this. Psychological stressors were noted as coming from a variety of external areas such as negative life events, daily stressors and sports related stress. It also covered internal variables such as personality type, anxiety, stress susceptibility and maladaptive coping strategies. These areas have been implicated in increasing athlete load, impacting areas such as timing and coordination, fatigue, muscle tension and immunity.

The conversation surrounding psychological load and training, in elite and non-elite settings is one that needs to exist between three groups of people. The coaches, the athlete and the treating practitioners: physiotherapists, doctors, and other therapists. Without an openness to this topic, we close our eyes to a potential cause of injury.

Coaches program their training based on physiological factors in and around competition needs. They are experts on the physical requirements of the athlete within their sport, the technical and skill requirements of the sport, and the competitive mindset for achievement. It is important that the coach has a conversation with the athlete that creates an awareness of these off-field psychological loads which affect their training.

Although professional practitioners are often trained in Waddell’s biopsychosocial model, in my experience they often focus on the patho-anatomical side of injuries. They need to be cognisant of the impact of psychological load as a contributor to system overload in the first place, and as a confounder for return to play. The practitioner needs to instigate this discussion and this concept as they sort through the potential points of overload and initiators of breakdown in the system that results in injury.  If there is not a multidisciplinary team, including a sports psychologist, who are communicating between each other about the athlete’s welfare, such as exists in many elite settings, practitioners in private practice need to be this front line. Thus, for the non-elite athlete the conversation of psychological load ought to be held in the treatment room. It is also a conversation that must be monitored and maintained.

The athlete is the only person in this conversation that can make it work. Although in an elite setting psychological concerns may be attended to, it is especially important that non elite athletes are also aware of the importance of psychological load. The success of their training programs hinges on it. Giving them a safe, open environment to discuss these issues, and having them prepared to come to the table with this considered as part of their overall load, is essential. Only once the athlete understands psychological load and is engaged in this process can the potential outcomes be viable and useful.

Papers by the likes of Raysmith, Drew, Blanch and Gabbett demonstrate why it is so important to monitor and manage load. They show the usefulness of training smart so that trainings aren’t missed.

This research becomes an important part of our conversation with the elite and non elite athlete regarding psychological load. Notably, how it can tip the scales on injury and illness. This evidence is useful to reason with the competitive mindset of the athlete. Non elite populations additionally need to understand how crucial it is not to miss trainings. When injuries are reduced, we ultimately create better performance, and the competitive mindset is satisfied that taking the foot off the pedal can be a step forward.

The IOC papers focus very much on the elite end of sport. Here we see sophisticated monitoring of athlete well-being and suggestions on implementing resilience strategies and stress management skills.

For most coaches, docs, and therapists treating elite and non-elite athletes, the strategy is to consider psychological stress assessments, referral to a sports psychologist for the above, and/or have a discussion with the athlete, educating on importance of moderating training during times of increased psychological stress.

The first step to combating this silent injury risk is being aware, and having the conversation. It’s time that we all became a part of this conversation for not only our elite athletes, but our recreational athletes. The latter are quite possibly the most at risk due to their diminished support structure.

I hope that these thoughts have helped to raise the relevance of the IOC papers beyond elite sport and into private clinics and sports medicine practices around the world. Thank you to the BJSM blog team for letting me share my thoughts.

Pete Garbutt is in private practice at Enhance Healthcare in Canberra, Australia. With over 20 years of working with sports from indoor soccer to beach volleyball, pole dancing to water polo at all levels from local to international, Pete has a wealth of experience with managing sports injury and performance.Pete is the President of the International Sports Chiropractic Federation. In 2015 Pete was awarded a Fellowship with Sports Medicine Australia and Australian Chiropractor of the Year in 2016. You can follow him on Twitter (@Pete_Garbutt).

Schwellnus M, et al. How much is too much? (Part 2) International Olympic Committee consensus statement on load in sport and risk of illness. Br J Sports Med 2016;50:1043–1052

Soligard T, et al. How much is too much? (Part 1) International Olympic Committee consensus statement on load in sport and risk of injury Br J Sports Med 2016;50:1030–1041