Despite the potential health benefits from participating in the sport, rugby is under increasing scrutiny as a result of the high number of injuries experienced by youth participants. We know, for example, that injury rates in rugby union for participants under 21 years of age can be as high as 128.9 injuries per 1000 playing hours, with a mean injury incidence rate of 26.7 per 1000 playing hours. The tackle is often to blame, causing sixty-three per cent of all injuries in one study on school rugby. 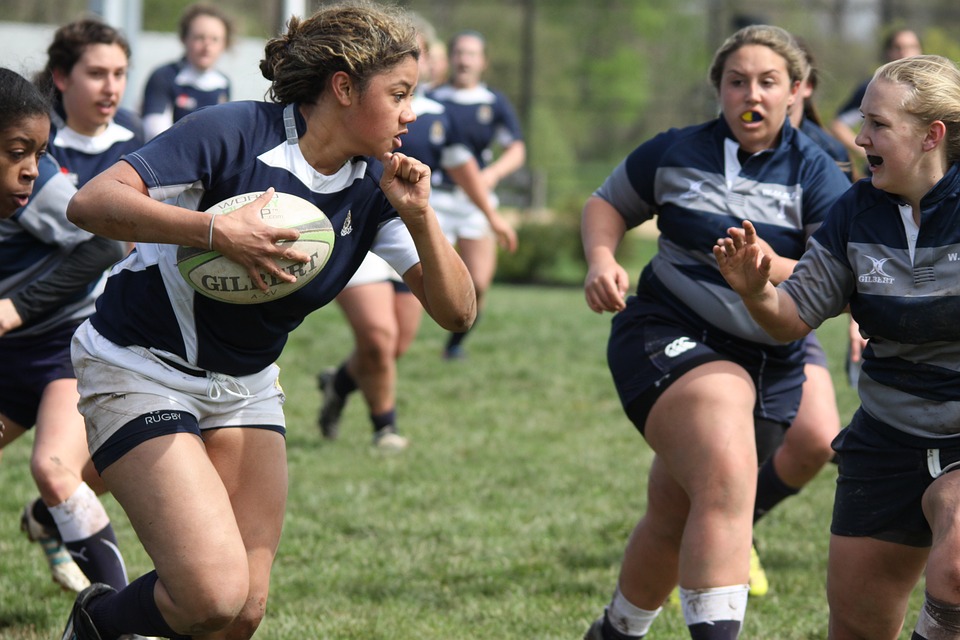 Concussion has received particular attention due to the potential long-term impacts (e.g., chronic traumatic encephalopathy) it may have upon brain functioning. Indeed, a systematic review of concussion in youth sport, stated that rugby had the highest risk of concussion compared to sports such as Field Hockey and American Football. In fact, one recently published study in Sweden shows many of the damaging social outcomes of concussion. Concerned about the potential damage the tackle may be having on children, we and the Sport Collision Injury Collective recently wrote to the British government urging them to ban tackling in rugby in school sport.

The Rugby Football Union’s response to safety concerns in their sport is through the delivery of educational initiatives. Specifically, the online HEADCASE programme provides key stakeholders with information about recognising concussion and managing injured players (i.e., secondary prevention). Delivered through an online, interactive web platform, it is freely available for players, coaches, officials, parents, teachers, first-aiders and spectators to complete. This potentially represents an improvement to player-safety, with the rugby authorities (the Rugby Football Union, World Rugby etc.) leaders in the management of brain trauma in sport. However, the following sections highlight some concerns about the effectiveness and delivery of this health-focused educational programme.

Globally, some rugby authorities require their coaches and teachers take either annual or biannual training to coach the sport. The Rugby Football Union, however, has no mandate for coaches to have undertaken HEADCASE training – although any individuals seeking to undertake a new coaching or refereeing qualification (which is also not mandatory to coach or officiate) are required to complete the programme before attending a course. Yet, this neglects the vast population of coaches who have completed their qualifications before the introduction of the HEADCASE programme, or those coaches and officials who do not seek qualifications at all. Furthermore, coaches and officials in England who have completed the training will only have to do so once, with no immediate plans to make it a yearly requirement like rugby governing bodies in the southern hemisphere.

There is poor evaluation of educational initiatives aimed at reducing injury in sport. Only two rugby programmes (BokSmart and RugbySmart) complete all four elements of Van Mechelen’s Model of Injury Prevention (i.e., establishing the extent of the injury problem, establishing the aetiology and mechanisms of sports injury, introducing a preventative measure, assessing its effectiveness by repeating the process) to establish intervention effectiveness. Subsequently, researchers have asserted: ‘There is a dearth of evidence to support the effectiveness of such programmes’. Additionally, a recent BJSM systematic review found the concussion prevention benefits of technique training and practice time restrictions may be limited to a specific sub-set (i.e., 11-15 year olds) of the at-risk athletic population.

Unless sporting bodies evaluate the effectiveness of their training, the impact upon injury prevention is unknown. However, evidence from the health and safety literature suggests that when implementing controls to manage risk, educational interventions are somewhat limited in effectiveness. Specifically, the Hierarchy of Control asserts that elimination of a risk is the most effective way of management, with personal protective equipment being the least effective, and administrative controls (i.e. education) the second least effective. Thus, altering the structure of an activity (substitution) or eliminating the mechanism – in this case tackling –  are likely to be much more effective interventions for the prevention of injuries than educational initiatives. Exemplifying this, law amendments in youth Ice Hockey (i.e., removing the body check) resulted in a reduction of injuries and concussions.

Injury prevention must be the priority when considering the current concussion crisis in sport.  However, if the Rugby Football Union is committed to education about tertiary care of brain trauma at this stage, programmes should specify mandatory annual participation for the rugby workforce, with comprehensive evaluations of their effectiveness simultaneously undertaken. Although unlikely to be as effective as altering the structure of the sport (e.g., moving from contact rugby to touch rugby in schools), such changes may help to reduce the risk of concussion in youth rugby, while maintaining the cardiovascular and psychosocial health benefits offered by participation.

Conflicts of interest: None to be declared.

Adam White [Adam.White@winchester.ac.uk] @AdJWhite, is a doctoral researcher at the University of Winchester and founding member of the Sport Collision Injury Collective. He also sits on the committee of the England Rugby Football Schools Union.

Dr. Tim Gamble [Tim.Gamble@winchester.ac.uk] is a Senior Lecturer in Psychology at the University of Winchester. His main research interest is investigating risk and protective equipment, specifically the unintended consequences of safety equipment provision.

John Batten [John.Batten@winchester.ac.uk] @JBatz85 is a senior lecturer in the Department of Sport and Exercise at The University of Winchester where he is currently programme leader for the BSc/MSci (Hons) Sport and Exercise Science.