I’ve written about ACL injury in the past: at-risk age groups, risk factors, when it is safe to return to sport following ACL surgery and ACL prevention programs – to name a few (read past posts on my blog). For my guest spot in this BJSM blog, I turn my attention to sport performances upon return to sport.

Reports suggest that within 1-2 years following ACL reconstruction 80% of people will return to some form of sport, 65% will return to the same sporting level, and 55% will return to competitive sports (1). That’s all well and good, but the question I am interested in is: Are the return to sport statistics the same at the elite level, and importantly for the fans, will the athlete ever be the same again when he or she gets back on the sporting field?

How do elite athletes perform after ACL reconstruction? 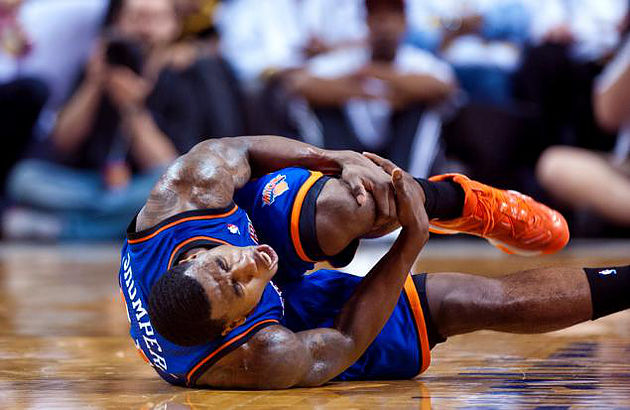 One study found that 86% of NBA players successfully made a comeback in the next playing season. However, total games started, total games played and player efficiency ratings were all significantly lower in their first season back compared to age-matched controls. Their careers were almost 2 years shorter as well (2).

Conversely, I also wrote about the rise and rise of Australian Cricket test batsman Usman Khawja, after he recently returned to sport following ACL reconstruction. Prior to his ACL injury in late 2014, he was in-and-out of the Australian test team, and had a test batting average of 24 runs per innings. However, only 10 months after sustaining his injury, he was picked for the Australian test team, scored 170+ runs in his first match back, and has been averaging over 100 runs per innings ever since.

The obvious difference between these 2 case studies is that the physical requirements and tightly packed playing schedules in the NBA requires the knee to function significantly greater than what is required for test-match cricket. Nevertheless, I was Intrigued as to how one cohort of players can experience declines in performance after ACL recons, and one cohort of players can seemingly thrive, so I dug deeper and found these interesting results:

So there you have it, a bit of a mixed bag of successful and less successful return to sport performances across a number of different sporting codes.

Being an eternal optimist, I guess the moral of my story today is that: Despite what the research shows for NBA players and NFL players, ACL injury doesn’t have to mark the start of a slow and steady decay in player performance and an early retirement from the game. In fact, in some sports, an ACL injury to an athlete can be the catalyst to spark or revive a career. The time spent on the sidelines and working in rehab allows the player to work on weaknesses and improve strength, power, agility, balance and speed. This means the player can come back, fitter, stronger and faster than ever before.

And that’s simply a joy to watch!