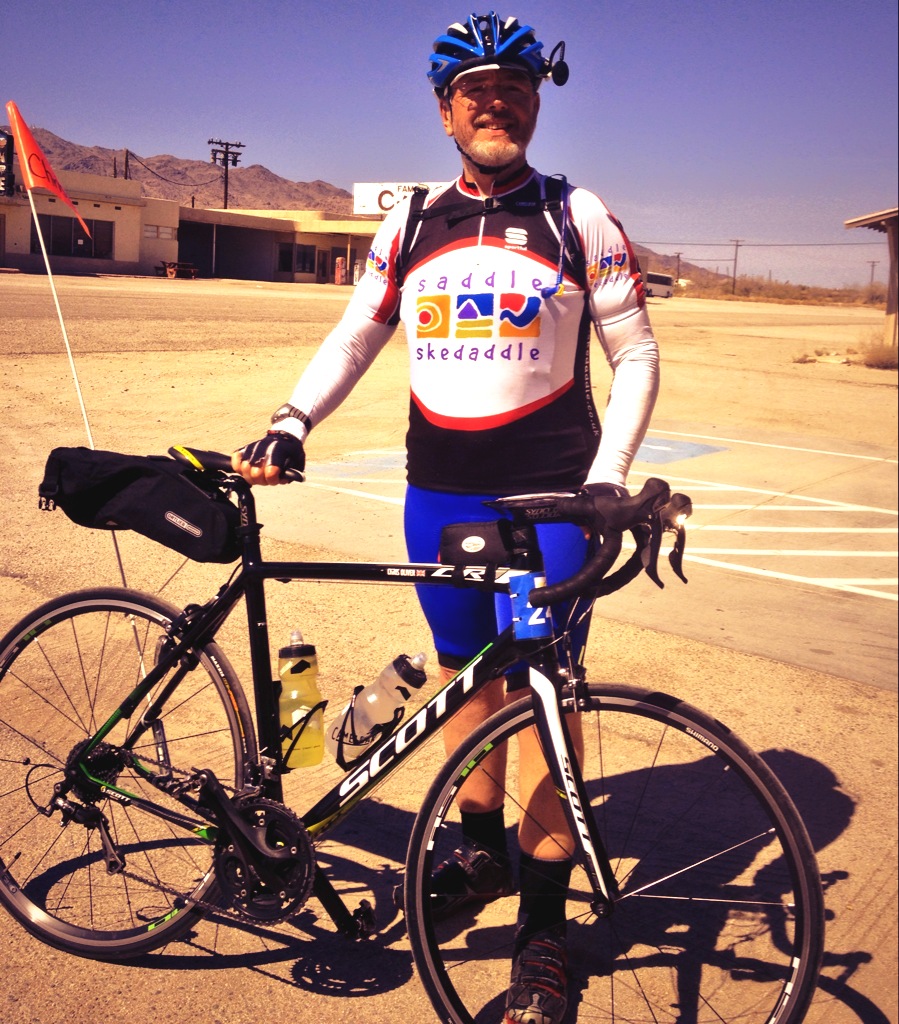 After losing over 12 stone in weight, cycling across America, becoming a cycle campaigner, writing some policy on active travel and starting a few physical activity projects I became honorary professor physical activity for health at the University of Edinburgh. The “Sit Less, Walk More” message had finally come home to me. I had certainly lost my work life balance and after writing hundreds of numerous papers and passing an alphabet soup of post nominals, I was seriously ill with metabolic syndrome and diabetes. Although I was a successful trauma orthopaedic surgeon at the Royal Infirmary of Edinburgh, my life was collapsing around me. I had a gastric band in 2007 and got physically active, a shopping list of things to do to recover my life and get back to the things I did as a medical student got seriously out of hand. I never expected to get back to expedition whitewater kayaking or to ride 3,415 miles across the USA, this was a surprise. Coming off call in 2013 allowed me to recover from considerable professional burnout, I never should have gone back on call after having my gastric band. After all this, neither did I expect to become a professor or be in the media. I really just wanted to pay back to everyone the second chance at life I had been given. In 2013 the BBC Scotland Adventure Show made a mini-documentary about my weight loss and advocacy roles. I had hit the national media.

Meeting Professor Nanette Mutrie at the Physical Activity for Health Research Centre, University of Edinburgh was a life changing event and in the spring of 2015 I was conferred as honorary professor, a job with no exact role or even title, just to be available! With my somewhat nerd like computer skills I deliberately intended to grow my social media networks as much as possible to enable me to meet and network with as many physical activity advocates as possible. I grew my Twitter, Facebook, LinkedIn, Klout and Wikipedia profiles to engage. Certainly press, TV and radio occurred, often by initial engagement with Twitter. A consistent professional message on the positive aspects of physical activity has grown networks well. I had some professional media training. I had useful engaging radio interviews on BBC Radio Scotland on weight-loss surgery, sugar tax and various aspects of obesity. In January 2016 I featured in a BBC Scotland News documentary, “Car Sick” on the relationship between cars, bicycles, pollution and physical activity. Television seems easier to control than radio call-ins!

I was invited to join the NHS Scotland Health and Social Care Physical Activity Delivery Group, this group delivers the Physical Activity Policy for the Scottish Government. It’s notable that the recent Scottish budget did not deliver any extra funding for active travel and even a 1% transfer of funding from roads to active travel was ignored. Being a member of the Cross Party Group for Cycling at Holyrood I see access to ministers a key for developing good bold physical activity policy. I’ve attended several NHS Scotland physical activity events. I conclude that it would be good to see a Physical Activity Cross Party Group evolve at Holyrood. Government funding needs to be placed in the correct places and not encased in silos. There needs to be an increased “political will” to support physical activity and negate the effects of physical inactivity. We all know the ticking economic time bomb that is being caused by physical inactivity. Senior government policy makers and leading ministers must quickly engage with vigorous physical activity policy, however unpalatable it may seem.

Throughout the year I gave various lectures: I was told to find out about altmetrics and give a lecture to the department. I was doubled billed with the Scottish CMO, Catherine Calderwood to give a “Health and Wellbeing” lecture to a secondary school in Glasgow, I particularly enjoyed this and would hope that one of the pupils one day would perhaps cycle across the USA, perhaps decades away. I presented results of a small survey on cycling and coffee and wrote some more scientific articles on caffeine and coffee. My inaugural institute professorial lecture “How not to be a surgeon, cycling to physical activity” was started with my entrance cycling into the lecture theate on a Brompton bike, a serious example of active travel.

With members of PAHRC we have a multiagency grant submission into investigate the effects of 20mph speed limits on active travel in Edinburgh; walking, cycling and the built environment in Edinburgh, the results are awaited.

There are some great people in PAHRC. Sharing an office with Dr Andrew Murray, the ultramarathon runner has been interesting and we have both worked to promote physical activity as much as we can, however we both have day jobs! With Dr Danijela Gasevic and her team at PAHRC are developing a MOOC, Massive Online Open Course in Physical Activity and Assessment. The MOOC will launch in May 2016 and has over 13,000 people signed up, we are currently signing up about 100 people a day. You can join here, no idea what the final numbers joining will be.

The surgery I currently perform is complex hand and wrist reconstruction surgery. The technical details of the surgery is still so much fun and I spend most of my time now teaching operative surgery. I cannot do surgery forever so a longer term career in physical activity post retirement in the next five years or so looks a great opportunity. The first year has been fun! Thanks Nanette!

Customary physical activity and odds of depression: a systematic review and meta-analysis of 111 prospective cohort studies

School-based interventions modestly increase physical activity and cardiorespiratory fitness but are least effective for youth who need them most: an individual participant pooled analysis of 20 controlled trials

Infographic. When is abnormal normal? Reframing MRI abnormalities as a normal part of ageing