I have attended many World Rowing Champs, as a spectator, and then as Rowing Ireland’s Lead Physio and this time I was invited as a guest of FISA (the international rowing body) to give the Keynote at their Annual Medical Commission Meeting. My presentation topic was ‘The evolution of understanding of back pain in rowing’. 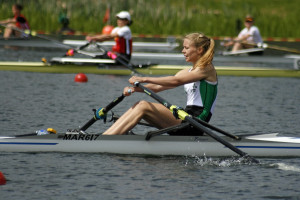 I spent many years as a clinician who often felt the need to be more involved in research (with no time in the intense environment of elite sports medicine) and then transitioned to an academic position, which no longer gave me time to be at the coalface with patients/athletes. I became very aware of how both groups can feel patronised by the other (I have had the ‘ivory towers’ quote thrown at me more than once) and have empathy for both sides. I am also aware (by being an ex-athlete and wife of an Olympian) that the athlete’s voice is frequently ignored; we health professionals like to inform athletes what is the ‘best medicine’ for them.

Considering this, I underpinned my talk with an understanding of how these groups have contributed to our current understanding of rowers’ back pain. My thoughts turned to the Sackett’s 3-part model of evidence based medicine; it can tell us a lot about an integrated approach to injury management in sport1. 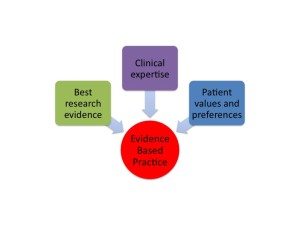 We have come a long way as far as this aspect is concerned. I accessed an injury study from 1958 (a Commonwealth Games Report), which described rowing as ‘relatively unhazardous’ but still reported that 50% of rowers (two of four athletes!) sustained a new back pain episode during the surveillance period. Injury surveillance has greatly improved and we have good information that back pain is a considerable issue in rowing (30-50% of elite rowers sustain a new injury in a 12-month period). We have also identified that history of previous injury and time spent using rowing ergometers can predict injury onset; other predictors suggest that core stability training (yes!) and certain types of weight training are also associated with injury onset. An evolving body of research around biomechanics have identified that pelvic positioning is crucial to injury risk, that fatigue changes kinematics and that ergometer rowing is crucially different (as far as spinal mechanics are concerned).

There is a lack of cohesion between those managing rowers’ back pain and those conducting research. I interviewed a number of squad physios before my talk for ‘pearls of wisdom’ and they shared clinical practices that were very under-represented in published studies. Most notably absent were the cognitive aspects, which represented thoughts and beliefs around back pain; clinicians seem to be addressing this really well but it has not filtered through to research — a very small number of studies examining this component.  Another discrepancy is with ‘core stability’ as a rehab tool (a pet hate of mine). Those managing rowers’ backs have now moved away from the isometrics/’rigid trunk’ model to activities that encourage dynamic movement and discourage hypervigilence. However, a trawl of the internet (and reviewing emails I received following the BJSM special) it appears that core stability and ‘the plank’ is still widely prescribed to rowers.

This is the ‘tumbleweed’ moment. The patient/rower’s ‘lived experience’ of back pain appears to have been widely ignored in published studies. Those working with rowers will of course have really good experience of how an injury event affects these athletes but this information does not seem to be informing management in the wider population. There are examples such as the mindfulness programme that Rowing Australia adopts with LBP management, but this approach is not always standard. LBP can be the ‘career ender’ for many rowers (I am a case in point) that must inevitably influence the experience of this injury.

The great gathering of expertise at the World Rowing Champs focussed on how we might influence future understanding of this injury. There is a need to integrate academics, clinicians and the patient voice by improving communication between researchers and those treating rowers. We need a consensus statement (ultimately) with a starting point of a good definition of LBP in rowing which is meaningful. We need to listen to the patient voice and are in the planning stages of a qualitative study to do this. A back pain screening questionnaire, specifically for rowers, which will then inform a management algorithm is also in the early planning stages.  We need to help the nations with less advanced sports medicine to access best contemporary advice (which will override some of the internet nonsense); the BJSM special edition (issue 21, 2014)  was an excellent starting point for this.

It was a great privilege to present and represent my profession at the 2015 World Rowing Champs. This being an Olympic Qualification year, racing was at a blistering pace and FISA’s great commitment to a clean sport (first international sporting body to introduce the biological passport) meant that all nations were represented and races were hard-fought.

I witnessed some athletes’ high hopes turn to complete despair when Olympic qualification evaporated by the tiniest margins. Also tragic is knowing that among some of those now on top of the world having qualified for the Rio de Janeiro Olympics, at least one won’t be at the start line because of a new episode of low back pain. FISA, rowing clinicians and the athletes are working together to try to prevent that happening in future games.

Dr Fiona Wilson, PhD, MSc, MA, BSc, MISCP  is a Chartered Physiotherapist and an Assistant Professor in the School of Medicine, Trinity College Dublin. She has over 25 years of clinical and research experience in the UK, South Africa and Ireland. She is former lead physiotherapist with Rowing Ireland.