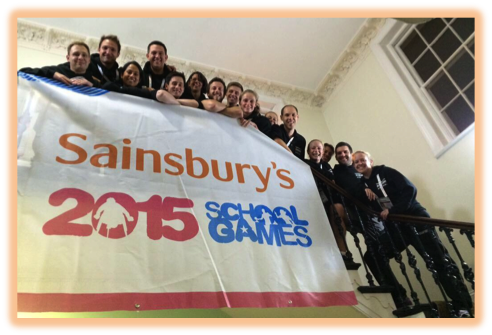 Well, what a fantastic few days I’ve had recently. I’ve not long returned from working at the 2015 Sainsbury’s School Games, and am proud to have shared company with a wonderful plethora of athletes, coaches, doctors and physiotherapists. This was my second year at the games and this time around, I found myself working with fellow physio and frequent blogger for the BJSM, Sam Blanchard (@sjbphysio_sport). Whilst there isn’t much down time in this environment, there is always time for discussion. One such chat between Sam, myself and the rest of the team got me thinking: what is the physiotherapist’s role in an environment such as the School Games? 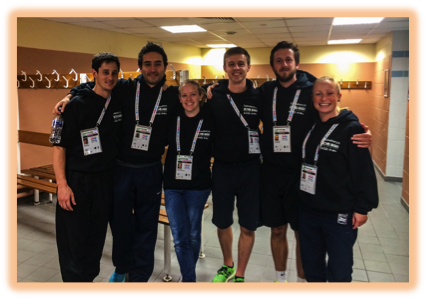 The annual School Games event sees approximately 1600 athletes aged 13-18 years of age, competing across various sporting disciplines, over a three-day period. For the medical team this is a busy 72 hours, with plenty of assessments being undertaken and lots of new faces, each with their own complex histories and idiosyncrasies. So how can we be the most effective?

Well, for starters we need to ensure that we are performing the basics to a high standard. Thorough subjective and objective assessments need to take place with our detective’s hats on, so we can wean out any possible ‘nasties’ or serious pathologies. These could range from osteosarcomas to a previously undiagnosed stress response. It is also worth taking note of the possibility of apophyseal avulsions in the adolescent athlete. But let’s assume that we’ve managed the basics well and we are left with those generalized aches and pains that any athlete will present with. Those that are not life or limb threatening, but are a day to day issue with athletes who train and compete for many hours each week.

Here’s an example from this year’s games: A 14 year old male athlete entered the make-shift medical clinic (the changing rooms), complaining of vague soreness in his knees. This had been ongoing for a couple of weeks and had been linked with an increase in training load in prep for the competition. Upon observation he was covered in tape from top-to-toe. He assured me that he was not sponsored by a leading kinesiology tape brand, but I was dubious. Three strips around each knee, lines up and down his ITBs, and some obscure technique running across his lower back. When asked who had implemented the taping he confessed that he had self-applied, but had based what he’d done on the techniques he had been shown by physios in the past.

“Do you think you need all that tape on?” I asked.

“Umm, I think so?” He replied with a questioning inclination.

“Do you think it helps?” My second line of inquisition.

“Umm, I think so” His response came with a pondering pause prior.

“Do you think it will help your pain or performance?” My third line of questioning.

I can’t promise that this was verbatim, but that was the gist of the conversation, and with it I aim to highlight the impact that previous physiotherapy input has had. At this stage I hasten to acknowledge that there are, of course, other contributing factors, such as the influence of peers and role-models who are seen sporting the same tapes, the effect of marketing strategies of the tape companies, and many more. But he has been shown how to perform these techniques by other physios and they have been remembered, to the point where he is applying the tape with no known knowledge as to what it does, or why he’s even using it. He just feels that he needs it, and has become reliant on wearing the tape. I am not questioning the role of taping (that’s a new blog topic altogether), neither am I questioning the quality of the previous physio input (as any athlete will come away with only a few key messages from a session and in this case, it may have been the tape that stuck – excuse the pun!). However, by contributing in such a way, are we helping to build strong, robust athletes or those reliant on external factors?

Predictably enough, this athlete was a repeat user of the physiotherapy service during the 3 days of games. Each time presenting with fatigue based aches and pains – expected after four to four and half hours of repeated jumping and landing per day. He frequently asked for rub downs and taping to help him get through the tournament and with time restraints as they are in such an environment, it would be very easy to slip into auto pilot and give him some therapeutic hands on work. However, what followed was a dose of education and reassurance that his own body and mind were resilient structures that could withstand the rigors of the sport and perform at a high level. Whilst he may have left unsatisfied without his rub down, he went on to medal with his team at the games, and I can only hope that this experience went some way to reassuring him that he could still perform, even without his taping/soft-tissue work.

As a team we pondered if there was something underlying that we were missing, but we realized that this 14 year old athlete had simply been institutionalized into the world of physiotherapy. He had become reliant on his tape and massages, with very little education as to how he can self-manage some of the rigors of training independently. I would argue that the child/adolescent athlete should be empowered to manage their own bodies, as opposed to feeling dependent on techniques that they may not always be able to access. I pose that if we are not considerate with our wording and actions as physiotherapists, we will nurture a generation of athletes (and on a bigger picture, adults) who are reliant as opposed to resilient, and may not be able to self-manage.

As elite programs for the young athletes develop and a greater number of kids are exposed to the pressures of high level sport, the medical profession must identify that we are not working with young adults. This completely different client group requires a different skill set. It is my belief that as part of our practice to the developing athlete, we need to instill good habits, educate and most importantly, empower them to become the best that they can be. 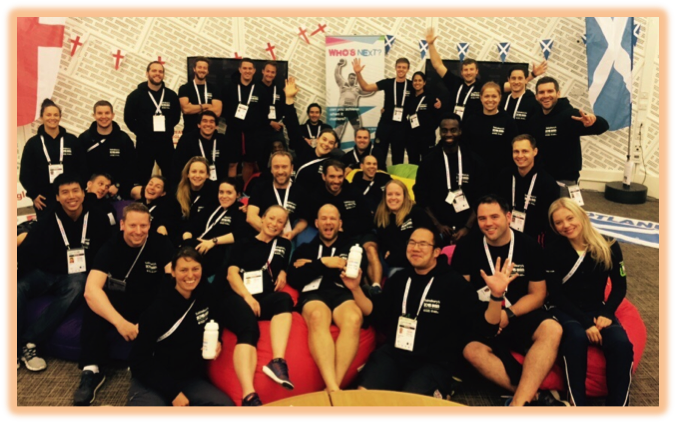