By Alex Hutchinson, Runner’s World‘s @SweatScience columnist and author of “Which Comes First, Cardio or Weights? Fitness Myths, Training Truths, and Other Surprising Discoveries from the Science of Exercise” 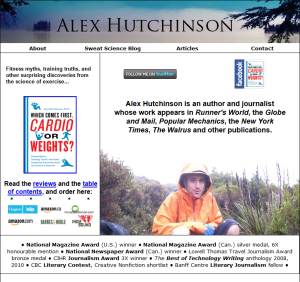 The short and simple answer is we don’t know. In fact, we don’t really “know” – in the sense of being able to measure some sort of unambiguous physiological change – whether the second wind even exists. But people do experience the sensation: partway through a long bout of exercise, it suddenly feels easier for a little while. So what’s going on?

Fuel burn hypothesis: There are hypotheses involving the type of fuel your body is burning during exercise – e.g. a switch from burning carbohydrate to burning fat. This does, in fact, occur in people with McArdle’s disease, a rare condition involving impaired carbohydrate storage, but it occurs reliably within five to 10 minutes of the start of exercise. That’s not what people are refer to when they talk about the second wind. The same timing problem applies to theories about how much oxygen is getting to your muscles.

Is it in your brain? Instead, the answer is much more likely to involve either neurochemical or psychological factors. There has been a lot of research into “runner’s high,” a sense of euphoria that occurs during or after prolonged exercise (very similar to, and perhaps in some cases indistinguishable from what people refer to as a second wind). The two leading theories involve the release of endorphins, the body’s internal version of opioid drugs, and endocannabinoids, the body’s internal equivalent of, well, pot. Either separately or together, they’d be enough to change your perception of effort, pain, and mood, and there’s reasonably good evidence that both become elevated during prolonged exercise. There’s also wide individual variations in response, which could explain why it’s so unpredictable who will experience runner’s high and/or second wind, when they’ll experience it, and how it will feel.

It turns out that lots of subtle factors can affect how hard exercise feels. Knowing that you’re halfway, or even better, knowing that you’re almost finished can change perception of effort. So can hearing the cheers of a friend or bystander, passing or being passed by a competitor, or the positive or negative internal self-talk echoing in your head. A study published last year even found that subliminal messages – a millisecond image of a smiling or frowning face – can change your perception of effort sufficiently to affect your performance. So there’s a near-infinite list of factors that could quickly change your perception of how hard you’re going.

So can we say for sure that the second wind is “all in your head”? Not necessarily. In the 1970s and 1980s, there were a few studies that looked for physiological evidence of a second wind in constant-pace exercise. One had subjects swallow a pair of balloons to measure pressure in their esophagus and stomach during a breathing task, and the researchers argued that the sensation of second wind was accompanied by measurable changes in the muscle contractions of the diaphragm. It’s a neat idea, but it hasn’t been followed up more than 30 years later, and frankly isn’t particularly convincing.

Instead, I think the best takeaway message is that much of what we experience during exercise – including, in all probability, the second wind – is dictated by the brain. That doesn’t make it less real – just harder to measure.

Alex Hutchinson is an author and journalist who completed a PhD in sports science. You can find his work in Runner’s World, the Globe and Mail, Popular Mechanics, the New York Times, The Walrus and other top publications. We are hoping to arrange a podcast with him on about common sports myths on BJSM.

And you can join a sports and exercise medicine community on Google+ here – post, make comments or just enjoy! 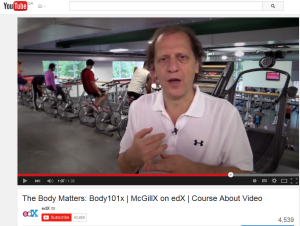