The low carbohydrate diet discussion continues: does the LCHF diet fall better under well-researched intervention or ill-advised fad? Today the focus was on various health parameters, including metabolic syndrome, type 2 diabetes, and metabolic syndrome. Check out the Day 2 Storify here!

Launching the morning, Dr Westman described the clinical use of #LCHF diets for the treatment and prevention of obesity as well as metabolic syndrome. He presented a number of trials that demonstrated the improved efficacy of #LCHF diets in comparison to low GI diets, Mediterranean diets, and low fat diets. #KeyTheme – a conscious reduction in carbohydrate content would subsequently limit caloric intake (without deliberate restriction), and the various components of metabolic syndrome. Want some extra reading? Try these papers: 1, 2 & 3.

Dr Jay Wortman from Canada outlined the significant decline in the health of the aboringinal people following the introduction of western dietary foods, including processed and refined foods. Continuing the trend of many other speakers, Dr Wortman drew on the hormonal model of obesity, its associated metabolic dysregulation, and the role of insulin resistance in fat accumulation. #ModelSummary – Carbs à Insulin à Fat accumulation. His presentation concluded with data showing the most significant reductions in HbA1c levels in response to very low carbohydrate diets. (Westman et al. Nutr. Metab. 2008; Nuttall & Gannon JAN 2007). 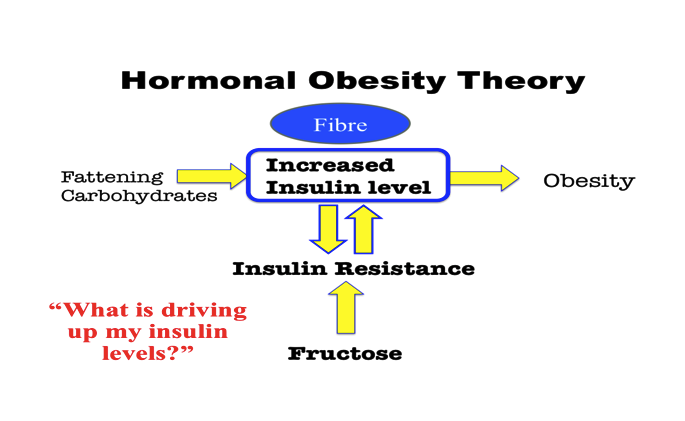 Shifting gears, bariatric surgeon Dr Robert Cywes brought an #addiction approach to the discussion. Take home points included not just the removal or restriction of unhealthy foods, but replacement of those foods with other foods or other rewarding activities. Physicians were encouraged to engage in lifestyle counselling with their patients and to remain sensitive to patients’ barriers. Just as smoking is not a pathology but a driver towards it, Dr. Cywes portrayed obesity in a similar light.

Though bound together by a common thread of carbohydrate restriction there was variation among the speakers. This included their recommendations for specific daily carbohydrate values, fiber intake, and the proportion of the population who should follow a #LCHF diet – points picked up by salient questions from audience members.

The common threads woven throughout include eating #RealFood, #SayNo2RefinedCarbs, and #Don’tFeartheFat. As a number of the speakers remarked, #LCHF diets have proven effective in clinical trials, but there is a need for more research in the field of weight loss, cardiovascular risk, and dietary interventions.

Tweet your questions or comments to @BJSMPlus (BJSM’s in-depth conference Twitter handle) as we update you on the Summit.