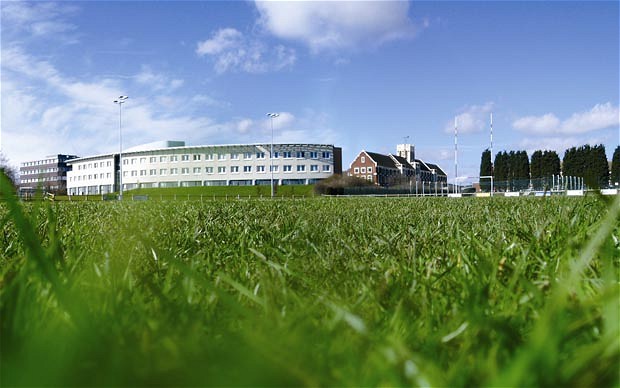 Diversity and flexibility of both training and career possibilities was part of the appeal for my perusal of Sport and Exercise Medicine Training. Now, compelled by a fervent obsession with health improvement through physical activity, I am returning to student life and embarking on a clinical PhD. Through an exciting collaboration between Loughborough University’s School of Sport, Exercise and Health Sciences and the Leicester Respiratory Biomedical Research Unit, my PhD will explore Physical Activity in Respiratory Disease. Against the backdrop of the new multi-million pound National Centre of Sport and Exercise Medicine and amidst the surrounding buzz of athletic ability and achievement there is no excuse for a lack of inspiration.

Physical activity improves health. This statement is well established. We also know that its lack is a risk factor for mortality. Exercise and physical activity as part therapeutic interventions are becoming more and more employed across a wide range of diseases including respiratory diseases such as COPD. Pulmonary rehabilitation provides a good example. Although some of the outcomes of muscle and cardiovascular training may seem logical, the we need to learn more about the influence of physical activity on the actual disease processes.

Further, translating knowledge into behaviour change at individual and population levels are one of our biggest challenges. As the development of technology and labour-saving devices escalates, the need for novel approaches to encourage physical activity grows.

An interdisciplinary lens to tackle complexity in health

The 2012 Olympics in London are fading into the past, but on the Loughborough University Campus, the legacy lives on in the form of the National Centre of Sport and Exercise Medicine. As the building’s construction reaches its final stages, anticipation about its occupation increases. The new facility will house researchers, clinicians, applied practitioners, and translational scientists who will work together to address five key areas: Physical Activity in Disease Prevention, Exercise in Chronic Disease, Sports Injuries and Musculoskeletal Health, Mental Health and Wellbeing, and Performance Health.

Well, although I find the relationship between physical activity and a wide range of diseases interesting, respiratory disease and respiratory physiology has always been particularly fascinating. I recall a particular encounter as a medical student: I was introduced to an elderly gentleman who had had a partial pneumonectomy for TB when he was younger. Despite having part of his lung removed, his level of function was not significantly reduced. COPD is a heterogeneous condition and there is frequent disparity between symptoms and function with some of the implicated causes being physical deconditioning, dynamic hyperinflation and skeletal muscle dysfunction. This tells us that there are many questions surrounding respiratory disease and physical activity, and I look forward to further investigation.

Meanwhile, as the war against physical inactivity rages on, I am battling a potentially less active lifestyle as I now spend more time in library and labs than on clinical rounds.  Lucky for me, I am armed with my new pedometer and standing desk!

Ruth Pearson trained at St George’s Hospital and following training through the Acute Care Common Stem pathway, began training in Sport and Exercise Medicine.  She has spent three years as a registrar in the East Midlands before recently stepping out of programme to commence a PhD.  She has always enjoyed playing and being involved in sport.

Farrah Jawad is currently a ST4 doctor in Sport and Exercise Medicine in London and co-ordinates the trainee perspective blog series.