Athlete fatalities at multisport events around the world continue to receive considerable media attention. Although these incidents are uncommon, each is a tragedy for those involved. Within the triathlon community, the general problem of event-related fatalities is unsettling for athletes, families, race directors, venue owners, and governing bodies, alike. With new information emerging from a recent USA Triathlon (USAT)-sponsored review of the American experience with event-related fatalities, it’s worth reflecting on the known facts, identifying the gaps in our understanding of the problem, and searching for opportunities to improve athlete safety. 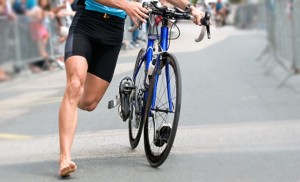 What Do We Know?

Although there is considerable scientific literature regarding fatalities and sudden cardiac death in other sports settings, there are relatively few data regarding triathlon specifically. In a research letter published in 2010, Harris et al. reported on a review of triathlon fatalities in the United States during 2006-2008 [1]. Fourteen victims were identified and, based on estimated participation numbers, the fatality rate was estimated at approximately 1 per 67,000 participants. The victims ranged in age from 28 to 65 years, the majority of victims (80%) were men, and the majority of deaths (93%) occurred during the swim portion of the event. Among the 9 swim victims who had an autopsy, cardiac abnormalities were identified in 7 (mild left ventricular hypertrophy in 6 and a coronary artery anomaly in 1), and the cause of death was “drowning” in all 9.

A more extensive review was conducted by USAT for the time period of 2003-2011 and was reported in a Fatality Incidents Study in late 2012 [2]. USAT recently updated its experience through the 2013 season, reporting on a total of more than 32,000 sanctioned events over an 11-year period that involved more than 4 million participants. In all, there were 66 race-related fatalities, with a fatality rate since 2006 of approximately 1 per 65,000 participants. The victims ranged in age from 24 to 76 years, the majority of victims (82%) were men, and the majority of deaths (72%) occurred during the swim portion of the event.  No particular race venue, start method for the race, or length of race appeared to be a risk factor. A small number of victims died as the result of injuries sustained in bicycle crashes, but nearly all of the other victims were treated for cardiac arrest at the scene. No autopsy information was included in the USAT report.

What Don’t We Know?

Aside from basic demographic information, we know very little about triathlon victims. From anecdotal reports, there appears to be a wide range of athletic ability and triathlon experience, but this has not been documented in detail. We know very little about the medical histories of the victims. Did they have medical problems, especially cardiovascular, that placed them at risk? Were there any medications or supplements that could have played a role? We also know very little about the initial treatments provided for the victims of cardiac arrest. What were the timelines for rescue, administration of CPR, defibrillation, and advanced life support? From the limited autopsy information available, it appears that seemingly mild heart abnormalities were present in the majority of victims, yet the mechanism(s) for a sudden fatal arrhythmia remain unknown. We must use caution because autopsy findings alone can rarely distinguish between a primary cardiac event and death due to typical drowning. All of these questions deserve the attention of the medical, scientific, and triathlon communities. Governing bodies should partner with interested investigators for targeted investigation as well as the establishment of fatality registries.

In addition to pointing out the need for further study, the available data also suggest some immediate opportunities. The USAT Fatality Incidents Study included recommendations for athletes, event directors, and governing bodies in a framework of shared responsibility for safety [2]. Education about the risks of participation and constructive conversation about mitigating that risk may be our most useful opportunities.

Athletes must arrive at the race healthy, fit, and prepared. Due regard should be paid to pre-participation medical evaluation with an emphasis on cardiovascular health. Thoughtful consideration should be given to the issue of cardiac screening.

Event directors should plan and conduct races with athlete safety as a foremost responsibility. Well-rehearsed safety plans, particularly involving rescue in the open water, will be essential if there are to be survivors of cardiac arrest or drowning during the swim portion of events.

Finally, governing bodies worldwide should take a leadership role in developing and providing safety-related educational materials to both athletes and event directors.

Dr. Lawrence Creswell is a cardiac surgeon at the University of Mississippi with an interest in athletes and heart disease.  He is a triathlete and open water swimmer.  Dr. Creswell writes about athletes and heart disease in a monthly column at EnduranceCorner.com and at his Athlete’s Heart Blog, at www.athletesheart.org.  He led the 2011 USA Triathlon review of event-related fatalities and was recognized as the organization’s Volunteer of the Year in 2012.  You can follow Dr. Creswell on Twitter at @athletesheart.