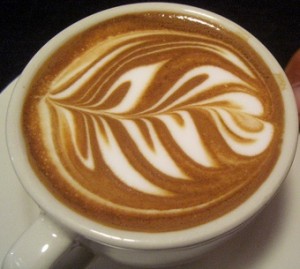 A huge number of people have done this in their lifetime. Many of you reading this will have already done this (several times) today. Several of you might be doing this as you read this article. What is ‘this’? ‘This’ is drinking coffee or more specifically consuming caffeine. Caffeine is one of the most highly consumed substances on the planet whether via coffee, energy drinks or supplementation. But is caffeine ‘good’ for us? The field of nutrigenetics (the effects of genetics on what we consume) offers us further insight to the potential effects of coffee/caffeine consumption.

Caffeine, a major constituent of coffee, is metabolized by the polymorphic cytochrome P450 1A2 (CYP1A2) enzyme. Individuals who are carriers of the CYP1A2-1A variant are classified as ‘rapid’ caffeine metabolizers, whereas carriers of the variant CYP1A2-1F are ‘slow’ caffeine metabolizers. The potential impact on health outcomes between these two variants is remarkable. A study completed in 2006 demonstrated that ~ 55% of people were carriers of the CYP1A2-1F (‘slow’) variant (read more here). Carrying the ‘slow’ variant increased risk of myocardial infarction (as indicated by multivariate-adjusted odds ratios (ORs)), versus carriers of the CYP1A2-1A (‘fast’) variant  in those who drank 1, 2-3 or 4 cups of coffee per day by 32%, 74% and 66%, respectively. When this analysis was completed for individuals less than 59 years of age, the respective increase in risk was 158%, 193% and 181%. Interestingly, all OR’s for carriers of the CYP1A2-1A (‘fast’) variant were lower than the control group (i.e. coffee consumption was associated with reduced risk of MI).

As caffeine is well known as a central nervous stimulant, the potential effects on heart function might not be a huge surprise. However, a second study, from 2009, has demonstrated similar results when evaluating coffee consumption and hypertension (read more here). This research showed that risk of hypertension was 115% and 733% higher in moderate (1-3 cups) and high coffee consumers (4+ cups) respectively for carriers of the CYP1A2-1F (‘slow’) variant.  Similarly, all OR’s for carriers of the CYP1A2-1A (‘fast’) variant were lower than the control group (non-coffee drinkers).

As ever with studies that examine associated risk, these results do not constitute causality in that coffee/caffeine does/doesn’t increase/decrease health risk/benefits. However, on the balance of evidence presented there is a strong suggestion that those individuals who are carriers of the CYP1A2-1F (‘slow’) enzyme are far more likely to suffer negative health outcomes from caffeine consumption. It should be added that carriers of the CYP1A2-1A (‘fast’) enzyme can still suffer negative effects of excess caffeine consumption. Those who have consumed too many espressos will testify to the fact that the ‘jitters’, nausea, tachycardia and high levels of anxiety are unpleasantly symptomatic of excess of caffeine consumption. In summary, the presented nutrigenetic evidence suggests one man’s coffee just might be another man’s poison.