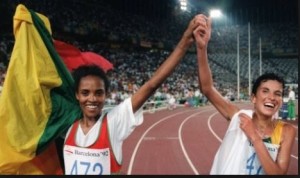 How will we remember this man of immense stature? This man who truly loved his people, his country – and sport! How did he change my life and career and how will his legacy continue to do so for me and many others?

I grew up and completed my medical studies in the privileged, white South Africa of the 1970s and 1980s, while political prisoner number 46664, Nelson Rolihlahla Mandela was in solitary confinement on Robben Island, just off the west coast of Cape Town. He was found guilty of high treason and jailed for life in 1962, before I was born. This was after he launched Umkhonto we Sizwe, the military wing of the African National Congress (ANC) in response to the banning of this organization by the South African white minority government at the time. I remember his name mentioned on television, mainly in the context of terrorism, protests, anti-apartheid activists and a growing chorus of international leaders calling for his release. But I never saw a photo of him – it was illegal to print or possess any image of ‘Mandela’ at the time. There were separate hospitals, clinics, churches, libraries and public building entrances for whites and ‘non-whites’ at the time – a morally corrupt and divided society with a massive white sheet covering the mountains of hatred, nepotism, racism, self-enrichment, pride, vanity, deception and self-righteousness. (Sadly still the case in many parts of the world…)

I remember the day when South African President FW De Klerk announced the end of Apartheid and the imminent release from prison of Nelson Mandela. It was early 1990 and I was in 5th year medical school.

Then the big day, 11th February 1990 when, after serving 27 years, Nelson Mandela was released from the Victor Verster prison in Paarl near Cape Town, a short drive from my first primary school.

The 1992 Barcelona Olympics was South Africa’s first Games since 1960. On Friday evening 7th August 1992 Ethiopian, Derartu Tulu became the first black African woman to win Olympic Gold, finishing ahead of white South African Elana Meyer in the 10,000m event.  The images of these two sporting heroes completing a lap of honor hand in hand, symbolising the true nature of sport and new hope for Africa, captured the imagination of the world. I remember huge crowds gathering and celebrating on the streets of South Africa. There was hope…

Many innocent people, however, continued to lose their lives. One of them was Chris Hani, the South African Communist Party leader who was assassinated on the 10th April 1993 outside his home in Dawn Park, Johannesburg. The country was on the brink of civil war. Mandela, not yet president went on national television delivering an incredible message to the nation and I remember listening in awe: “Tonight I’m reaching out to every single South African, black and white, from the very depths of my being,” he began. “The cold-blooded murder of Chris Hani has sent shock waves throughout the country and the world. Our grief and anger is tearing us apart.” He urged against violence and retaliation. “Our decisions and actions will determine whether we use our pain, our grief, and our outrage to move forward to what is the only lasting solution for our country – an elected government of the people, by the people, and for the people.”

Nelson Mandela and FW De Klerk were jointly awarded the Nobel Peace Prize later that year and the Nobel Committee hailed them for “looking ahead to South African reconciliation instead of back at the deep wounds of the past.”  De Klerk, a deeply religious man and a remarkable statesman in own right, sacrificed his career; Nelson Mandela sacrificed his life and he had forgiven his jailers.

I have very clear memories of the 27th April 1994: following years of liberation struggle and 3 years of intense negotiations, millions of South Africans voted in the first democratic elections. I lived and voted in Potchefstroom, a small University town that many international Olympic athletes, including double Olympic champion in Athens, Kelly Holmes, would later use as warm weather training base. In 2010 Spain used Potchefstroom as the base for their successful FIFA World Cup campaign.

I was at the Union Buildings in Pretoria on the 10th May 1994 to witness one of the most important events in the history of South Africa: the inauguration of Nelson Mandela as President.  I was a young doctor and part of a small team of military medical officers responsible for the medical care of the attending local and world leaders. I stood no more than 30 meters from the podium listening to Nelson Mandela’s inauguration speech – not far from where Benazir Bhutto was sitting. After delivering his speech and following the inauguration ceremony, Mandela and De Klerk both turned to the huge crowd, Mandela raising the hand of the former president saying: “We have to do this together.”

I will never forget the 24th June 1995, the final of the South African Rugby World Cup. Just before kick-off, in probably one of the greatest political gambles of his career, Nelson Mandela appeared before the mostly white crowd of more than 60000 wearing a green and gold Springbok jersey to shake the players’ hands. The crowd erupted and of course we won! Nelson Mandela and Francois Pienaar together on the podium in green and gold holding the Webb Ellis Trophy marked the emergence of the ‘Rainbow Nation’.

I remember 2010 – Nelson Mandela’s public triumph of an amazing Football World Cup in Africa. I also remember his personal tragedy when he lost his granddaughter in a motor vehicle accident in Gauteng at the same time.

What is the legacy of this remarkable man?  Can we learn anything from him, his life, his words, his choices? What if Nelson Mandela was a Sports Physician?

‘In judging our progress as individuals we tend to concentrate on the external factors such as one’s social position, influence and popularity, wealth and standard of education. These are, of course, important in measuring one’s success in material matters and it is perfectly understandable if many people exert themselves mainly to achieve all these. But internal factors may be even more crucial in assessing one’s development as a human being. Honesty, sincerity, simplicity, humility, pure generosity, absence of vanity, readiness to serve others – qualities which are within easy reach of every soul –  are the foundation of one’s spiritual life. Development in matters of this nature is inconceivable without serious introspection, without knowing yourself, your weakness and mistakes.’[1]

If Nelson Mandela was a Sports Physician he would probably not have been famous. He would have been profoundly human, showing emotion, compassion and real humility. He would have acknowledged his imperfections and asked for forgiveness where he perhaps failed to diagnose a stress fracture early enough or recommended a treatment without taking into account the feelings and circumstances of the athlete: “I have made missteps…” He would have forgiven missteps against him: “resentment is like drinking poison and then hoping it will kill your enemies.”

He would have sat down with an athlete who just missed out on an Olympic medal or who failed to make the team; perhaps with comforting words or possibly just a quiet firm hand on a shoulder. He might have cried alone in his room later because he would have felt the pain of that athlete in his own heart. And in the morning they would have had breakfast or tea together and he might have said: “Difficulties break some men but make others. No axe is sharp enough to cut the soul of a sinner who keeps on trying, one armed with the hope that he will rise even in the end.”

To the young athlete and coach preparing for his first major event he might have commented: “I learned that courage was not the absence of fear, but the triumph over it. The brave man is not he who does not feel afraid, but he who conquers that fear.”

He would have known when and how to protect the vulnerable.

He would have truly acknowledged the unsung heroes: the clinic cleaners, the hospital security guards, the volunteers, the midnight nurses and paramedics, the lonely receptionist whose mother is critically ill in hospital. He would have stopped and asked about their lives, their worries, their triumphs, their ambitions… “Man’s goodness is a flame that can be hidden but never extinguished.”

He would have wept about the ongoing injustices to fellow human beings around the world; injustices based on race, religion, sex, education, wealth or class. “… to be free is not merely to cast off one’s chains, but to live in a way that respects and enhances the freedom of others.”

As a hospital executive or medical team leader he would have remembered that “a good head and a good heart are always a formidable combination”. He would therefore have “lead from behind and put others in front, especially when celebrating when nice things occur.” He would have “taken the front line when there was danger.” He would have loved “independent minds because they tend to make you see problems from all angles”.

He was indeed a remarkable man, touching and forever changing the lives of millions.

My privileged life was touched by his life. It is his humanity, his forgiveness that gave me wings.

I salute this man, this fellow African. I celebrate the life of a humble giant who lived the true meaning of forgiveness, generosity, sincerity and compassion.