Hamstring tears are incredibly common, so common in fact that occasionally us physios get them! Richard Norris knows hamstring injuries inside out, partly because he’s a clinical specialist in lower limb injuries and partly because he recently pulled his hammy! He’s kindly agreed to share his experience with us and link it with some excellent recent research.

Richard is the co-founder of a private clinic The Physiotherapy Centre in Liverpool. He is also an orthopaedic physiotherapy specialist in lower limbs at Warrington and Halton Hospitals NHS Foundation Trust. 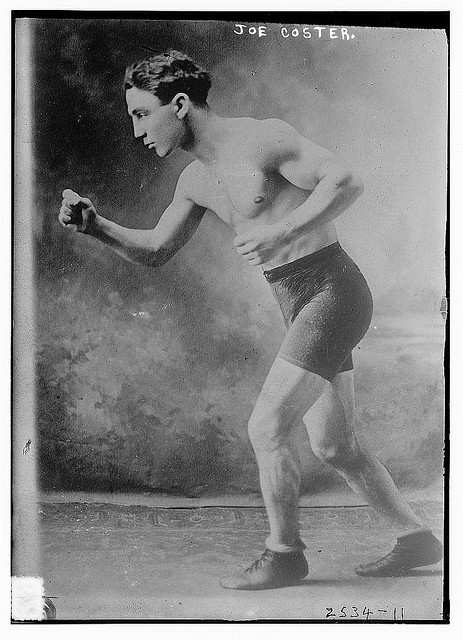 Picture the scene..17th May, 2013. Long day at work completed, legs feeling heavy but my guilty conscience won’t let me skip the usual Friday evening interval workout at the gym. A warm up is usually standard practice before any exercise but with energy levels waning it seemed a good idea at the time to just get the intervals over and done with. BAD MOVE. At full running speed I felt the lateral aspect of my hamstring muscle belly tear and, on reflection, did well to dismount the treadmill while still being vertical.

After a few minutes of self-condemnation I realised that this acute hamstring tear presented an opportunity to put some new rehabilitation principles into practice and Tom has been kind enough to let me share my experience in his ever-popular blog.

Hamstring muscle injuries are regularly referred to as ‘heterogenous’, meaning they come in a variety of types, sizes and locations. Consequently, two people can tear exactly the same muscle but recover at different speeds. Fortunately, a consensus statement was developed last year to provide a clear muscle injury classification system and this open access article is freely available online (the picture below is sourced from this paper).

Unfortunately it was impossible to grade my tear exactly as, by definition, this is determined by the findings on MRI or ultrasound scanning and I don’t have a spare one of those lying around. I definitely felt a tear with well-defined, localised pain but there was no obvious palpable defect in the muscle, or haematoma. Stretching definitely reproduced the pain but I hadn’t lost function and therefore I can only assume it was either a minor or moderate tear. Tears lesser or greater than a fascicle (equivalent to a strawberry lace) represent minor and moderate tears respectively. Ekstrand et al (2013) have since utilised this classification system and found that structural injuries take longer to recover than functional disorders, with larger tears taking longer than smaller tears, as basic logic would imply.

With the POLICE on the scene I then sought out some high quality research looking at potential rehabilitation programmes and found a RCT from March, 2013 by Carl Askling and colleagues.  Carl has published numerous papers on hamstring injuries and there is also a fantastic BJSM podcast with Karim Khan for those that don’t like reading. What I liked about their work is that, although MRI is useful, there are other clinical indicators that help to determine prognosis. The rehabilitation exercises are the same regardless of the grade of tear and require no equipment, so there’s no excuse for not doing them.

The conclusion drawn from the RCT was that patients recovered significantly quickly using rehabilitation exercises that involved lengthening the muscle (L-protocol) rather than conventional exercises that concentrated less on lengthening. The 3 lengthening exercises (‘the Extender’, ‘the Diver’ and ‘the Glider’) are started 2 days after the onset of injury and are demonstrated in videos on the BJSM website (linked below) but be warned, they can take a while to load.

The exercises themselves aim to increase flexibility while also incorporating elements of strength and trunk/pelvis stability and are performed at specific intervals:

This paper was turning out to be a good find so I set about the exercises with enthusiasm. Day by day my pain free range of movement during ‘the Extender’ increased. By far the most provocative exercise was the Glider but this also became easier on each attempt and eventually I was almost able to do the front splits for the first time since I slipped over roller-skating as a child. In addition Carl suggests that you may be able to jog pain free 3-4 days post-injury despite the fact that walking is uncomfortable. This seemed counterintuitive but sure enough the shorter stride lengths I was taking when jogging was actually more comfortable than walking!

My hamstring was feeling better day-by-day so the next question that arose was: at what point is it safe to go back to the offending activity? Fortunately Carl and colleagues have also developed an easily applied clinical test to determine when people are ready to return to full activities. Once the L-protocol exercises are pain free and there is full hamstring range of movement, a supine straight leg raise is performed at maximal speed and through full range (Askling H-test) to determine whether the patient feels INSECURITY in the hamstring. If there is no INSECURITY then this indicates that the person can try returning to sports but if there is INSECURITY then rehabilitation should continue and the person be re-tested in 3-5 days.

I was now 11 days post-injury, the L-protocol exercises were easy and the Askling H-test was passed with no insecurity so it was time to try out sprinting again (following a decent warm up!). Feeling like I may be slightly over enthusiastic and missing something obvious I tweeted Carl (@CAskling) to inform him of my progress, expecting him to pull the reigns on me. Instead he simply replied ‘Please inform about your progress’. So I waited for the offending treadmill to be vacated in the gym and built the speed back up to my normal pace… without even a twinge. My biggest problem was how easily fatigued my legs felt having not ran at full throttle for 11 days but I imagine this would have been worse if I hadn’t started the jogging so soon after the injury. Interestingly there is a category from the consensus statement called ‘fatigue induced muscle disorder’ and it’s easy to see how you could slip from one category to another during your rehabilitation.

In the BJSM podcast Carl states that only ONE of 190 athletes (0.53%) that have followed the L-protocol have had a recurrence of their injury so far! This is amazing considering recurrence rates are cited in the literature as 12-63% (Brukner et al, 2013). I would say make that 191 but I don’t think I fit into the ‘athlete’ category. The relevance of this is that re-injured muscles may actually take longer to recover than ‘new’ tears (Ekstrand et al, 2011) and so an important goal of rehabilitation is not just to return the person back to full activities as soon as possible, but make sure as best as possible that they don’t suffer a re-injury.

Current status: having navigated successfully through the dangerous first month of injury  (Brooks et al, 2006) I’m keen to keep the hamstrings in as good a state as possible knowing that the risk of re-injury remains elevated for the first 12 months (Hagglund et al, 2006). Peterson et al (2011) have demonstrated that a structured programme of Nordic hamstrings exercises reduces the incidence of hamstring injury recurrence by approximately 85% so I am trying these out diligently. Again, there is a fantastic Physioedge podcast by Kristian Thorborg covering these exercises for anyone interested but in general, they need to be progressed gradually and patience is required as the positive effects may not kick in until the 10 weeks stage.

In summary: prevention is better than cure so don’t skimp on the warm ups. But in the event of an injury I have found the L-protocol extremely effective and the Askling H-test seems to give a good indication of when you’re ready to return to full activity. The amount of time it me took me to return to sprinting appeared to support the good prognosis that was indicated by a running-induced injury and the tear being quite far away from the ischial tuberosity.