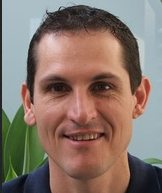 I am very interested to have read the Blog by Drs Fowell and Earl (https://blogs.bmj.com/bjsm/2012/08/17/closing-soft-tissue-wounds-rapidly-at-pitchside-a-role-for-metal-skin-staples-without-anaesthesia/) about the use of staples to close lacerations on the side of the pitch in football matches.

I used metal staples like this quite a few times myself in the early 2000s in rugby league and wrote up one of the cases in the BJSM (Orchard JW. Video illustration of staple gun to rapidly repair on-field head laceration.  Br J Sports Med 2004;38(4):e7). Now I still use staples as one of the options for closing wounds in rugby league players, although no longer do I do it on the sidelines. Shortly after the 2003 case (which was subsequently written up) a further case which was far more notorious occurred when I closed an eyebrow laceration on Michael De Vere in a rugby league State of Origin game

This was done on the pitch itself whilst a video refereeing decision was being made, meaning that the player didn’t leave the field – he didn’t miss any playing time at all. The video of the procedure, however, was captured on TV and shown to millions of viewers. The reaction to the vision was that the NRL (National Rugby League) banned the use of the staple gun outside the dressing room, meaning that players have to now leave the field to have a laceration closed.

The issue of management of lacerations is one which not only is of concern to team doctors – who must weigh up both (1) optimal medical treatment of an injury and (2) minimising loss of game time for players – but it now also needs to be a major concern for sporting administrators.

I cover some of the related issues in an Editorial in the August 2012 BJSM (Click here for: Orchard J. More research is needed into the effects on injury of substitute and interchange rules in team sports Br J Sports Med 2012;46:10 694-695). All sporting bodies should engage Medical Directors and medical/injury management concerns must to be prominent when considering existing and proposed new rules. Whether use of staple guns pitchside should be recommended in a sport depends on quite a few factors, including (but not finishing with) whether it will lead to unpleasant images on TV.

Blood management will be influenced by substitution rules

The sports rules for handling blood and the interchange/substitute laws clearly have a major impact on medical management. If the rules allow for “free” interchanges/substitutes for bleeding wounds (as per rugby union), then the player can be treated in the dressing room with minimal time pressure. However, this privilege (‘free’ substitution to respect the bloody player) can also lead to the distortion that it is advantageous for a team to have a player suffer a laceration (as they get an extra interchange in these circumstances). This, of course, is the scenario under which the “Bloodgate” affair arose. If it is disadvantageous for a team to have a player missing from action, then extremely rapid wound closure becomes a valuable priority. The challenge for all sports lies in balancing all of these concerns.

Practical implications of Fowell and Earl’s new data (blog, above)

I suspect that some football team doctors will look at the large case series of Fowell and Earl and decide that under the current FIFA rules (3 substitutes but no interchanges or “blood bins”) it makes sense to use staples on the side of the pitch, without local anaesthetic, for the uncommon scenario (in football) of a head laceration. History is in danger of repeating itself; this practice may be tolerated until children are exposed to it in their living rooms (e.g. by seeing a replay of it being done in an FA Cup final, for example).

A benefit of any debate on whether or not to ‘ban’ pitchside stapling in football will be that it should include a consideration about introducing an interchange player to the game itself. If soccer was to allowed 3 substitute players but also 1 roving interchange – the converse of the current ‘bench’ in the AFL (Australian Football League) – then a player could be interchanged off for 5 minutes for stapling/suturing to be done in the dressing room, without penalty to the team. It would also allow the player to be more thoroughly assessed for any co-existing concussion from the same blow to the head. This would fix an uncommon but consistent problem in the sport — how to deal fairly with the bleeding player.

It may also help fix a consistent but far more common problem – the exaggeration of minor injuries. If a player who was tapped on the shins and needed 2-3 minutes to recover was able to be interchanged off the field and temporarily replaced until this recovery, there wouldn’t be as much benefit in “playing dead” to stop the game if the temporary replacement could be made without hurting the team. A hybrid bench of substitute and interchange players (or one with a limited number of interchages rather than substitutes) probably leads to optimal injury management and perhaps even fewer injuries overall.

To close, I contend that the debate about what is best for a sport shouldn’t start with an argument of “this is how it’s always been done” but it should finish with “this is how we will make sure our sport gets the balance right between entertainment, fair play and optimal injury management”.

This Guest Blog relates to the BJSM Blog posted on August 16th – please scroll down.

John Orchard is an Australian sports physician who has worked with numerous professional team sports. His sometimes controversial views are personal and not necessarily representative of organisations he is affiliated with. You can read more at www.johnorchard.com and/or follow @DrJohnOrchard on Twitter