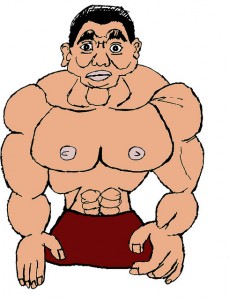 Last year Discovery Sharksmart  anonymously surveyed 9824 male pupils attending 20 high schools in South Africa regarding various lifestyle behaviours.  One section of the questionnaire related to the use of anabolic steroids, the results of which proved both interesting and somewhat surprising. The response rate to the survey was in excess of 85% meaning that the results could be seen as representative of the high school population surveyed. In the survey approximately 5% of the respondents acknowledged having tried steroids at some stage in their lives – this figure was lowest for grade 8’s (1.2%), as expected, and highest for grade 12’s (9.5%). It is possible that these figures are indeed an underestimation of the real situation as a result of under-reporting.

The results of the survey are not only surprising in that they reveal the relatively frequent use of anabolic steroids, but also because the main reason reported for steroid use is for self-image reasons, and not for enhancing sporting performance, as is the common perception. Two thirds of the pupils who had used steroids stated that they did so primarily to “look good”, while only a third did so to perform better on the sports field. Incidentally, the main source for obtaining steroids by schoolboys was reported to be from gyms.

The finding that steroid use has the strongest association with recreational and hard drug use, and the weakest association with sports performance, suggests that steroid use in our schools is a “lifestyle” or social problem; it is more of a social behaviour undertaken for social reasons, similar to the use and abuse of mind altering drugs like marijuana, ecstasy and cocaine. With this in mind then, it was easier to understand why half of the nearly 10,000 respondents indicated in the survey that they did not consider the use of steroids as “cheating”; the notion of cheating is only relevant to a sporting context.

In this material world of designer clothes, shoes, accessories and electronics, have some of our youth reached a point where the use of body altering drugs like anabolic steroids to produce designer bodies is just an extension of this culture?

The South African Sports Medicine Association (SASMA) is one of 8 international member societies that partners with BJSM. See the South Africa focussed issue of BJSM (June 2012) by clicking here. 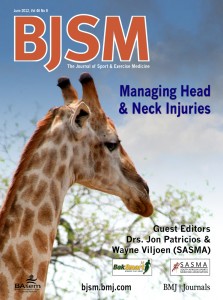